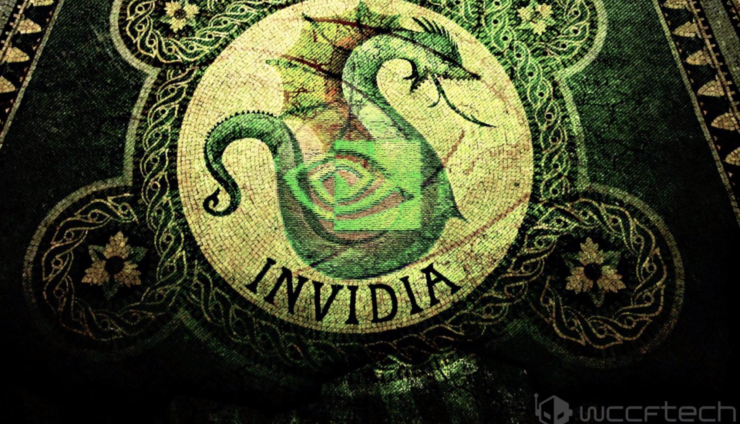 The word NVIDIA originates from the Latin word INVIDIA, associated with the evil eye.

Riding into its calendar year 2020's first earnings report, and fiscal year 2020's fourth, NVIDIA Corporation (NASDAQ:NVDA) had high expectations surrounding it. During the course of the day's trading, NVIDIA consistently beat 52-week high share prices and offered investors an 81% return over the year as the company looked to consolidate market share by dropping prices of the GeForce RTX 2060 to $299.

Unencumbered by headwinds from the trade war between the United States and China, Wall Street analysts pegged the company to beat its performance in the fourth fiscal quarter of 2019. Back then, NVIDIA had earned $2.21 billion of quarterly revenue and $0.80 in non-GAAP earnings per share, marking a year-over-year drop for the company. The analysts expected NVIDIA to beat these results, by posting $2.98 billion in quarterly revenue and $1.67 in earnings per share.

The big news from NVIDIA's previous quarter was that Gaming, the company's most important segment, posted a slight year-over-year decline of 5%. This drop was, however, compensated through growth in Datacenter, and overall, the company's revenue grew by $103 million. More importantly, Gaming revenue posted by NVIDIA in its previous quarter flirted with the pre-crypto-drop levels in excess of $1.7 billion that it used to rake in prior to the company's year-ago quarter.

NVIDIA had reported revenue from this crucial segment at $954 million in its fourth quarter of fiscal year 2019 - making for horrendous 46% sequential and 45% year-over-year drops. At the time, the company's management put the blame for this on excess channel inventory and fluctuating market competition.

In its fourth quarter of 2020, NVIDIA Corporation reports $1.49 billion revenue from Gaming, $331 million from Visualization $968 million from Datacenter, $163 million from Auto and $152 million from all other operational areas combined. Cumulatively, this results in the aforementioned $2.77 billion in revenue earned for the quarter. Crucially, as you'll notice, Gaming marks for a $168 million sequential drop and $537 million year-over-year growth. Heading into today's release, analysts had expected NVIDIA to earn in between $1.6 billion - $1.75 billion in revenue from Gaming, and the company has missed these estimates by a mile.

The company's Datacenter revenue validates the management prediction of a recovery in demand for the segment. NVIDIA's Datacenter revenue dropped by 8% year-over-year and grew by 11% sequentially in its third quarter of the fiscal year 2020. In the company's latest quarter, revenue from the segment has grown 33% sequentially and 43% year over year.

The decline in Gaming revenue reflects slower sales of mobile and system-on-chip gaming platforms and as expected, GPU sales have driven sales from the segment up yar-over-year. Datacenter sales were driven by sales made to hyperscale customers.

Importantly, gross margins remain healthy and stand at a high of 65.4%. So while NVIDIA's sales might not be performing well in segments that have propelled revenue historically, the company is becoming leaner operationally. This fact is also reflected in a healthy 5.4% operating income growth exhibited sequentially, despite a sequential and year-over-year increase in operating expenses beefed up by stock-based compensation and infrastructure-related costs.

Looking towards the future, it's clear that it is Ampere all the way for NVIDIA. The next-generation GPU microarchitecture is anticipated to boost power efficiency by at least 2x over its predecessor Turing and improve performance by at least 50%. Reports have also pegged performance gains at a cool 75% for supercomputers. Products based on the designs will boost gaming revenues by 12%, analysts have speculated, so if you're feeling down from the Gaming revenue drop today, look forward to Ampere later this year (in the GTC in March).

Ampere launch will also bring Samsung's 7nm Extreme Ultra Violet lithographic process to Green team's graphics processing units, and the launch will come at a time when NVIDIA still reigns supreme in the market. 2020 is also expected to be a good year for the personal computing market which grew by 4.3% in the calendar year 2019's fourth quarter.

Coronavirus reigned supreme in NVIDIA's outlook for the fiscal year 2021's first quarter, with revenue outlook reduced by $100 million. For the quarter NVIDIA expects to:

Finally, we'll have to wait for beyond Q1 2021 to get more details for the Mellanox acquisition.

At the time of publishing, NVIDIA Corporation is up by 6% in aftermarket trading. The company closed at $270.78 today, marking a 0.65% decline over yesterday's close. Following NVIDIA's Gaming miss, Advanced Micro Devices, Inc ( (NASDAQ:AMD) gained 1.19% in after-hours trading.