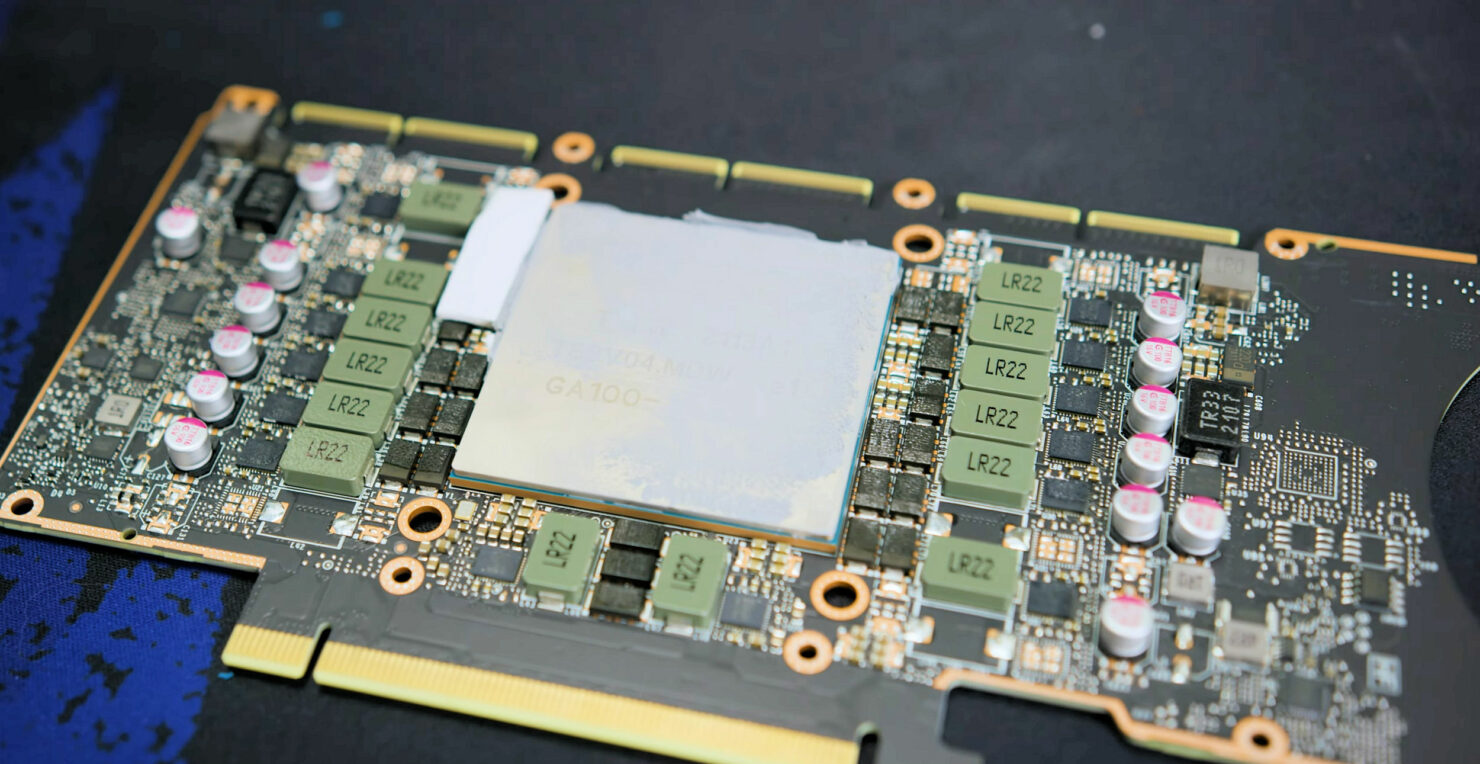 Linus Tech Tips recently released a new video on their YouTube channel, showcasing the NVIDIA CMP 170HX card with GA100 GPU. This new $5000 card, manufactured by the company, is incapable of playing any of the brand new AAA titles on the market. In fact, it can't play games at all.

NVIDIA's new graphics card sports a headless design and includes a noticeably large copper heatsink surrounded by a large aluminum shroud. The purpose of the new first-party CMP 170HX card with GA100 GPU was made strictly for cryptomining.

The new cryptomining card is fanless, requiring it to cool via the server chassis. Onboard is the GA100-105F GPU, a processor that is typically used on the NVIDIA A100 SXM or PCIe accelerators for data centers. However, the GPU is stripped-down compared to its main uses.

Since the card comes in limited supply due to the price and its purpose, finding hardware photographs on the Internet are scarce. The team at Linus Tech Tips, however, knew it was necessary for there to be some sort of source material on the subject. The team decided to take apart the card and find out what truly makes it tick.

The first thing that was noticed was that the NVIDIA CMP 170HX card has a heat spreader that covers the entire interposer section—a heat spreader much larger than most other cards on the market for much less. Upon researching the card, Linus points out that there are no specific known drivers or software that recognizes the card upon installation.

The resale value of this card is actually not very high considering it does not work with anything other than mining. As an example, despite listing CUDA capability, it is not even capable of rendering with CUDA kernel in Blender. Furthermore, any gaming API support has been removed, so no Vulkan or DirectX API support for potential cloud or virtual machine gaming either.

The NVIDIA CMP 170HX GA100 GPU has 4480 CUDA cores with 8GB of HBM2e memory. Due to the fact that the card does not require an extremely large buffer for memory, it is the ultimate solution for cryptomining "because the current DAG file for Ethereum mining is still under 5GB."

The NVIDIA CMP 170HX GA100 GPU has a low amount of tunning options accessible to the card. Crypto enthusiasts that use this card are capable of adjusting the limit of power, improving power efficiency from 250W to 200W while keeping the same hash rate, which happens to be ~165 MH/s for the Ethereum cryptocurrency.