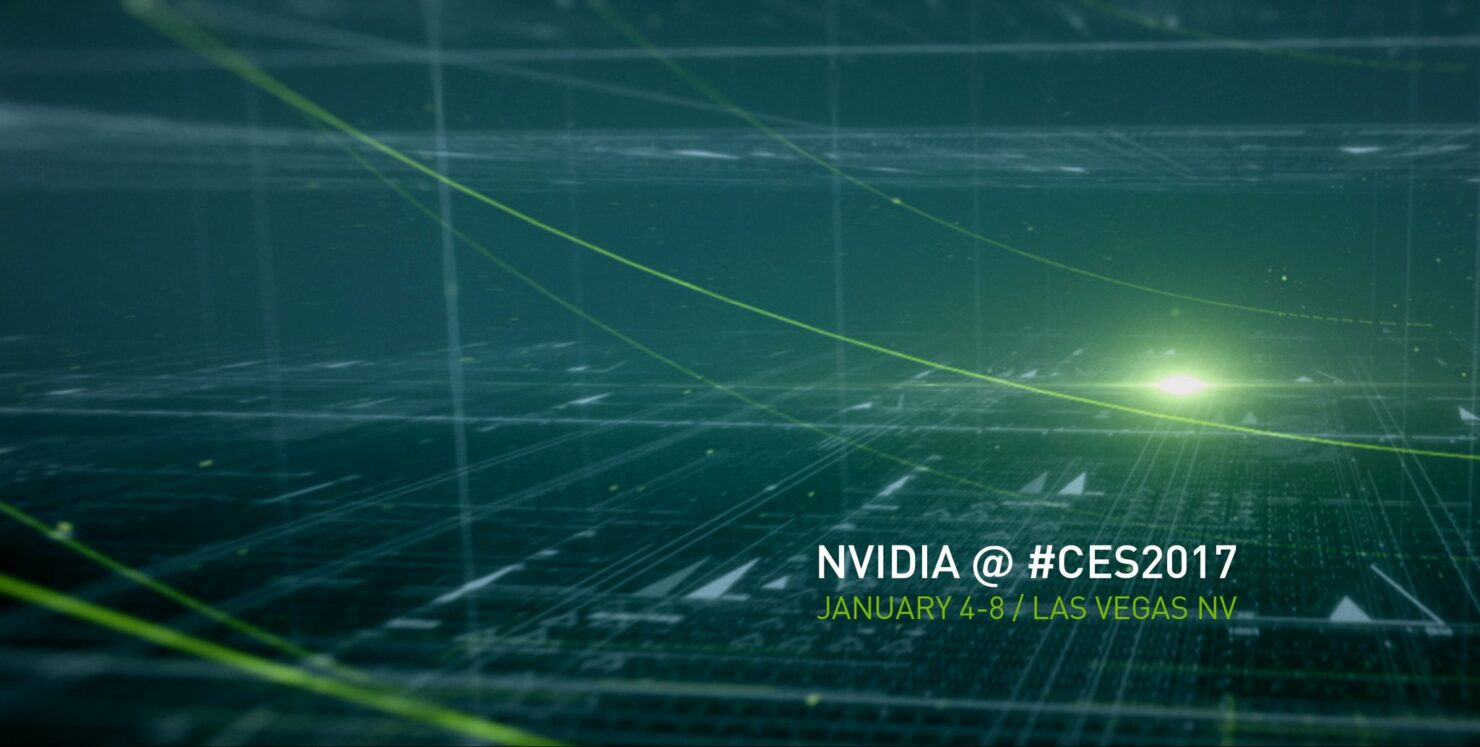 NVIDIA is holding their CES 2017 live event today, where they will be showcasing a broad range of technologies aimed at consumers. NVIDIA's CEO, Jen-Hsun Huang will be in the spotlight once again as he announces brand new and future technologies for the consumer industry.

(NOTE: LIVESTREAM LINK WILL BE ADDED PRIOR TO START OF THE EVENT)

The event will take place in Las Vegas at 6:30 P.M. PST (Pacific Standard Time). We can definitely expect new product announcements in the GeForce and Shield department. NVIDIA will also be focusing on AI research as deep learning is now part of NVIDIA's GPU strategy for the long term. We will see hardware that will be aimed to fuel automobile AI research and capabilities. Following are some of the key topics that NVIDIA will discuss at the event:

This January, NVIDIA will help CES launch the new year in technology when our co-founder and CEO, Jen-Hsun Huang, takes the stage to give the preshow keynote address.

Like a triple-shot of espresso, the show promises to jolt the more than 165,000 attendees who will check out the latest and greatest that tech has to offer, across 2.4 million net square feet of exhibitions. More than 6,500 reporters will be there from more than 150 countries to get a jump on the news.

When Huang takes the stage, you can be sure he’ll break news in some of the areas we’re focused on: artificial intelligence, self-driving cars, virtual reality, and gaming.

What Happens In Vegas Never Stays in Vegas

This may be NVIDIA’s first CES keynote, but it won’t be the first time we’ve made headlines at the show.

Last January, we unveiled the world’s first supercomputer for self-driving vehicles, DRIVE PX 2, one of the hits of the show.

Two years ago, we ignited worldwide conspiracy theories after commissioning a mysterious crop circle in Salinas, Calif. And then unveiled a new Tegra mobile processor with otherworldly capabilities, and fessed up to the marketing stunt.

There are no hints, yet, as to what will be unveiled during Huang’s keynote. But you’ll want to make sure you’re part of the action by registering for CES, which just opened last week. via NVIDIA

The event will span for an hour or two and NVIDIA will have enough time to discuss several products. Here's what we believe that the event may focus around:

Yeah, so our first expectation without a doubt should be the GeForce GTX 1080 Ti graphics card. There has been lot's of talk and rumors on this specific graphics card as it aims to provide Titan X level performance at lower price points. The card will be an ultimate solution for gamers as it will handle 4K gaming with ease but that depends on the specifications.

Recent rumors point out that the GeForce GTX 1080 Ti may end up being a full implementation of the GP102 GPU. There are also reports of it being based on a cut down variant but in either case, the card will be feature a price lower than Titan X (Pascal) with similar or faster gaming performance. The card will also have various custom models allowing users to take full advantage of high-end PCBs and aggressive cooling designs.

We can also expect NVIDIA's Club GeForce Elite service launching alongside the card. Information posted by NVIDIA on LinkedIn revealed that users with GTX 980 Ti will get a step up offer to GTX 1080 Ti. They will also be the first to avail pre-orders of the card. NVIDIA will also have talks dedicated on Virtual Reality which will be spicing things up for GeForce gamers around the globe.

NVIDIA will be showcasing brand new gameplay of Bioware's highly anticipated AAA Sci-Fi RPG title, Mass Effect Andromeda. Being a fan of the Mass Effect series, I genuinely can't wait to see more gameplay of Andromeda in action. The game launches on PCs and Consoles in March 2017.

NVIDIA will provide a good amount of gameplay with their Pascal based GeForce graphics cards. It's possible that the game will be showcased right after NVIDIA announces the GeForce GTX 1080 Ti graphics card. The game already had a technical preview made on the PS4 Pro at 4K (Running around 30 FPS with slimmed down visuals).

The GeForce 10 series cards with enthusiast grade performance may end up delivering true 60 FPS at 4K resolution with a better image quality. Another possibility is that NVIDIA may be using Gameworks features in the new title to amp up the visual display on PCs.

Are you excited for the Mass Effect Andromeda Gameplay by NVIDIA at CES?

A key focus for NVIDIA's CES keynote will be Artificial Intelligence and Deep Learning. NVIDIA has dedicated years of research in this field and launched GPUs specifically to accelerate AI research. The Pascal based Tesla P100 is a monstrous graphics chip that is designed to accelerate HPC in this category. NVIDIA will also show case new automotive technologies based around their Drive PX technology that utilizes GPUs and Tegra chips.

Lastly, we expect some demonstration or showcase of Volta by NVIDIA at the event. Their next generation architecture will accelerate GPU performance and efficiency to greater heights. NVIDIA announced their new Xavier SOC which will be feature in new Drive PX boards. This is also related to self-driving cars and AI based research.

It looks like Volta based chips will be NVIDIA’s most efficient products to date. Before we get into details on efficiency, let’s take a look at the specifications. The Xavier SOC is built on TSMC’s 16nm FinFET+ process node. The chip itself will pack a total of 7 Billion transistors.

Do you think NVIDIA will display Volta in some form at CES 2017?

It comes with 512 CUDA cores that are based on the Volta GPU architecture. This is a substantial bit as Volta has now been confirmed to be available in 2017. On the CPU side, the chip boasts 8 Custom ARM64 cores. NVIDIA hasn’t mentioned their Denver codename in the slides but since these are custom designed, ARM 64-bit cores, we could be looking at a next – gen Denver design that is yet to be disclosed. The chip comes with dual 8K HDR video processors and a super fast, computer vision accelerator for automotive applications.The chip is said to feature up to 20 DLTOPs worth of performance at a TDP of 20W.

Are you excited for the NVIDIA's CES 2017 event?