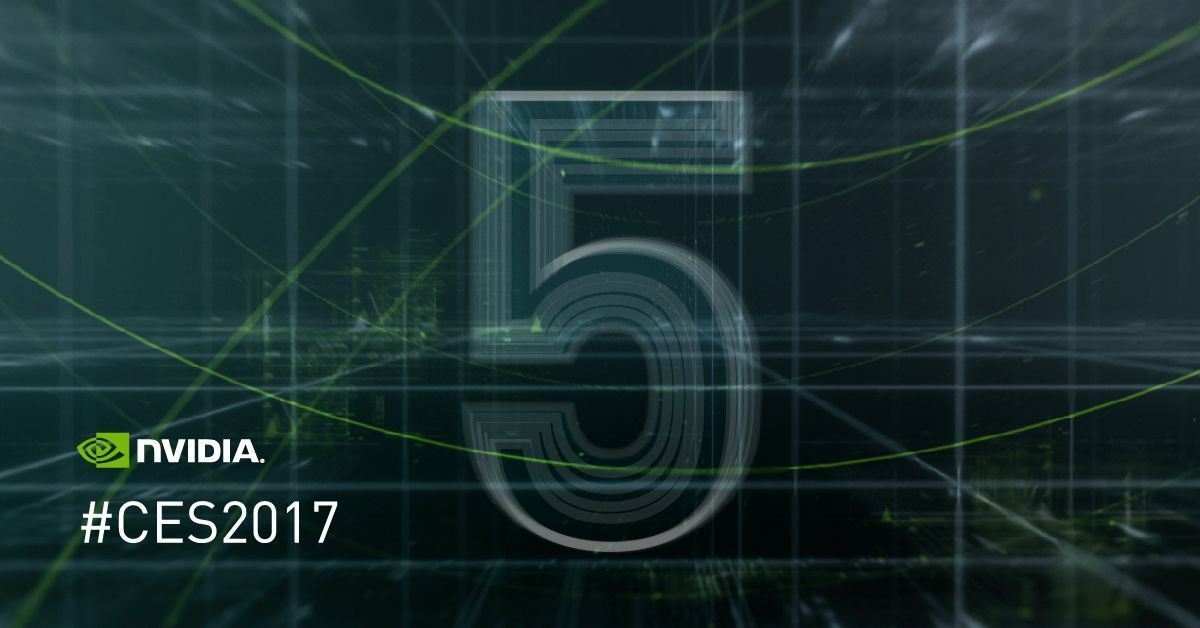 This poster present on the primary Nvidia website teases a big product announcement in 5 days.

NVIDIA is planning something very special for this year's CES tradeshow and everything points to this being the launch event for the GeForce GTX 1080 Ti graphics card as well as the GeForce Club Elite reveal. The company's many national domains are currently showing a clock that is counting down (for the past few days) and constant teaser posters are posted on their social media as well. At the time of writing, the countdown timer stands at 5 days to go for the big event.

Is the wait for the GTX 1080 Ti finally over? NVIDIA will be doing a major product announcement in 5 days at CES 2017

Ever since Pascal was announced, we have been waiting for the big chip to arrive in the mainstream segment. Unfortunately, without a competing GPU from AMD, NVIDIA really did not have any reason to launch a Ti version and cannibalize sales of the Titan X (P). It would seem that they have finally shifted into high gear and are getting ready to launch the mainstream flagship graphics card to start 2017 off with a bang.

So what exactly do we know so far? Well if you remember the leak we posted a few weeks ago, NVIDIA has already in a way confirmed the existence of the GTX 1080 Ti. In a recent job posting they let slip that their upcoming service, the Club GeForce Elite will be offering priority to GTX 980 Ti owners to upgrade to the 1080 Ti. Of course, NVIDIA hadn' t actually announced any 10 series Ti as of yet so the slip up might have cost somebody his/her job. As if to prove the authenticity of the leak, the posting was swiftly removed although you can still find its contents in our article above.

The Club GeForce Elite will be NVIDIA's new service which is basically a loyalty club and will offer the following features:

It goes without saying, that while the product announcement NVIDIA is talking about could be about something else entirely, the actual probability of that appears to be very low but certainly not zero. As far as we know, however, this announcement will be about the Club GeForce Elite service - and along with it the GTX 1080 Ti. While there hasn't been any word on pricing as of yet, we do have a fairly decent lock on some of the key specifications thanks to Zauba sightings of the upcoming flagship.

These are the confirmed specs of the upcoming GTX 1080 Ti card:

Keep in mind however, that Vega is apparently going to have theoretical compute performance of 12.5 TFLOPS and while you cannot compare across different architectures directly, it's a fair bet that the compute performance of the Ti will be close to this mark or greater. That means there is only a finite number of combinations that can achieve this result, so I have illustrated the following table to showcase the concept (with the major possible combinations). There is one possibility that is not included in this chart and that is if NVIDIA decides to go with a full-fat GPU.

All spec combinations of the NVIDIA GTX 1080 Ti graphics card that yield a compute performance greater than 11 TFLOPS.

The core count shows the theoretically possible combinations of NVIDIA's core count (in iterations of 64) and the MHz bar represents, well, the clock speed of the GPU. The inside of the table shows the compute performance in TFLOPS of these values and since we are hoping for a number greater than 11, I have taken the liberty to highlight those in green. To give some perspective, the reference GTX 1080 has a compute value of 8.7 TFLOPs. Although considering the 1080 overclocks like a beast, and the reference card really isn't indicative of real world performance, the real value is actually around 10.1 TFLOPs. Well there you go folks, NVIDIA has something big planned in 5 days, and hopefully it will be light on the pocket (one can dream).