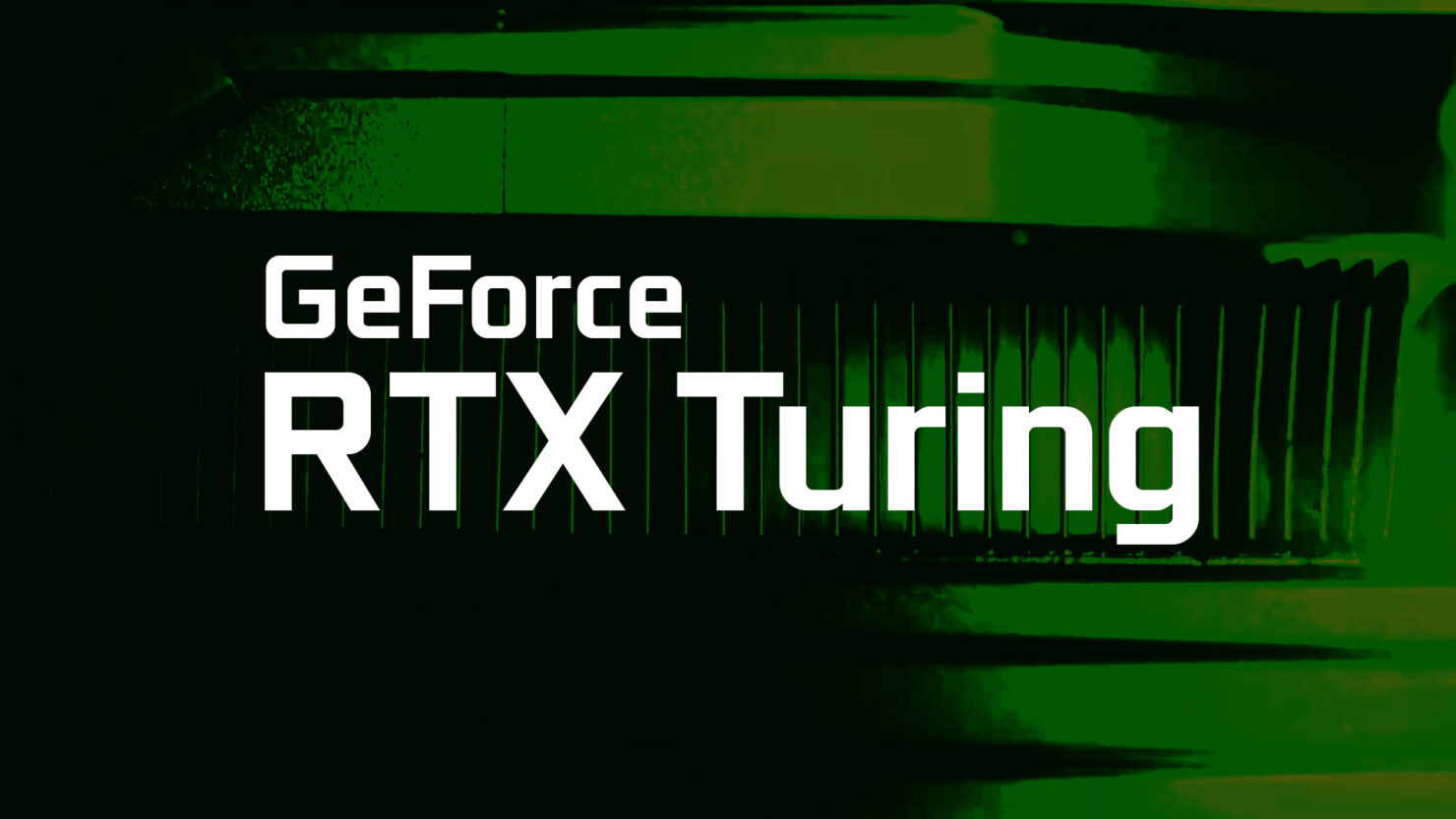 In between those two presentations, though, the NVIDIA CEO had another major appointment with investors and analysts for the company's Q2 2019 earnings. The conference call (fully transcribed by Seeking Alpha) had NVIDIA CEO Jen-Hsun Huang delve into the critical importance of the RTX family for the company's future. Huang also called Turing a "reinvention of computer graphics" and "the greatest advance" since the release of CUDA.

The rest of our product launches and the ramp-up of Turing is going really well. And so, I think the rest of the announcements we haven’t made, but stay tuned. The RTX family is going to be a real game-changer for us. And the reinvention of computer graphics altogether has been embraced by so many developers.

At GTC this last year in March -- GDC and GTC, we announced a brand new platform called NVIDIA RTX. And this platform has those four computation methods that I described, for generating images. We put that platform out with the support of Microsoft. They call it the Microsoft DirectX Raytracing. And the major game engine companies, Epic has implemented real-time ray-tracing and the RTX into, the Unreal Engine. And at GDC and GTC, we demonstrated for the very first time on four Volta GPUs, on four Volta GPUs, the ability to do that. And it was the intention of - to get this platform out to all of the game developers. And we’ve been working with game developers throughout this time.

This week, at SIGGRAPH, we announced our Quadro, which is the first -- the Quadro RTX 8000, 6000 and 5000, the world’s first accelerated ray-tracing GPUs. And I demonstrated one Quadro running the same application that we demonstrated on four Volta GPUs running in March. And the performance is really spectacular.

And so, I think the answer to your question is, developers all have access to RTX. It’s in Microsoft’s DirectX; it’s in the most popular game engine in the world; and you’re going to start to see developers use it. We’re going to see some really exciting stuff this year.

NVIDIA RTX with Turing is the greatest advance since CUDA, nearly a decade ago. I’m incredibly proud of our Company for tackling this incredible challenge, reinventing the entire graphic stack, and giving the industry a surge of excitement as we reinvent computer graphics. Stay tuned as we unfold the exciting RTX story.

There’s just simply no comparison to Turing. Turing is a reinvention of computer graphics; it is the first ray-tracing GPU in the world; it’s the first GPU that will be able to ray trace light in an environment and create photorealistic shadows and reflections and be able to model things like areal lights and global illumination and indirect lighting. The images are going to be so subtle and so beautiful, when you look at it, it just looks like a movie. And yet it’s backwards compatible, with everything that we’ve done. This new hybrid rendering model which extends what we’ve built before but added to it two new capabilities artificial intelligence and accelerated ray-tracing is just fantastic. So, everything of the past will be brought along and benefits, and it’s going to create new visuals that weren’t possible before.

We also did a good job on laying the foundations of the development platform for the developers. We partnered with Microsoft to create DXR, Vulkan RT is also coming, and we have OptiX that are used by ProViz renderers and developers all over the world. And so, we have the benefit of laying the foundation stack by stack by stack over the years. And as result, on the data that Turing comes out, we’re going to have a richness of applications that gamers will be able to enjoy.

Bold words from the NVIDIA CEO, for sure. Tomorrow we're getting the first official details on the GeForce RTX and we'll be able to see for ourselves whether Turing is truly going to be a revolution in real-time graphics.

Hopefully, we'll also hear about more developers using its new capabilities for raytracing in their upcoming games. So far, Metro Exodus remains the only confirmed title.