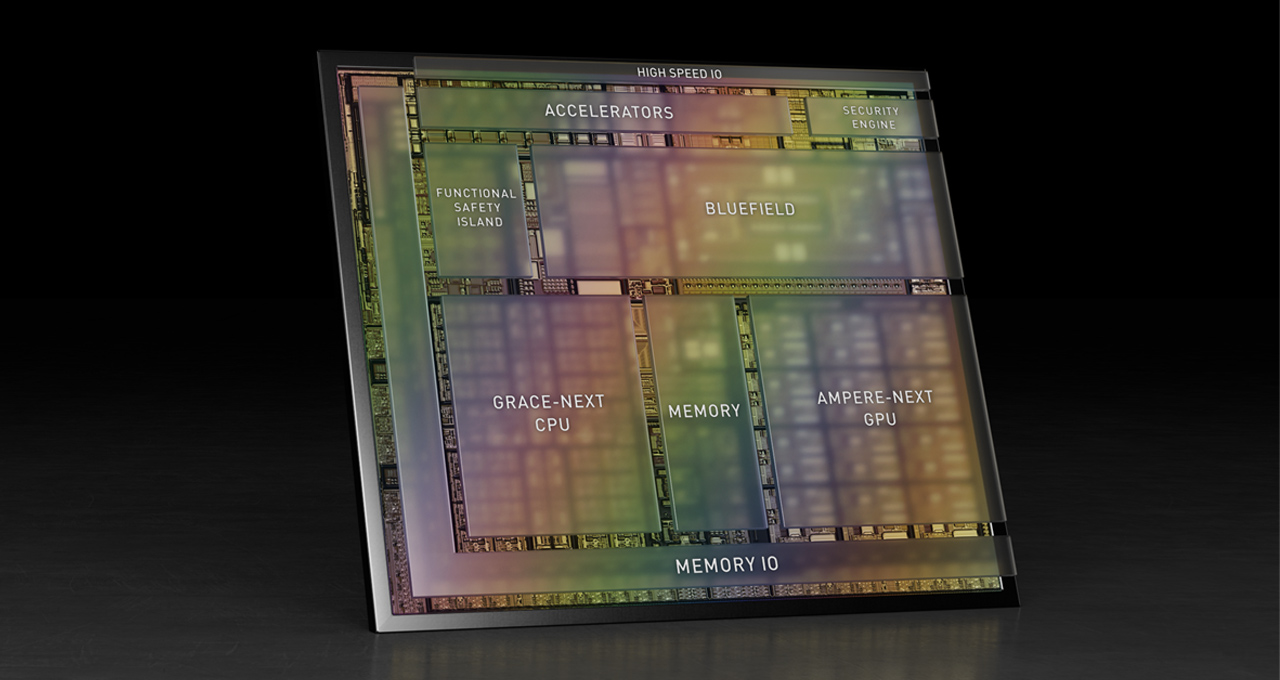 NVIDIA has finally lifted the curtains of its next-generation SOC, Atlan, which is based on next-gen ARM Grace CPU & Ampere Next GPU cores. The Atlan SOC is primed towards Autonomous Vehicles and several other products which will be announced in the coming months.

The successor to the Orin SOC, NVIDIA's Atlan SOC packs more advanced and next-gen IPs than ever before. While Orin featured the ARM Hercules CPU & Ampere GPU cores, Atlan is powered with NVIDIA's custom-designed Grace ARM cores and Ampere Next GPU cores. Once again, the SOC is the first official product to make use of a next-generation graphics architecture, just like its Orin predecessor which at the time featured Ampere GPU cores, months before the architecture made its formal debut in the HPC segment.

First up, we have the brand new Grace CPU which is a custom design by NVIDIA based on the ARM architecture. NVIDIA's Grace CPU makes use of the next generation Grace CPU cores which will be exceeding the performance of the ones unveiled today. The chip will run alongside a fast LPDDR5x memory subsystem that delivers more than 2x the bandwidth uplift and 10x the energy efficiency compared to LPDDR4x memory. You can read more about the Grace CPU in our full post over here.

The GPU side will be powered by the successor to NVIDIA's Ampere GPU which is expected to be known as Ada Lovelace. NVIDIA termed the next-gen GPU as Ampere Next in its latest roadmap and it has said the launch year of 2022 so we can expect Atlan SOCs to arrive sometime after that.

In terms of performance, the Atlan SOC will deliver up to 1000 TOPs on a singular chip and also offer 300 Gbps networking with a secure gateway. The chip on NVIDIA's Drive Atlan boards will be getting ASIL-D Safety Island capabilities. That's a 4x gain over the previous generation, by leveraging NVIDIA’s latest GPU architecture, new Arm CPU cores, and deep learning and computer vision accelerators.

The platform architecture provides ample compute horsepower for the redundant and diverse deep neural networks that will power future AI vehicles and leaves headroom for developers to continue adding features and improvements. This secure architecture will extend the safety and reliability of the NVIDIA DRIVE platform for vehicle generations to come. NVIDIA DRIVE Orin vehicle production timelines start in 2022, and Atlan will follow, sampling in 2023 and slated for 2025 production vehicles.