AMD and NVIDIA's next-gen GPUs based on the RDNA 3 and Ada Lovelace architecture are going to be insanely power-hungry if the latest rumors are to be believed. The information comes from a list of sources that have been very accurate in the past plus some new ones whose accuracy is not yet determined.

In our previous rumor article, we reported that the AMD RDNA 3 GPUs might end up being more power-efficient than NVIDIA's Ada Lovelace GPUs. We have seen the existing generation of RDNA products being slightly ahead in the efficiency department and that's expected to continue in the RDNA 3 series. The efficiency part is true for both monolithic and multi-chip-module variants and these would give NVIDIA's Ada Lovelace (a primarily monolithic architecture), a really hard time in the energy charts (power consumption & temperatures).

With that said, both AMD Navi 31 based on the RDNA 3 & NVIDIA AD102 based on the Ada Lovelace architecture will be power chugging beasts. Rumors from Kopite7kimi, Greymon55, and Bondrewd suggest that the NVIDIA GeForce RTX 40 series flagship based on the AD102 (Ada Lovelace) GPU will consume around 400-500 Watts of power. That's a 20-40% increase in power consumption over the existing flagship, the Ampere-based GA102 (RTX 3090) GPU.

And while AMD's RDNA 3 architecture is said to be more efficient, it will definitely be no less of a power-sipping beast than its competitor. According to Bondrewd at Beyond3D Forums, it is said that the Navi 31 GPU will feature a huge die that measures between 600-650mm2. That's a 15-25 percent die size increase over Navi 21 but that is expected since the chip would pack multiple dies for the GPU (GCD) and Cache (MCD). The forum member also reports that the Navi 31 GPU will be consuming 420-450 Watts of power which although slightly lower than NVIDIA's Ada Lovelace GPU, is still a 25-35% increase over the Navi 21 GPU (RX 6900 XTX). 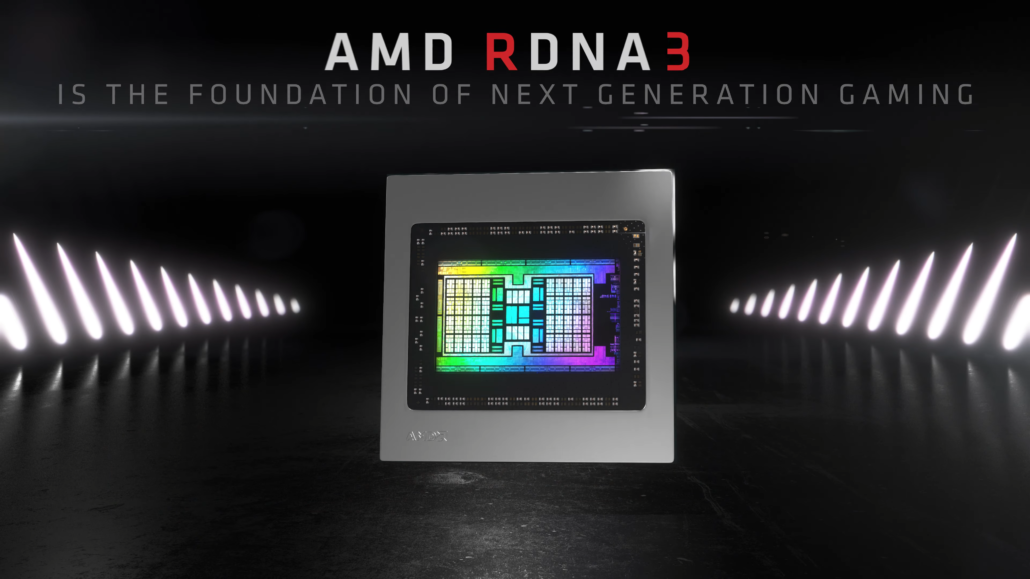 Another interesting rumor comes from Chiphell leaker, wjm47196, who was quite accurate about his AMD-specific leaks in the past. The leaker mentions that AMD's Navi 31 GPU has already been taped out and the Radeon RX 7000 series flagship, the RX 7900 XT, could be released by Q3 2022. AMD's CEO, Dr. Lisa Su, confirmed that AMD's RDNA 3 GPU lineup is on track for 2022 but info has been pointing to a Q4 2022 launch instead of Q3. It is likely that an announcement could be made in Q3 followed by an official launch in Q4.

Greymon55 doesn't seem to agree with this information and states that neither the AMD Navi 31 GPU has been taped yet nor should we expect a launch in Q3 2022 for RDNA 3 GPUs. The AMD RDNA 3 'Navi 3X' GPU-powered Radeon RX graphics card lineup is expected to offer up to 3.0x performance improvement over existing RDNA 2 offerings while NVIDIA is expected to deliver up to 2.5x performance gains over its Ampere architecture with Ada Lovelace GPUs. The increased power demand is expected considering we are looking at an insane amount of cores, over 15,000 for AMD & over 18,000 for NVIDIA in their next-gen parts and not to mention other cores that handle RT, IF & more GPU IPs along with higher clocks and the use of faster GDDR6(X) memory chips. So overall, the power increase is there for a good reason to offer more power than any GPU that came before.

It would mark a major leap forward for graphics evolution and now that AMD is already onboard with next-gen technologies such as FSR and Raytracing, expect a very heated next-gen competition between the red and green teams. Oh and in case you might be worried that these cards wouldn't be able to reach consumers in US states that have set new power regulations, then I need to clarify that it won't be an issue at all since the regulations only estimate the idle power draw on systems & individual (DIY) hardware is not regulated so getting a 500W GPU and running it wouldn't be much big of an issue.