As the new GTX 680 has just launched, bringing along with it the new Kepler architecture, Nvidia simultaneously announced 4 new mobile GPUs for the notebook market. But not is all is what it seems. 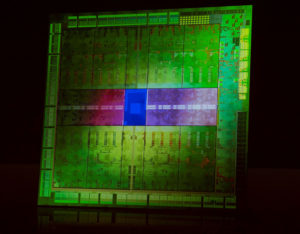 How you ask? As the 6 series has been launched, one would expect it to bring along  the Kepler architecture that is meant to replace Fermi. Turns out, the flagship GTX 675M turned out to be a Fermi, which is actually a rebadged 580M.

It maintains the same core clock speed of 620 MHz, 384 cuda cores and a texture full rate of 39.7 billion/s respectively with its GDDR5 memory running at 1500 MHz across a 256-bit interface. The Kepler GTX 680 has in comparison double the bandwidth of the 675M.

Nevertheless, mobile based Kepler parts are soon to surface near the launch of Intel’s Ivy Bridge CPUs. With the launch to be on 29th of April, we can only wait and see what else Nvidia has in store for us.