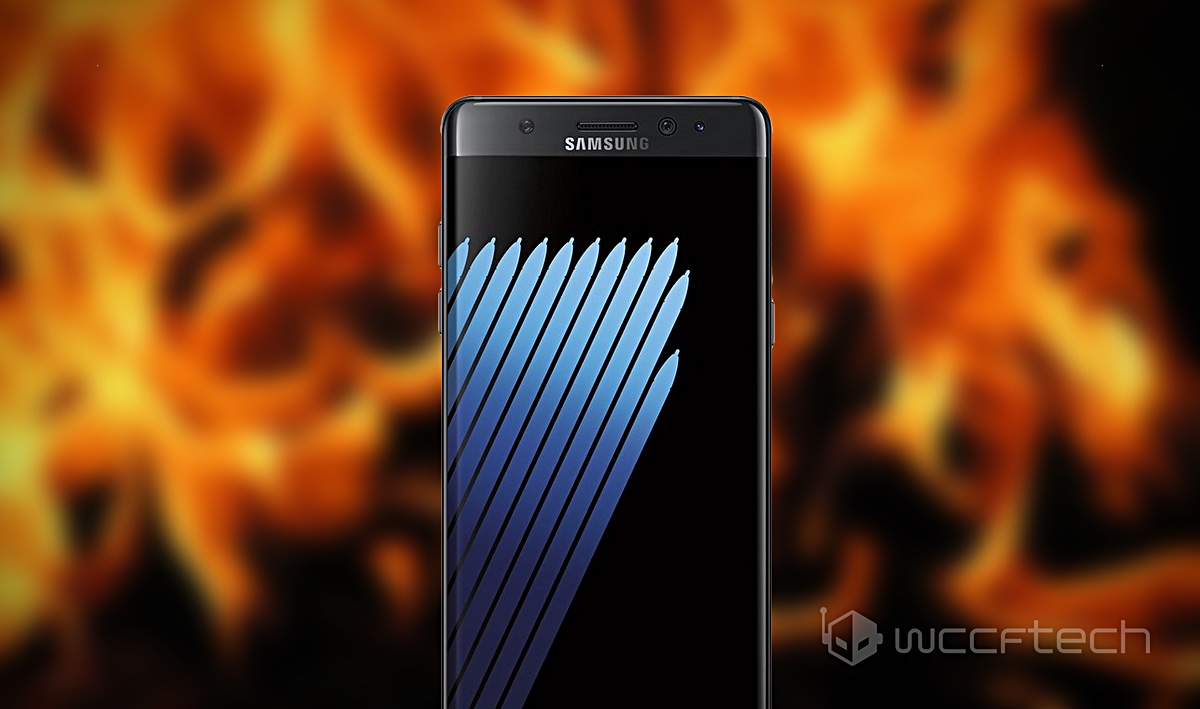 It was just under a week ago that we predicted that the Galaxy Note 7 issues would cause huge problems for Samsung (KRX:005930). Calling it a disaster could have genuinely been construed as hyperbole, now it's possibly an understatement. Having first attempted to recall the original products, which were believed to be burning and exploding due to defective batteries. The replacements were sent out and they also suffered from the same issues. Today, both the manufacture and sale of the Note 7 has been indefinitely suspended.

This has resulted in the largest drop for Samsung stock in eight years, with $17 billion being wiped from the company's market value. It's a huge blow for the company, even after it revealed that it's expecting to beat estimates for operating profit for the third quarter of this year.

The Damage Has Been Done

Of course suspending the manufacture and sale of what Samsung (KRX:005930) was aiming to be a flagship product is going to be incredibly damaging. We previously covered the fact that the original recall was placed at an estimated cost of $1 billion. Following this is the fact that the Note 7 cost the company slightly under $500 to manufacture, generating a revenue and profit of $600 and $108 per unit respectively. The Note 7 is becoming a very expensive piece of Samsung's history given the fact that these units are effectively useless.

Apparently Samsung has produced about 4 million Note 7's so far for a total cost of just under $2bn. Tack on $1bn for the initial recall, another $270m if they give refunds to the initial 2.5m sold as they're likely about to announce earnings which include those profits, gives a little over $3bn loss. Unfortunately however, the story doesn't end there. Samsung had been expecting to earn about $17bn from the Note 7 over the life cycle of the product. $17bn they now won't earn. All of this has compounded to cause one of the worst incidents in recent history for Korea's largest chaebol.

Samsung (KRX:005930) have a number of problems facing them now. Legal claims have already begun, although with Samsung stopping sale and telling people not to use their Note 7's, this should largely be contained to past issues depending on what they offer existing owners. Every owner of a Note 7 will likely be refunded and those harmed will be due a reasonable amount of compensation. Not to mention the damage that this could do to the other consumer-product related sales that Samsung engage in, ranging from televisions and washing machines to SSDs.

What I expect, and something we have argued for, is the complete abandonment of the Note 7. The conglomerate has more than enough profitable areas, including their booming components businesses, which will help cushion the losses caused by the Note 7, as they already have. Furthermore, as we have also covered today, Samsung are increasing production of the Galaxy S7 to further mitigate the losses of the Note 7. That much said, Samsung is heavily reliant on its mobile division with almost 45% of its profits last year coming from mobile.

One fear I have is that fear will cause the company to make a horrible choice and rush forward with the development and production of the S8. Rushing this could cause the exact same issues that has led to this prolonged saga and cause almost irreparable damage to their mobile division. I personally use Samsung phones and I'm loyal to them, having never had an issue before. It'd be incredibly sad to see them rush forward without thinking and roll out another faulty product, only in their biggest and most important line in the market.