Nokia N900 with Cortex A8 processor has been successfully overclocked to 1.0GHz. I just love people who like to take their phones or devices to the limit. These people are the reason all the manufacturers are compelled to improve on their devices. 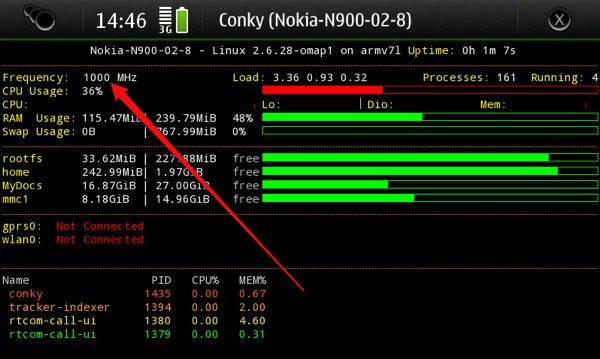 Lehto, a member of Maemo.org has successfully overclocked his N900 using custom Kernels to 1.0GHz. He did not do it in one go but tested by increasing to 650 Mhz and then with 100Mhz increments pushed the CPU to 1.0GHz. He adds in his post on the forums by saying:

"I didnt increase voltage. So far I've tested a lot of different applications that require heavy cpu calculating power and in short 10-15min bursts I've yet to notice any misbehavior @ 950mhz. The phone is now so smooth acting, but for how long?"

The phone was tested on over 1.0GHz speed but the stable speed according to him is just over 900MHz

In the below video, he shows off the overclocked phone while playing a game and performing various other tasks as well.