Nokia N9 gets a new color and a software update 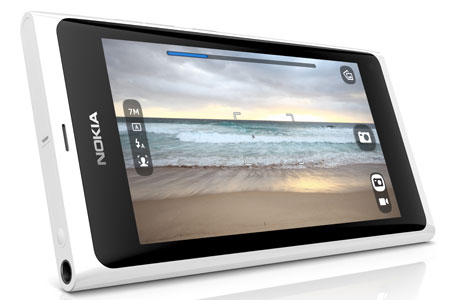 N9 is a fantastic phone all around, there is no doubt about that. However Nokia did shoot its customers in the heart by effectively killing off the device before it even had a chance to make a name for it self. And even though it is on sale, doubts about Nokia's commitment to the device were lingering. However, amongst all the Windows Phone news during the Nokia World yesterday, there was one small bit about the N9 that I'm sure Meego lovers would feel pleased in hearing.

Firstly the phone will be coming in an all white version and if press shots are to be believed, it looks just as gorgeous as its black, blue and red siblings. Secondly Nokia will be pushing a software update by the end of the year which will bring a few enhancements and big fixes to the phone. The update includes usability improvements, like music controls keys from the lock screen or closing apps by swiping them down by default and NFC tag reading is also added.

While Nokia's heart may lie with Windows Phone, it's certainly good to see the company at least making an effort to support this phone, something many had already accepted that wont happen.