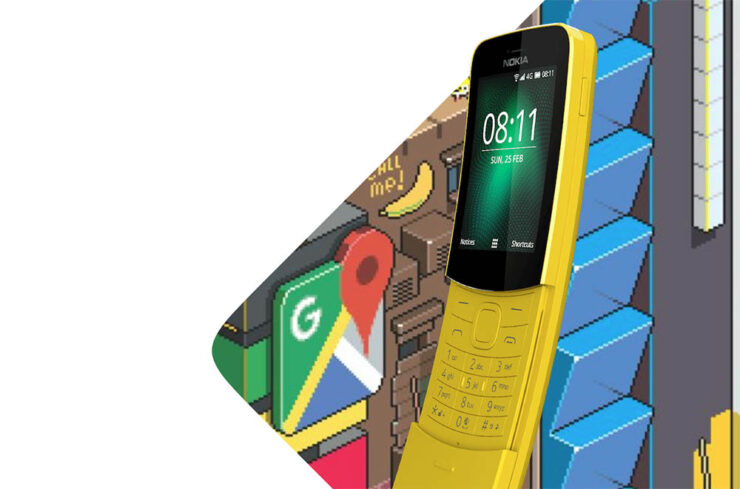 HMD Global unveiled the Nokia 8110 at the Mobile World Congress last month. The phone is expected to launch in the U.S. this summer and if you’re wondering about the price tag, you can rest assure that is going to be one affordable piece of 4G-capable handsets because the device will retail in Europe for €89 this May so how expensive could it really get in the U.S?

After the successful revival of the Nokia 3310 last year, HMD Global is reintroducing another iconic Nokia phone. The Nokia 8810 with 4G connectivity will be a successor of the original Nokia 8110. It was released by Nokia more than 20 years ago, with the refresh now featuring a new operating system and newer hardware components. Still, it retains the same curved body and the slider form factor from two decades back.

Due to these design characteristics, the Nokia 8110 was called the banana phone back then. The latest updated device will be available in two colors: yellow and black. The phone will have a 2.45-inch non-touch color screen with a resolution of 320 x 240.

It will be powered by a Qualcomm Snapdragon 205 SoC with two ARM Cortex-A7 CPU cores clocked at up to 1.10GHz. It will have an Adreno 304 GPU and 512MB of RAM. It will also have a memory of 4GB that is expandable up to 64GB via microSD card slot. The phone will also get a 2MP main camera with an LED flash. As for the OS, it will be powered by KaiOS, a new platform system based on Linux. The OS was specifically created for a new generation of feature phones and the Nokia 8110 is the first to get it.

If these rumors have any substance, the Nokia 8110 will launch in the U.S. during the second quarter of 2018. It is not known yet if HMD has partnered with any local carriers for the distribution of the phone but we may hear of an official announcement later down the road.