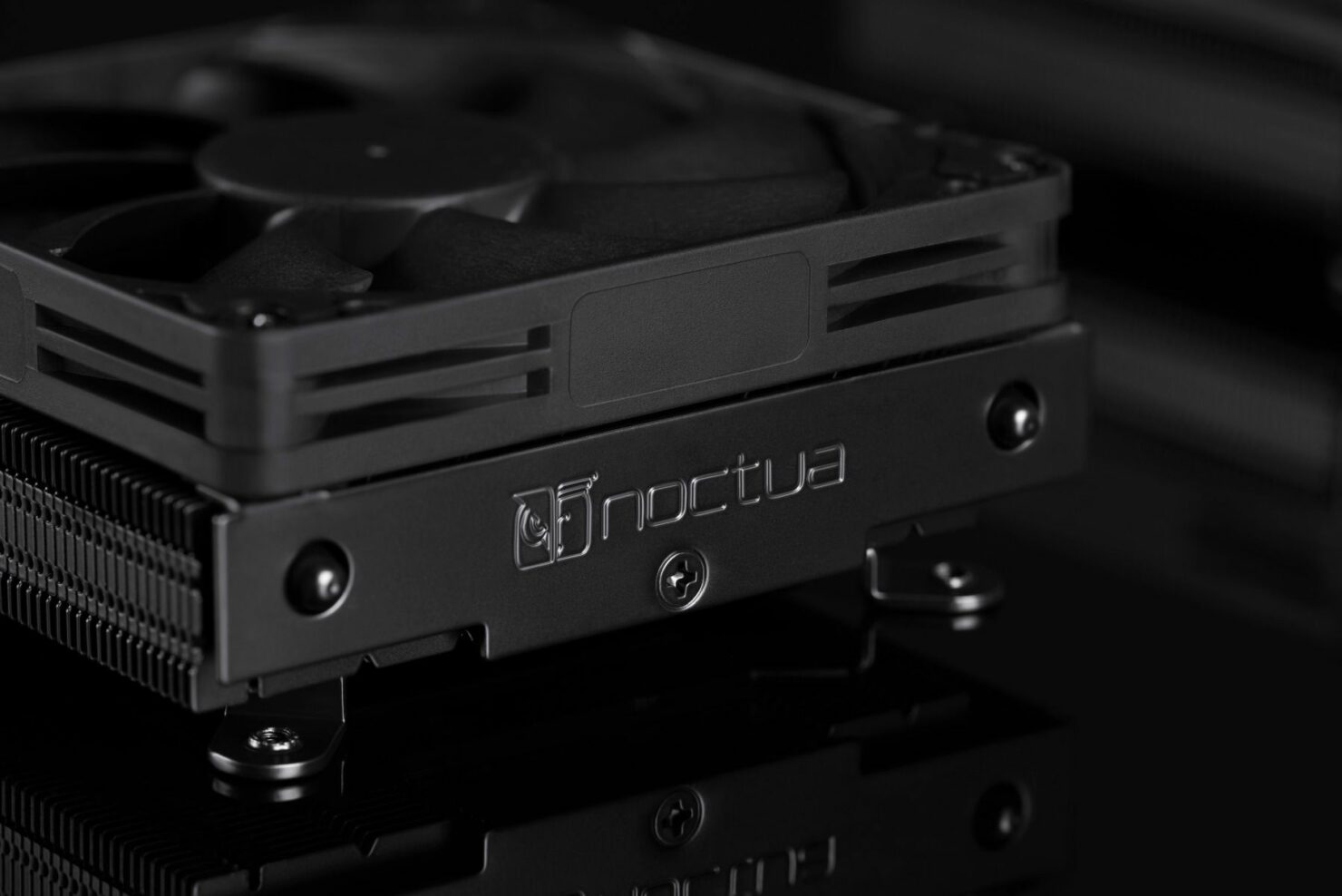 Noctua recently announced the introduction of LGA1700 compatible revisions to the NH-L9i lines, including the chromax.black low-profile CPU coolers.

Noctua is focusing on HTPCs and SFF (Small Form Factor) PC systems that rely on the Intel 12th Gen Core CPUs, "such as the Core i9-12900K, Core i7-12700K, or Core i5-12600K." Noctua's brand new optional fan duct, the NA-FD1, allows the user to have improved performance from their Noctua coolers by combining "the fan and perforated case panels", offering the ability to pull air from the outside to help cool the CPU.

We’re very happy with the performance of the NH-L9i-17xx coolers on Intel’s new LGA1700 CPUs. We have managed to dissipate up to around 160W on the Core i9-12900K, pushing it to over 4.2GHz, and up to 125W on the Core i5-12600K running at 4.3GHz. These are excellent results for such small coolers, making them fantastic options for highly compact Intel Z690 builds that pack a lot of processing power!

Noctua's new NH-L9i-17XX and the sleek, fully black chromax.black version is a continuation of the company revising and introducing new designs compatible with the newest Intel Alder Lake chips. Standing at only 37mm, the NH-L9i is a perfect fit for SFF cases with its minimal footprint, providing not only PCIe compatibility but also RAM compatibility, along with ease of access "to near-socket connectors even on tightly packed mini-ITX motherboards.

For Small Form Factor builds, we now highly recommend the optional NA-FD1 fan duct kit, both to customers choosing the new NH-L9i-17xx models and to users of the existing NH-L9i and NH-L9a heatsinks.

It’s a simple yet highly effective way of boosting the performance of these coolers in compact cases. Tech-savvy enthusiasts have been creating similar ducts with their 3D printers for quite some time, but not everyone has the capabilities to do this, so we thought it would be great to offer an affordable, flexible duct kit that doesn’t require any special equipment or skills to set up.

To improve performance on Noctua's new NH-L9i and NH-L9a cooler models in SFF systems, the newest Noctua NA-FD1 fan duct kit allows for small size installations, with "gap of 5mm or more (up to 45mm) between the cooler and a perforated top or side panel

This configuration allows the duct to stop the cooling system from bringing in heat from the interior environment of the system and gather air from outside the panel, improving the temperatures of the processor by "5°C or more." The NA-FD1 duct is manufactured from EVA foam spacers of varying sizes, allowing for it to be "fully modular" and allow it to adjust in single millimeter increments, starting at "5mm to 45mm height," to allow for several configurations of several types of cases.