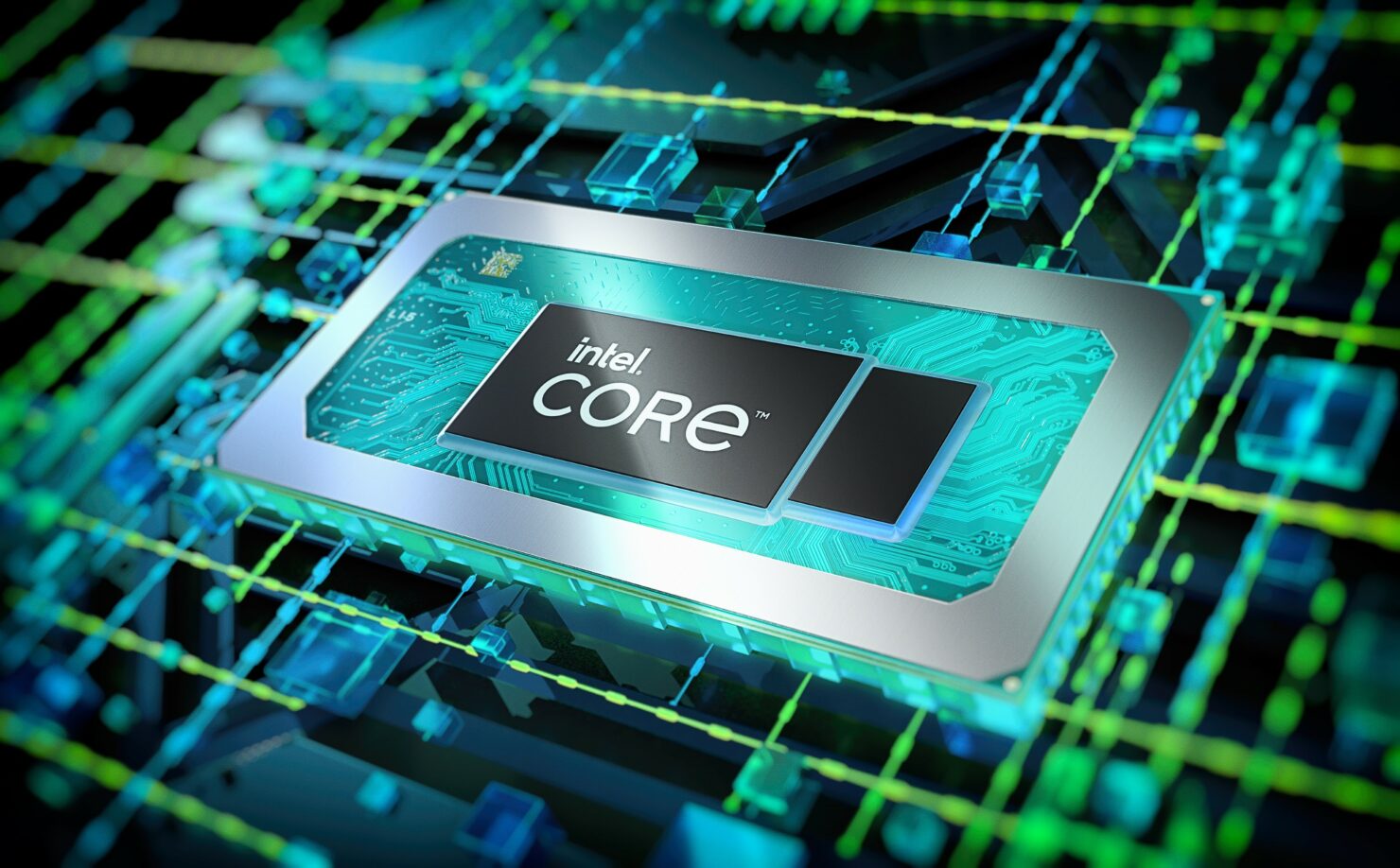 The Intel 12th Gen Alder Lake mobility lineup will be segmented into the P-series for high-end and U-series for entry-level mobility platforms. The main change to the lineup is the addition of hybrid cores which comprise Golden Cove (P-Cores) and Gracemont (E-Cores) on a 10nm ESF (Enhanced Super Fin) process node. There are a total of 28 new SKUs that Intel is introducing today, 14 P and 14 U series. So let's start with the P-series lineup. 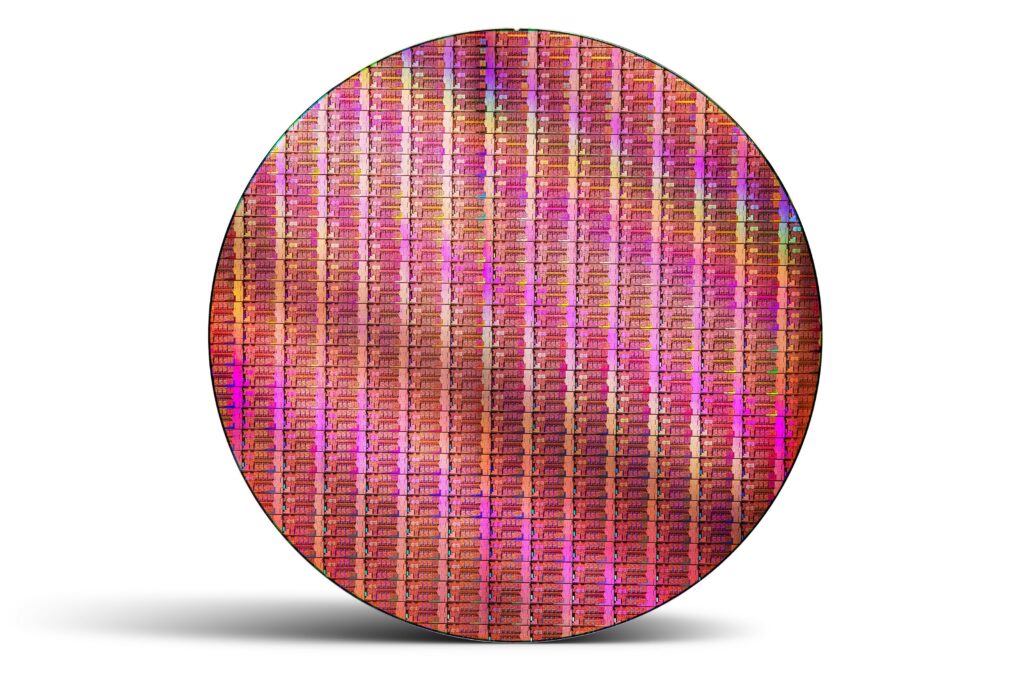 Some of the key features of the lineup include:

Other features of the platform will include support for Thunderbolt 4, PCIe Gen 5.0 lanes & Killer WiFi 6E. When it comes to memory support, the Intel Alder Lake-P chips will get both LPDDR5 and DDR5 configurations. It is likely that Intel will release Alder Lake-P first with LPDDR5 variants while the higher-end Tiger Lake-H successors will come outfitted with DDR5 memory.

As for features, the Intel Alder Lake H series processors feature the Core i9-12900HK as the flagship CPU, offering up to 14 cores, 24 MB of L3 cache, and a clock frequency of 5 GHz. The lineup is also going to be up to 40% faster than the previous generation, offering a big boost to content creators and gamers alike. In a Core i9-12900HK performance slide, the CPU can be seen beating both the Apple M1 Max and Ryzen 9 5900HX by offering much higher performance at the same wattage. It really shows that Alder Lake is going to give AMD and Apple a beating in the overall efficiency game and further extend the performance with a max turbo power of up to 115W. 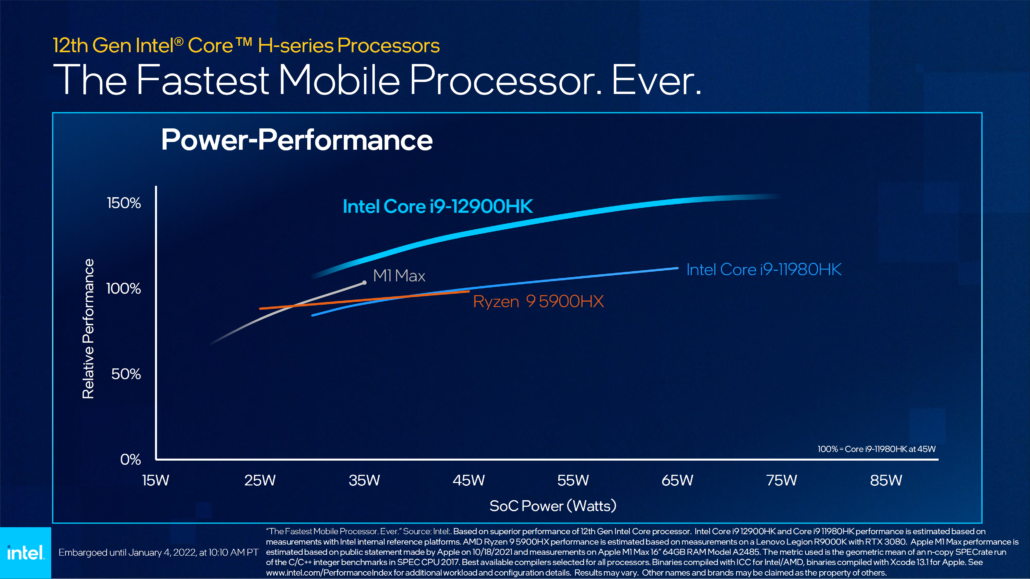 As for overall performance, the Intel Core i9-12900HK is up to 28% faster in gaming and up to 44% faster in content creation versus the Core i9-11980HK and also easily beats the Ryzen 9 5900HX & Apple's M1 Max / Pro chips. There are tons of options to select from too as these chips will power enthusiast-grade laptop designs. The more mainstream options will be configured with Intel's Alder Lake-P28 lineup which has the Core i7-1280P as the flagship, featuring 14 cores, 20 threads, a 4.8 GHz boost clock, 18 MB of cache, and a max turbo rating of up to 64W.

Moving over to the Alder Lake-U lineup, these chips will replace the Intel Tiger Lake-UP4 platform and max out at 10 cores comprising 2 Golden Cove cores and 8 Gracemont cores. The chips will be equipped with up to 96 EU Xe integrated graphics, Thunderbolt 4, WiFi 6E, but PCIe capabilities will still be limited to PCIe Gen 4. As for memory, the laptops featuring Intel Alder Lake-U chips will be available in both LPDDR4X and LPDDR5 flavors.

Intel vPro Platform: Built for All Businesses With over 15 years of raising the bar for hardware-based security and performance in the industry, Intel is introducing new versions of the Intel vPro® platform to offer businesses a tailored approach that takes advantage of the enterprise-grade performance of 12th Gen Intel Core processors for business.

The Intel U-series lineup will range from several Core i7, Core i5, Core i3, Pentium, and Celeron parts with the Core i7-1265U taking the charge of the U-series lineup with its 10 cores, up to 4.8 GHz clock speeds, and up to 55W TDP. There's also a more power-tuned variant of each chip & those run-up to 29W max boost power. Intel really has one of the strongest mobile CPU lineups it has ever made for the consumer segment and even AMD's Ryzen 6000 lineup won't be enough to conquer the crown until a more next-gen solution comes out.