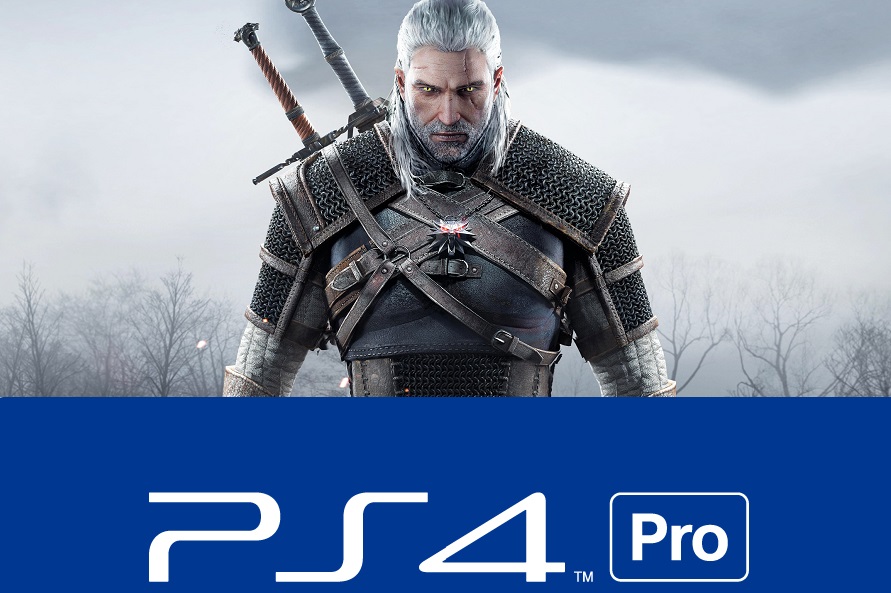 According to CD Projekt Red, the studio has “no plans” to release a PS4 Pro update for The Witcher 3: Wild Hunt.

Following Sony’s recent PS4 Pro announcement, a lot of developers have pledged their support for Sony’s enhanced PS4 console, either through a title update or by making use of the PS4 Pro’s extra horsepower right out of the box - titles like Titanfall 2, Rise of the Tomb Raider, Call of Duty: Black Ops 3, The Last of Us Remasterd, Uncharted 4, but also the upcoming Horizon Zero Dawn from Dutch developer Guerilla Games, will all take advantage of the PS4 Pro.

This doesn’t seem to be the case for one of most renowned titles to date – The Witcher 3: Wild Hunt. Following Sony’s announcement earlier this month, Reddit user govind1262 sent an e-mail to CD Projekt Red, asking whether a PS4 Pro patch is currently in the works at the studio. In response, CD Projekt Red states that they have “no plans” for this. According to the Polish developer, they are currently hard at work on GWENT: The Witcher card game, and the upcoming Cyberpunk 2077. 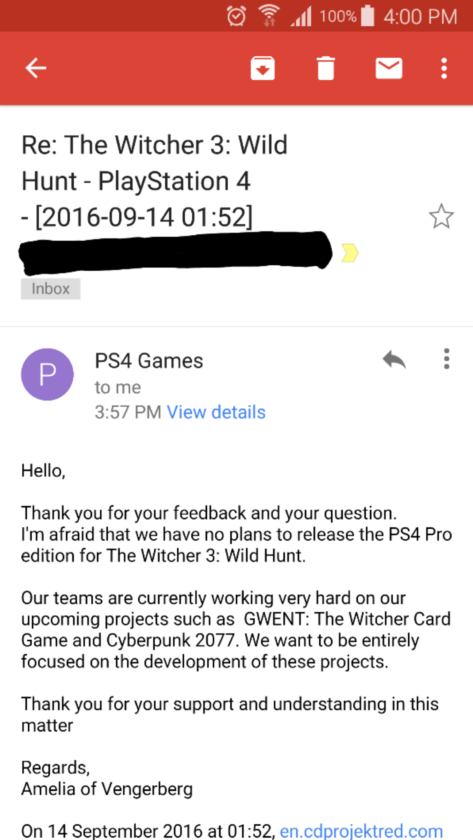 “Thank you for your feedback and question. I’m afraid that we have no plans to release the PS4 Pro edition for The Witcher 3:Wild Hunt”, the e-mail reads.

“Our team is currently working very hard on GWENT: The Witcher Card Game and Cyberpunk 2077. We want to be entirely focused on the development of these projects.”

So it seems that the Witcher 3 won’t make use of the extra horsepower within the PS4 Pro. Nonetheless, The Witcher 3 still looks amazingly good on all platforms.

The Witcher 3: Wild Hunt and its expansions are available now for PC, PS4, and Xbox One. The RPG was released back in May of last year, and has since harvested an enormous amount of awards, including our very own Game-of-the-Year Award.