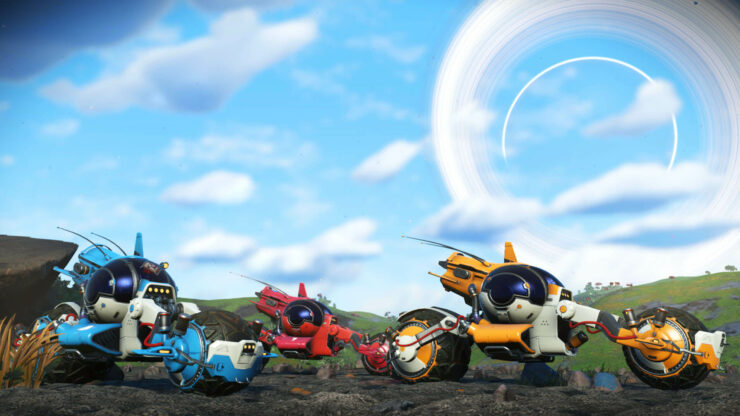 Hello Games released on all platforms Update 1.63 for No Man's Sky. This update is focused on improving and extending planetary Exocraft vehicles, according to the developers. First of all, there's a new vehicle type akin to motorbikes; they're called Pilgrims and look quite cool. There's also plenty of vehicle customization for those who seek to make their Exocraft a truly unique sight.

The existing Exocraft have also been tweaked. Multiplayer racing has been fixed, inventory sizes have been increased, and summoning has been made easier. Geobays now only need to be built once – after that, all owned Exocraft can be summoned with unlimited range on any planet where you’ve constructed a new Exocraft Summoning Station.

New upgrades for the Pilgrim and all other Exocraft can be purchased from the Exocraft Technician once their missions are complete. Exocraft handling can also be adjusted with a series of new technologies, allowing players to customise the grip or drift levels of their different vehicles.

Your Exocraft fleet can also be customised, with a full range of colours, decals and boost flame effects available to choose from.

You can check out the full update notes below. Have you been enjoying No Man's Sky NEXT since it launched this Summer? Let us know in the comments. 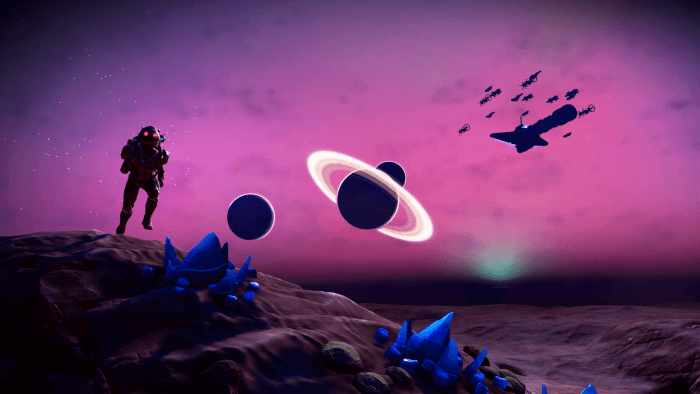