No Man’s Sky Is Only 6GB On Disc; First Update Already Being Worked On 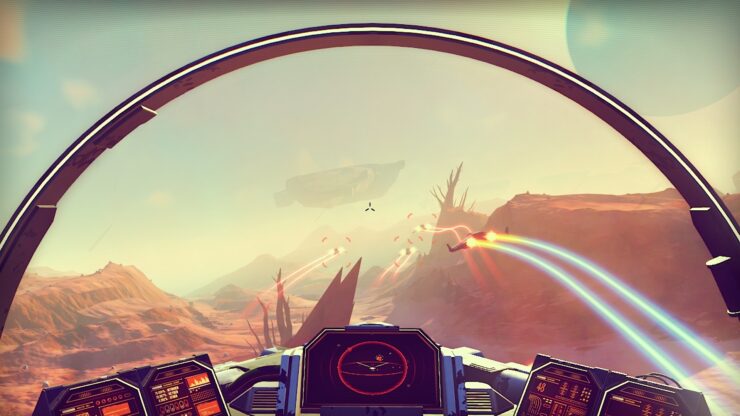 The No Man’s Sky file size on disc is merely 6GB according to Hello Games founder, Sean Murray.

No Man’s Sky finally received gold status last week, meaning that the game is being made ready for printing on disc and shipment to retailers.

Now that the adventure survival game is being made ready for release next month, creator Sean Murray took to Twitter to share an interesting tidbit – the game’s file size on disc.

With over 18 quintillion planets, and one of largest game environments ever created, one would expect an enormous file size, but this doesn’t seem to be the case. According to Murray, the size is only 6GB and a lot of that space is consumed by the game’s audio.

No Man's Sky Only 6GB Due To Procedural Generation

How is this possible? Well, most of the content in the game is procedurally generated which results in smaller file sizes, while having large amounts of content. The technique is also used in the Borderlands series, but also Minecraft and the Left 4 Dead series use procedural generation in some way.

No Man’s Sky releases next month, but the team is already busy working on the game’s first update according to Murray.

No Man’s Sky was first announced back in 2013 and made several E3 appearances. The adventure survival title was first presented as a PS4 title, but was later confirmed to be released on PC as well.

“I actually got in a bit of trouble for saying that we wanted the game to feel really console-y," Murray said. "We've always had PC in mind but in my head (console-y) means solid frame rate and immediate controls. I think a PC game can be 'console-y' and it's intended as a compliment, but I get in trouble for saying it”, Murray told EGDE back in 2014.

No Man’s Sky releases on August 9th for PS4 and PC.