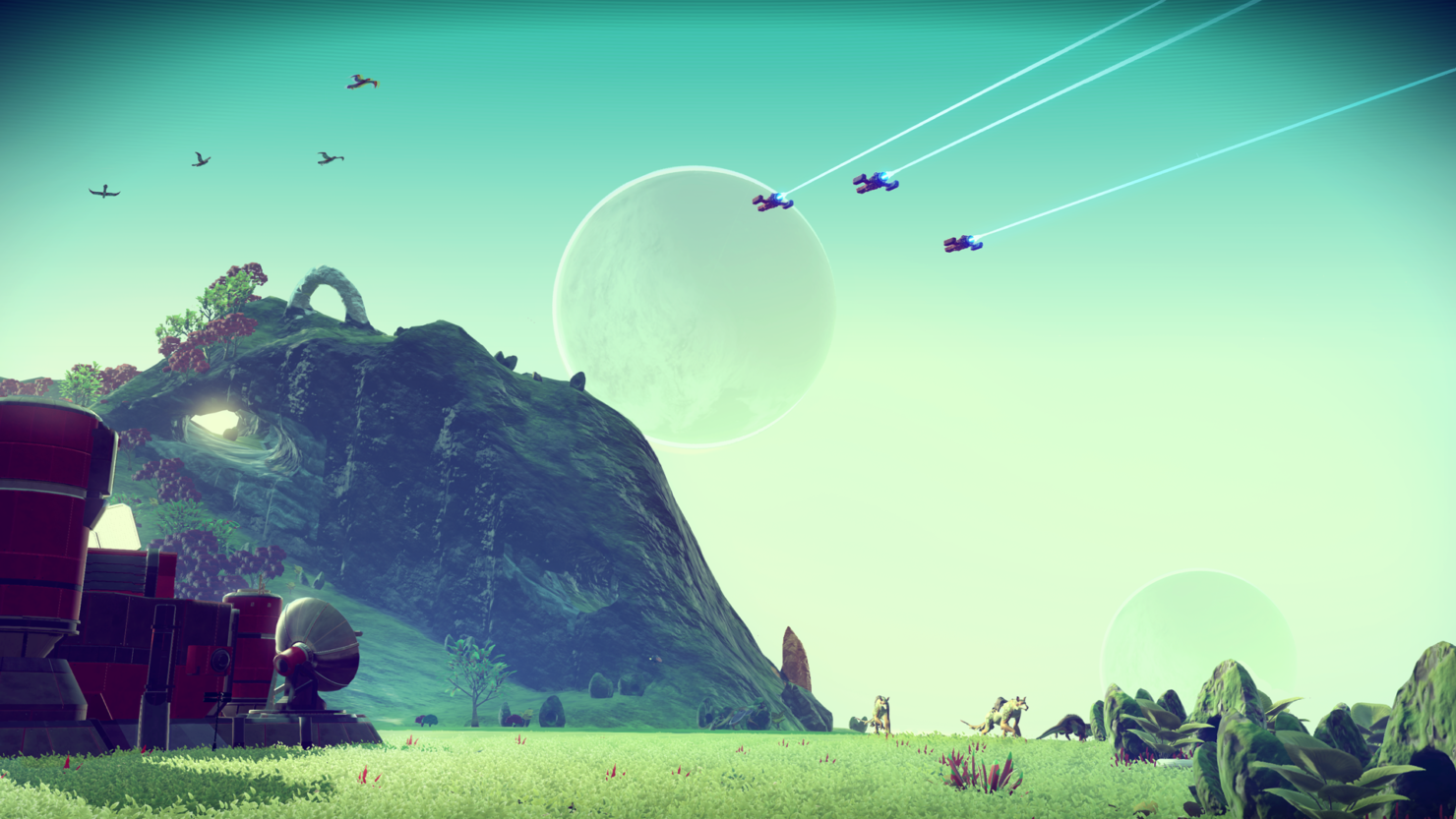 No Man's Sky launched to many technical issues on both PC and PlayStation 4 console. PC version of the game, specifically, was plagued with all sorts of performance issues that left the game almost unplayable, and prompted users to leave fuming, negative reviews on Steam. Hello Games has been working continuously to eliminate the reported issues, and now the team has released a brand new patch that is aimed at fixing optimization and stability along with several other reported issues on PlayStation 4 as well as PC.

No Man's Sky Gets New Patch on PC and PlayStation 4; Improves Frame Rate and Stability - Complete Patch Notes Yet to Be Released

Sean Murray recently announced that a brand new patch for both PC and PlayStation 4 versions of No Man's Sky is on the way, saying that it will make some people “very happy.” The latest patch has now arrived and is available for all players to download. The update, which first went live on Steam and GoG, and later on PlayStation 4, adds support for “more hardware” on PC and also improves the games frame rate on lower-spec’d machines, Sean Murray wrote on Twitter.

On PlayStation 4, the patch “improves stability + lots more.” Patch notes for the update have not yet been shared, however most of what has changed with the PC version can apparently be found in the notes for the game’s experimental branch on Steam. Those who have downloaded the patch on Sony’s console haven’t received any patch notes, so we will have to wait for Hello Games to roll them out.

Talking about new content and features for No Man's Sky, Murray clarified that Hello Games is "totally focused on customer support right now. Then we'll move onto improving and adding features to the game." He said that the team is working to resolve most of the reported issues within the ongoing week. "Even though less than one per cent of players have raised support issues, we're going to resolve roughly 70 per cent of them this week," he said.

We're totally focused on customer support right now. Then we'll move onto improving and adding features to the game

Murray has, several times, talked about adding new content to No Man's Sky, such as "the ability to build bases and own giant space freighters." He had also said that he would like the game to receive only free content upgrades in the future, but he recently changed his stance, admitting that he was “perhaps naive.” So, the space-exploration title could get paid DLC in the future now, and even a launch on Xbox One. Read more about it here.