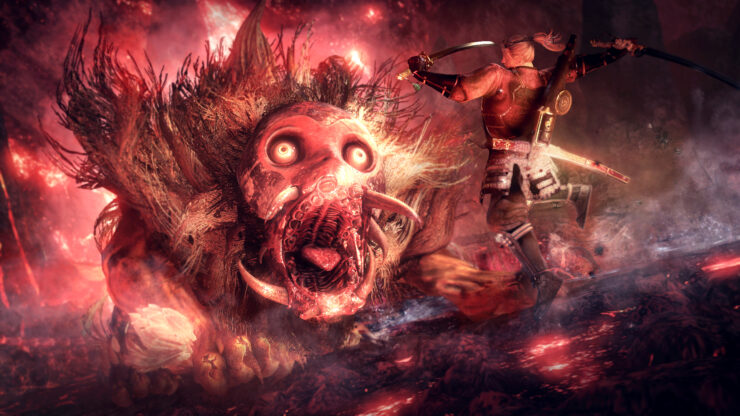 Nioh's final DLC pack, called Bloodshed's End, will release next week in all regions, and today Koei Tecmo and Team Ninja decided to show more of the new content in a new batch of screenshots.

The new screenshots, which can be found below, showcase some of the new characters players will meet in the new story, such as Hidetoshi Toyotomi, new Yokai, new human enemies, new Guardian Spirits, the new The Abyss mode and more.

Earlier this month, an outline of the DLC new content has been shared on the PlayStation Blog.

Other than additional main missions, sub missions and Twilight missions, one of the most interesting features of Bloodshed’s End is a new mode called The Abyss. Here, the strongest warriors can test their skills in a perpetual battleground.

This new mode offers epic battles and unique challenges for the most skilled players. We’ll have more to reveal on this mode before launch.

As always, this DLC will provide you with the usual suspects to complete your Nioh experience — new Yokai, new characters, a new difficulty level and new Guardian Spirits.

You have fought well against insurmountable odds, slain countless deadly Yokai, defied death again and again… but there remains one more brutal trial. I hope you will celebrate the final chapter of the remarkable Sengoku era with Bloodshed’s End, launching September 26 for $9.99 (or for free if you own a Nioh season pass).

Nioh is now out in all regions exclusively on PlayStation 4. The Bloodshed's End DLC will release on September 26th in all regions.