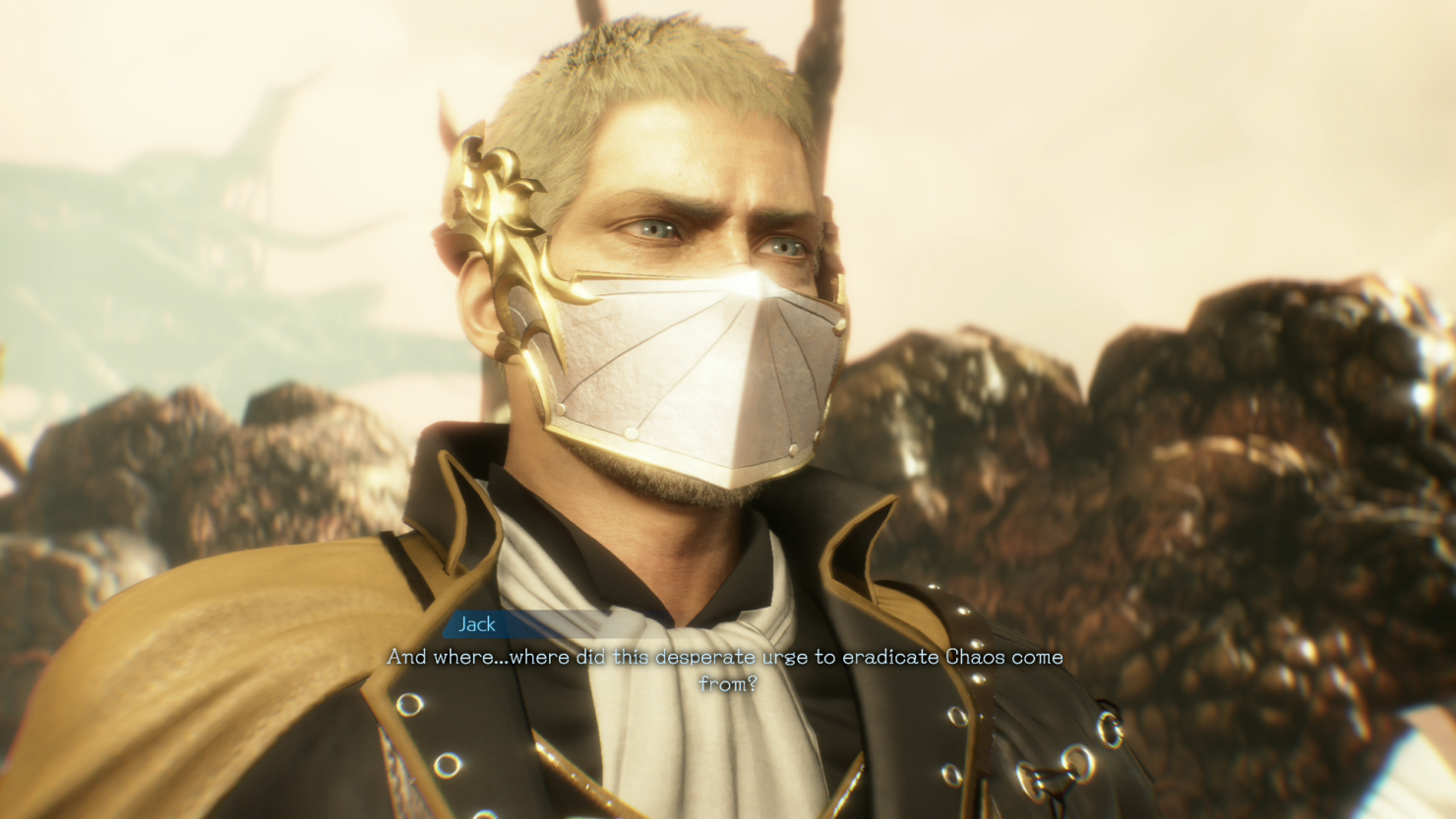 If there’s one life lesson that we can all take away from Stranger of Paradise Final Fantasy Origin, it’s that no matter how much life throws your way, as long as you align yourself with an achievable goal you can accomplish anything. Jack’s never-ending lust for destroying Chaos is perhaps something we can all strive for on our very own. To make that journey to defeat Chaos that much smoother, here are a few tips to make the journey more enjoyable. 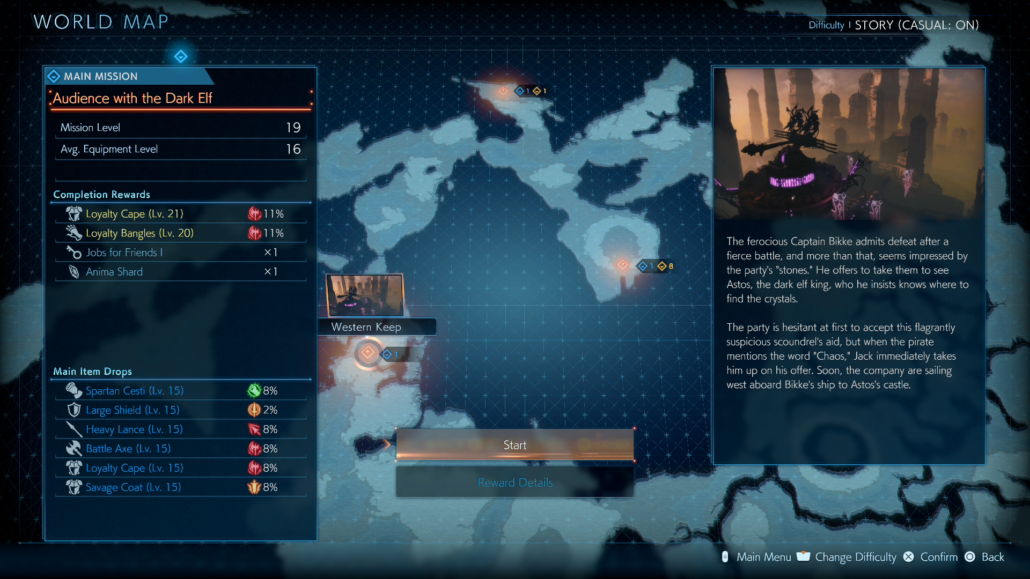 Keep your gear updated but focus on function, not fashion

Stranger of Paradise Final Fantasy Origin throws new weapons and armor at the player like every enemy is a crystal pinata waiting to be smashed open. It’s rare to go beyond even a single group of enemies without at least one new piece of equipment dropping. Jack can jump back into the Battle Settings menu at any moment and equip anything that comes his way. To quickly get geared up, hold down the Touch Pad equipment to automatically equip the strongest gear for his current classes. This won’t take into account Job Affinities, but most readers won’t need to be concerned with that until your hit the CHAOS difficulty.

Across all three starting difficulty levels, each story and side mission that Jack and his crew undergo comes with a recommended gear score. This determines not only the challenge of the mission but also the gear that will drop within. Approaching a level 50 mission while Jack is in his 40’s will guarantee a small challenge but nothing that can’t be overcome. Jump in too low and Jack might not be able to take as many hits or deal enough damage to clear through the encounter; at the same time, being too high level can result in Jack cleanly killing enemies in only one or two hits with the right weapons. 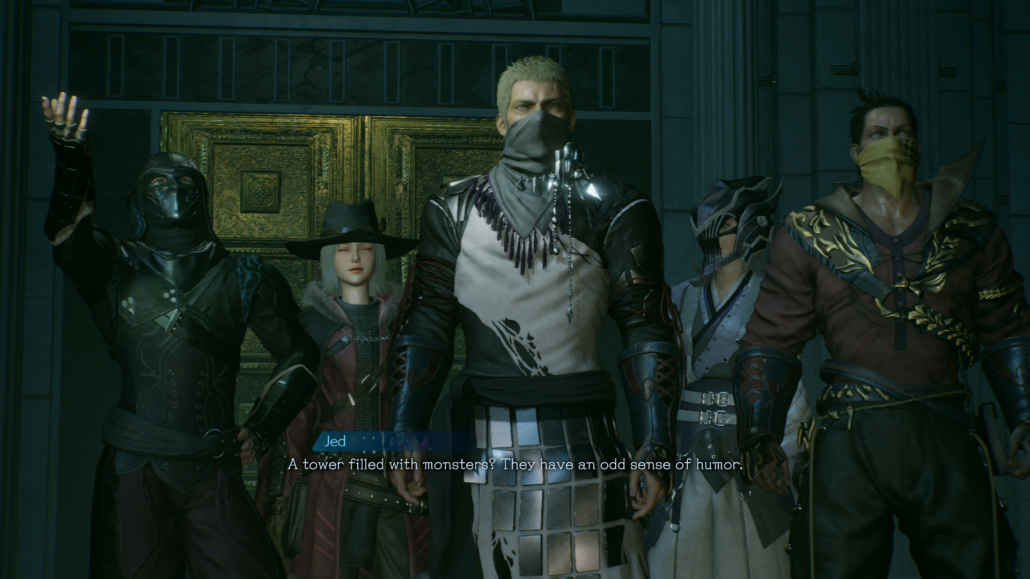 Don’t forget about your teammates; no one faces down Chaos alone

Jack doesn’t seek out Chaos on his own and neither should you. Accompanying Jack on his missions are two NPC’s at a given time (who will be replaced by players if playing online). On the default settings, Optimizing Jack’s gear will also gear up his partners as well. Completing side missions will often unlock additional classes for the other four warriors of light. You can swap them around into these other roles (typically each character only has two or three classes to choose from). Once they’re geared up to your liking, they can be almost as efficient as Jack at dispatching Chaos. Each party member can be given direct commands on the left and right directional pad, performing a signature move on a brief cooldown. This can help keep the pressure on the enemy and keep them from recovering their own break gauge while Jack is refilling his.

Jobseeker of Chaos, Master of One

Don’t limit yourself to just one or two jobs even when going through the story for the first time. Each time Jack caps a class out at level 30, that’s plenty of wasted experience that could be invested in another class. If you find weapons you like to use, swap into another class that uses those weapons. Every skill point invested into a class only makes Jack’s potential grow more and more. 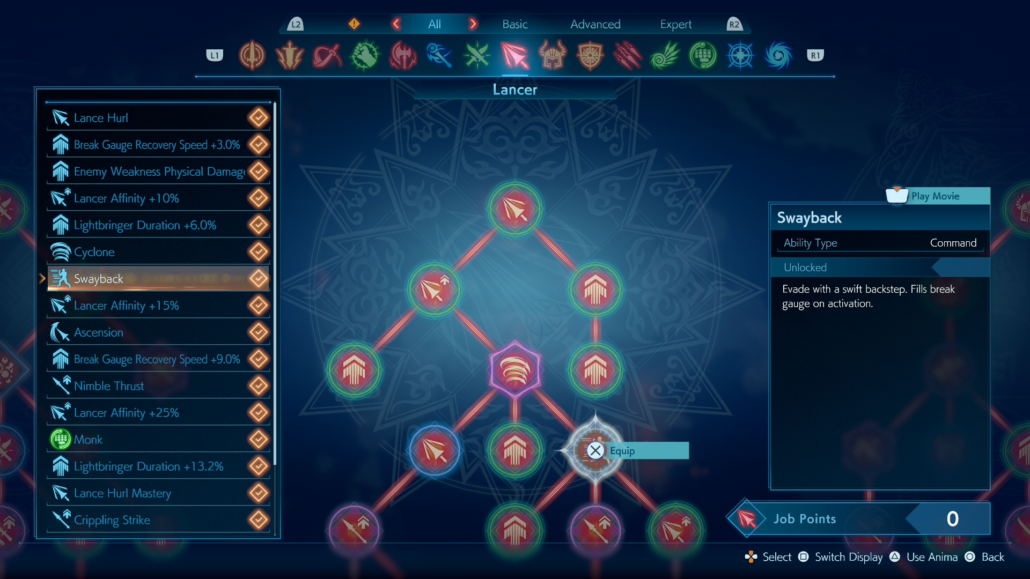 Keep a Swayback in the Back Pocket

Knowing how to keep your Break Gauge from getting blown out with a strong enemy attack is crucial in Jack’s unquenchable thirst to eradicate Chaos. Instead of Soul Shielding, sometimes you’ll have the desire to block or attempt a parry instead. To that, I say nay. There’s no reason why Jack can’t keep up an infinite offensive if you’re passionate enough about chaos. By leveling up Lancer, players can access Swayback as early as their fourth upgrade. This ability let plays quickly evade an enemy attack by taking a step back and refilling the break gauge upon successful activation. For my time spent grinding on Garland for loot and additional experience, I quickly picked up Swayback as an essential Skill to keep mapped to L2+X on PlayStation 5.

With these five tips, one each for the Warriors of Light, perhaps you'll stand a better chance against Chaos on your own when Stranger of Paradise Final Fantasy Origin launches on March 18th (15th with the Digital Deluxe Edition on PlayStation). In the meantime, why not check our review and leave some tips of your own in the comments below?