NIO (NYSE: NIO) Likely to Create a New All-Time High Amid Expectations of Record September Deliveries and the Growing Popularity of the Battery Swap Model in China 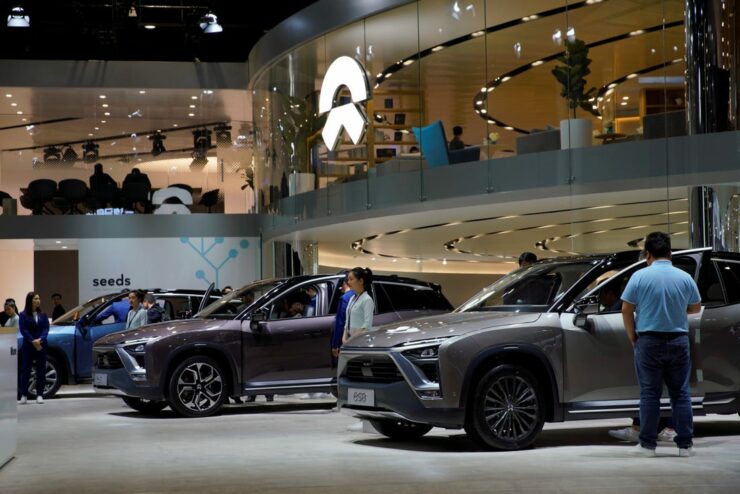 NIO (NYSE:NIO), one of the most prominent Chinese EV players, continues to stun investors as its shares traverse a seemingly endless upward ramp. As an illustration, the stock is currently less than 2 percent away from its new all-time high, registered on the 26th of August. As far as the intraday price action is concerned, the stock is up a healthy 7 percent in early morning trading.

A number of factors appear to be pushing the stock to these lofty levels. First, while announcing its deliveries for the month of August, NIO had guided to a record delivery number for September as its production capacity is expected to touch the 5,000 mark for the first time ever:

“As we continue to improve the production capacity for all NIO products, our monthly capacity will reach 5,000 units in September to support our future deliveries.”

Bear in mind that NIO has been on a record streak lately, regularly exceeding the previous month’s deliveries like clockwork. Consequently, in light of this specific guidance, investors continue to anticipate further upside potential.

Another tailwind factor for NIO shares is the company’s improving cash position. For instance, just last month, NIO floated 101.775 million American Depository Shares (ADS), netting $1.73 billion in gross proceeds. As far as the use of proceeds is concerned, NIO disclosed in its filing with the U.S. SEC:

To this end, Kandi Technologies, another Chinese EV player, announced yesterday the establishment of a wholly-owned subsidiary – Battery Exchange Technology Co – to monetize its patents in the field of battery swap systems by facilitating the adoption of this model.

Apart from the growing prominence of the battery swap model in China, NIO officially launched its Battery as a Service (BaaS) subscription model at a dedicated event in Shanghai on the 20th of August. The service allows users to save RMB70,000 ($10,116) on the purchase of ES8, ES6, and EC6 models if they choose to rent their EV’s entry-level 70KWh battery pack, paying only RMB980 ($141) per month as a subscription fee for the BaaS facility. Apart from the reduced cost, the BaaS subscription model also allows its customers to keep upgrading their batteries periodically while retaining the rest of the EV construct. This effectively lengthens the useful life of a NIO EV.