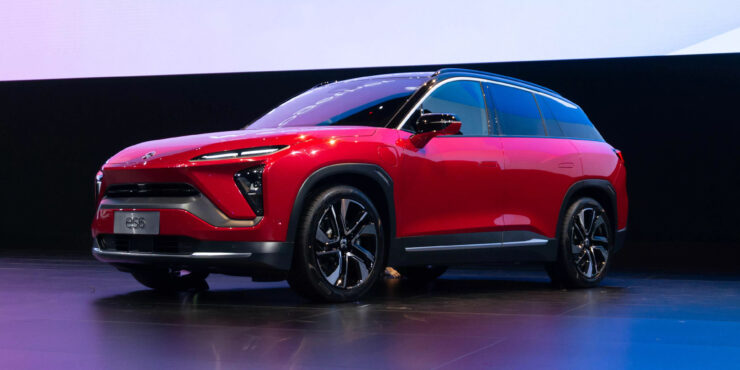 NIO (NYSE:NIO) shares saw their epic bull run stall recently amid the looming specter of equity dilution. Today, however, the company has given a fresh impetus to the bullish thesis as it revealed its deliveries for the month of August 2020, posting solid growth on an annual basis.

According to the company’s press statement, NIO delivered 3,965 EVs in August, consisting of 2,840 ES6s and 1,125 ES8s. This delivery number marks an increase of 104.1 percent relative to the comparable month last year. Year to date, the company has delivered 21,667 vehicles. The chart below illustrates NIO’s monthly deliveries so far this year:

Bin Li, the founder and Chief Executive Officer (CEO) of NIO, noted in the press release:

“In August, we achieved our best-ever monthly performance on both deliveries and order growth.”

He went on to observe:

“As we continue to improve the production capacity for all NIO products, our monthly capacity will reach 5,000 units in September to support our future deliveries. With the closing of our recently announced ADS offering, we have further enhanced our balance sheet and optimized our capital structure to be better prepared for the acceleration of our core technology development, autonomous driving in particular, and the global market expansion in the future.”

As stated earlier, NIO has now floated 101.775 million American Depository Shares (ADS) in order to raise additional funds. As a refresher, ADS are U.S. dollar-denominated equity shares of a foreign company that can be purchased on an American stock exchange. NIO has also granted the deal underwriters the flexibility – known as the ‘greenshoe’ option – to purchase an additional 13.275 million ADS within 30 days of the offering. Bear in mind that each ADS represents 1 Class A ordinary share. The entirety of the greenshoe option was utilized by the deal underwriters. NIO has managed to raise around $1.73 billion through this offering.

NIO plans to use the funds raised through this offering to “increase the share capital of and our ownership in NIO China, to repurchase equity interests held by certain minority shareholders of NIO China, and for research and development in autonomous driving technologies, global market development, and general corporate purposes”.

While this liquidation event tempered short-term enthusiasm in NIO shares, the company continues to improve its operational model in order to unlock further growth. As an illustration, the company officially launched its Battery as a Service (BaaS) subscription model at a dedicated event in Shanghai on the 20th of August. The service allows users to save RMB70,000 ($10,116) on the purchase of ES8, ES6, and EC6 models if they choose to rent their EV’s entry-level 70KWh battery pack, paying only RMB980 ($141) per month as a subscription fee for the BaaS facility. Apart from the reduced cost, the BaaS subscription model also allows its customers to keep upgrading their batteries periodically while retaining the rest of the EV construct. This effectively lengthens the useful life of a NIO EV.

NIO (NYSE: NIO) To Continue To Trade Like a Fast-Growth Company as Wall Street Analysts Heap Praise Over New Products