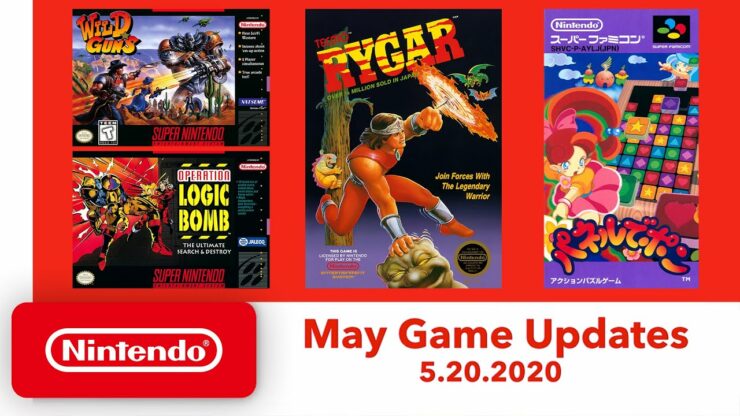 Nintendo has announced four new Nintendo Switch Online SNES and NES titles that will be added to the library next week.

It has been rather quiet when it comes to Nintendo’s collection of classic SNES and NES games on the Switch. The most recent new additions were added three months ago, and those before that were added back in December of last year. From the looks of it, Nintendo has shifted to a quarterly release frame for its classic titles, and arriving on next week on May 20 are 3 new SNES titles and 1 new NES classic.

The following titles are being added:

Panel de Pon is an interesting title for sure, but as expected, fans would have rather had the chance to play other popular SNES games, including Mario RPG, Donkey Kong Country, and Earthbound.

Nintendo announced the news through Twitter overnight. After next week, the Nintendo Switch Online library of NES and SNES games consists of more than 80 classic Nintendo titles.