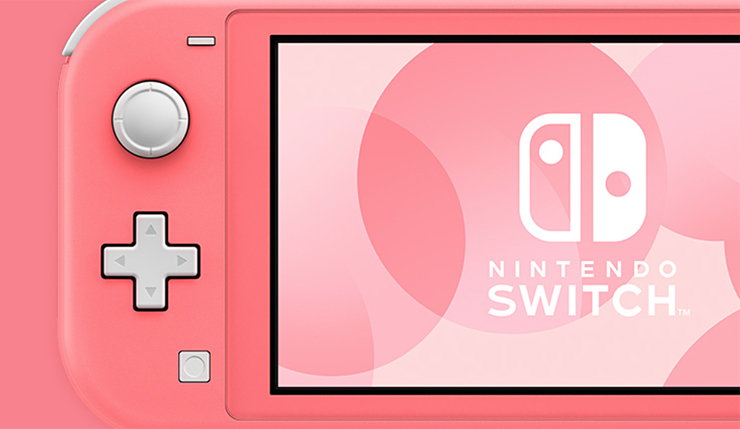 Nintendo has announced another new Switch variant only a couple weeks after revealing their rather-lovely Animal-Crossing-themed system. The Nintendo Switch Lite will now come in coral, in addition to its original grey, yellow, and turquoise variants. You can check out a couple images of the new system, below.

Nintendo will add a new splash of color to its lineup of Nintendo Switch Lite systems, with the introduction of a playful coral-colored version. The coral Nintendo Switch Lite system can be purchased at a suggested retail price of $199.99, joining the existing range of color options for the system: yellow, gray and turquoise. With a vast library of games to play and stylish system colors to choose from, there are more ways than ever to tailor your Nintendo Switch gaming experiences to match your personal style. Nintendo Switch Lite is designed specifically for handheld play, making it easy to bring a diverse collection of exciting, relaxing and challenging games with you wherever you go.

Oh, and despite worries about Switch shortages due to the Coronavirus affecting manufacturing in China, it seems the pink Switch Lite will be in plentiful supply. Nintendo has specifically stated the new color variant was already manufactured back in January and is ready to go. Did Nintendo decide to unleash this new Switch now so fans would be guaranteed to have something to play Animal Crossing: New Horizons on? Seems like it may be the case.

The Nintendo Switch Lite Coral variant hits shelves on April 3. No North American or European pre-order date has been specified, but they’ll be opening up on March 7 in Japan, so Westerners can probably expect to be able to reserve their pink Switch at around the same time. Meanwhile, you can also still pre-order the Nintendo Switch Animal Crossing: New Horizons Edition from some select retailers, such as Best Buy – this is the second round of pre-orders, so these systems won’t arrive until April 17.

What do you think? Planning to pick up one of Nintendo Switch variants, or are you all set?