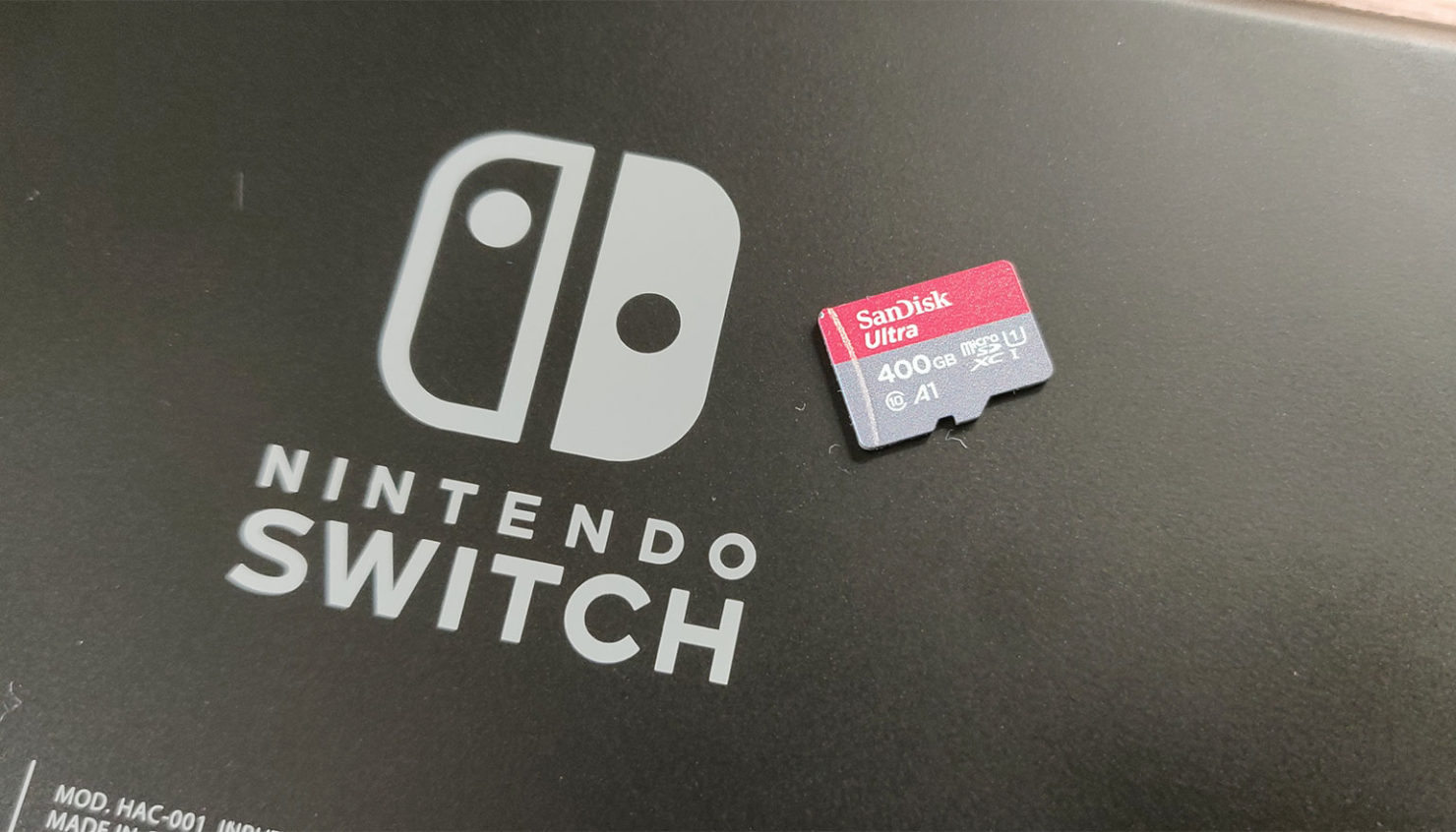 Japanese consumer electronics and video games manufacturer Nintendo Inc (TYO:7974) hit a home-run with its Switch gaming console, which has beaten Microsoft's Xbox One in terms of total lifetime sales prior to the coronavirus. However, despite both Microsoft Corporation (NASDAQ:MSFT) and Sony Corp (NYSE:SNE) choosing to launch next-generation gaming consoles later this year, Nintendo has made no such announcement.

The outbreak of the coronavirus has forced populations across the globe indoors, and as a result, companies with products that facilitate either staying indoors or carrying out daily activities such as grocery shopping remotely are proving to be very popular among investors and the general population.

Looking at closing prices for all three gaming companies on April 16th, it's clear that the best just might be yet to come for them as populations reel from the devastating effects of the coronavirus. Investors are scouring for companies that should benefit from populations shifting indoors, and Nintendo seems to have caught their eye.

Now, taking a look at the three gaming stocks, it's clear that the market as a whole is expecting a lot more from these companies in the future. For Nintendo in particular, this fresh record might be the courtesy of fresh demand for Nintendo's Switch console and the company's social simulation video game series Animal Crossing believes analyst Daniel Ahmad.

Data compiled by the analyst also shows that Switch sales have risen by 75% year-to-date, with Nintendo shipping roughly a quarter of a million consoles in the twelfth week of this year. 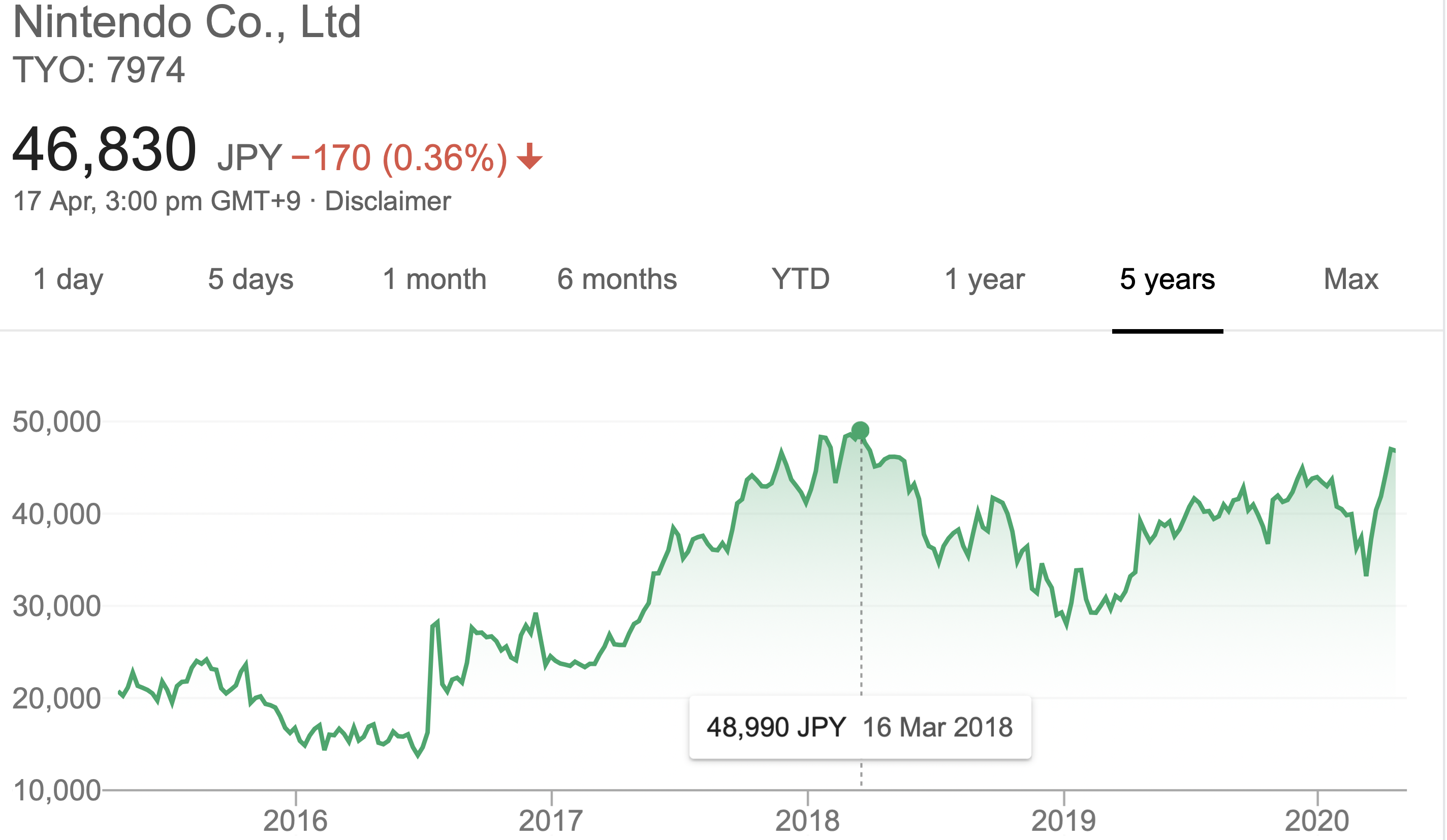 The last time Nintendo's shares flirted with a price of 47,000 Yen was in 2018 when sales peaked at roughly 16.6 million units. Despite launching the console back in 2017, Nintendo continues to remain optimistic about its demand. In its latest annual reports filed last year, the company expected unit shipments for the console to increase in its current fiscal year. In the twelve months ending in March 2019, Nintendo shipped roughly 17 million Switch consoles, and based on the statements made by the company in its consolidated financial statements (page 14) for last year, Nintendo believes that Switch unit shipments will stand in at 18 million units in the twelve months that ended in March this year.

Given that these estimates were made prior to the coronavirus's impact on global populations, it's likely that the aforementioned estimate represents the lower end of the figure that Nintendo might actually end up posting. Readers are reminded to keep in mind that while the original Switch was launched three years back, Nintendo followed up with a Switch Lite last year. When Nintendo reported its earnings for the second quarter of its current fiscal year back in October, the company claimed that the Switch Lite had allowed it to increase hardware sales by roughly 50% since its launch.

Given the Switch Lite's attractive price point and the need for quick and easy sources of entertainment in a situation of unprecedented lockdowns, it's highly likely that Nintendo surpassed its own estimates of Switch sales in its previous fiscal year. Yet, given the dates of its earnings reports, whether all of these end up being reflected in the company's consolidated financial statements for the year ending in March 2020 is unknown.