There's a real hunger between gamers for Nintendo products. That's the simplest interpretation of the Internet data analyzed by SimilarWeb and reported by VentureBeat today.

According to SimilarWeb, search volume for Nintendo-related terms grew to be about three times the size of PlayStation or Xbox-related searches this year. While Pokémon Go was a large contributor, the firm registered the most significant spike in searches after the company announced the new hybrid Switch console in October. 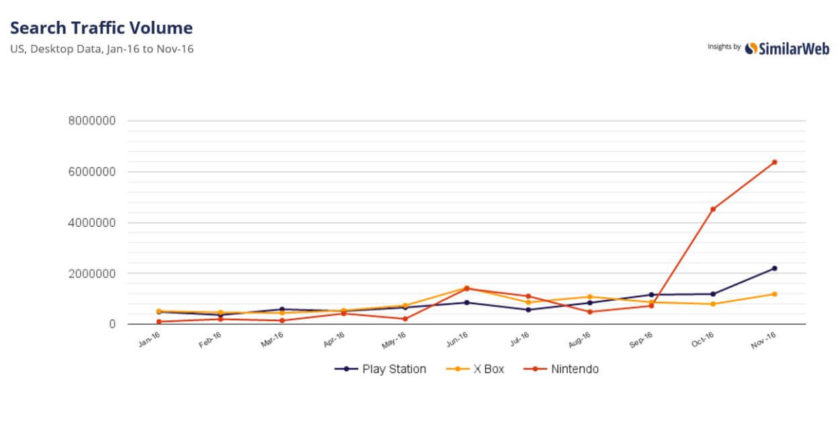 The release of the NES Classic Mini and Super Mario Run for iOS stoked the interest of consumers even further, of course. The report said:

This huge disparity is better explained in the following graph. SimilarWeb found that consumers are searching for far more Nintendo-related keywords than they are doing for Microsoft's or Sony's. 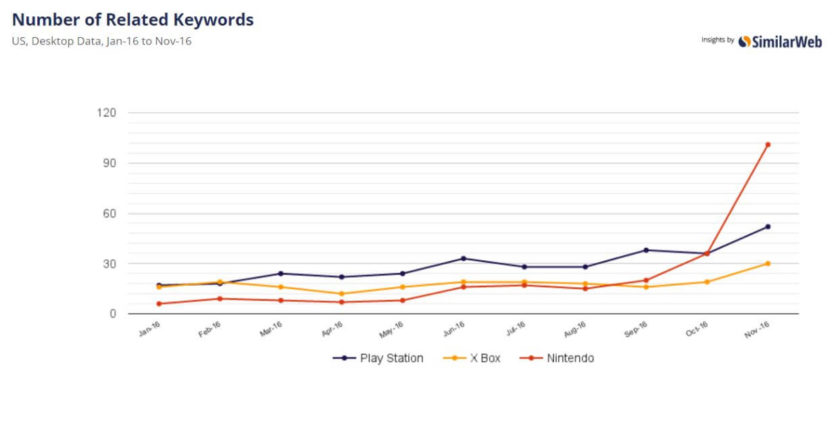 This is particularly striking in comparison to Sony's PlayStation, which launched two brand new products in October and November (PlayStation VR and PlayStation 4 Pro, respectively).

The question is whether all this interest will actually translate in a purchase, especially in regards to the Nintendo Switch console due in March 2017. It's likely that many gamers will decide after the official live stream reveal scheduled for January 12th, 2017, when Nintendo is expected to officialize the console's hardware specifications, launch line-up, and price. We've been invited to a hands-on press event in London on January 13th, so look for our first impressions shortly after that.