Just when investors thought that Nintendo (TYO:7974) may be turning the corner, a strong Yen comes along to steal any thunder the company may have been banking on. Nintendo has reported its first half year operating loss in two years with poor console sales and a strong Yen combining to undermine the company’s earnings.

Nintendo continued its recent years of mixed performance with a quarterly loss reported today of 812 million Yen, compared to a 7.8 billion Yen profit in the same quarter last year.

Can Nintendo catch a break?

It sure doesn’t seem like it right now, but that may be a premature assessment. The firm certainly needed to do something to stem the bleeding this year and it has done that and more with the success of Pokemon Go, which has led to it booking about 12 billion Yen in profit over the last six months from that alone. Somewhat surprising given that Nintendo (TYO:7974) doesn’t technically own the Pokemon IP, but of course it owns about a third of the spinoff Pokemon Company and has marketed a lot of associated goods since the great success of Pokemon Go.

Unfortunately, the Japanese Yen has proven remarkably resilient for the last year, which is troublesome for a company which earns more than 70% of its revenue in something other than Yen.

Couple the strong Yen with an uncharacteristically weak Nintendo core business (consoles) and the results are what we have. It’s no secret that the Wii U has been an unmitigated failure and Nintendo has struggled in recent years in a sector which it (along with Sega, guess where this is going…) once dominated. 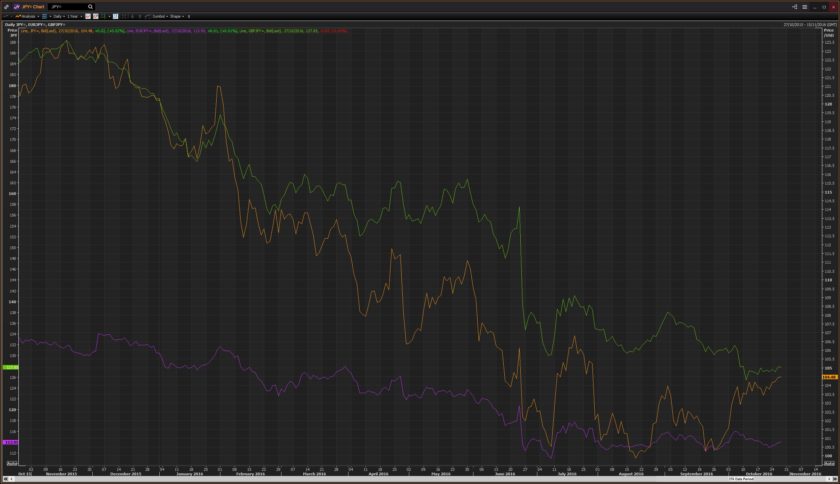 The Japanese Yen has been a strong currency over the last year...

As we reported in the early days of the Pokemon Go mania surrounding Nintendo’s share price, the increase in shareholder value was primarily unsupported by the success of Pokemon Go itself, what however was occurring was the market pricing in a likely Nintendo direct expansion into the mobile gaming arena, something investors have been pressuring the company to pursue given the rise of mobile gaming and the failure of the company’s own hardware in recent years.

Nintendo (TYO:7974) have recently unveiled the commercial name and launch date for what was known as the Nintendo NX and is now to be branded as the Switch. Gamers seem to have mixed feelings about the Switch with some keen on Nintendo’s combination home/portable console and others unconvinced. One thing is certain, the company needs a hit with this hardware, otherwise it is quite possible (or even probable), that investor pressure will lead them to abandon the hardware business altogether and pursue the Sega route of being a games company bringing its extraordinary IP to other platforms.

Current management seems to understand this and the President of the company has said that they are expecting to ship 2 million Switch units by March 2017, won’t sell the unit at a loss and at the same time expect to grow the mobile gaming business to be a significant contributor to profits. 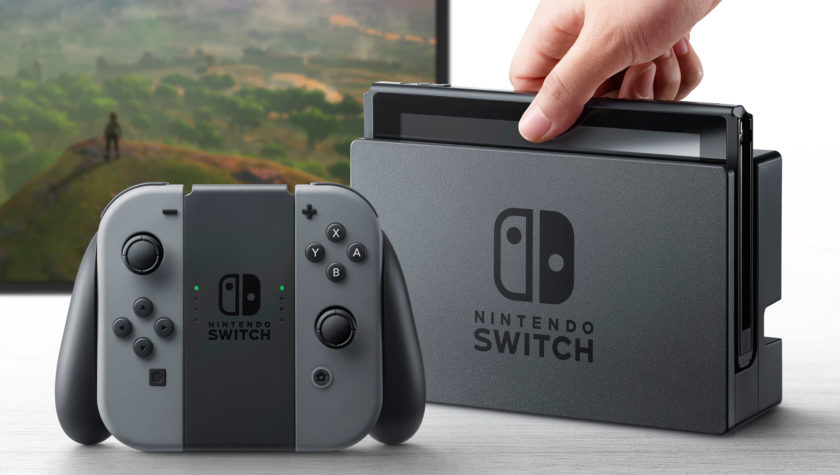 Do people really want another device to carry around?

Technically Nintendo is still profitable, but that came from a one off windfall from selling the Seattle Mariners baseball team in the US. That aside, the underlying business is struggling.

This is evident in the forward guidance which is unfortunately not looking brilliant at this stage. Nintendo has said it is expecting the US Dollar to average about 100 Yen and the Euro about 115 Yen vs the 110 and 125 respectively it had predicted. This has led to it slashing its full year profit forecast to about 30 billion Yen, down from 45 billion. That’s not great when you consider that selling the Mariners netted it almost 63 billion Yen by itself.

Even so, there are bright spots to look forward to. The first true Nintendo IP is putting in an appearance on iOS in time for Christmas and it seems likely that this will probably be a timed exclusive as opposed to a complete one. Nintendo (TYO:7974) needs to turn its fortunes around and it’s hard to see how it can accomplish that with platform exclusivity in the medium term given that has been its approach historically and gotten it into the position it is now in.

We’ll need to see how the Switch gets priced and if it really has the pull to get people back into Nintendo like the original Wii did. If so, Nintendo may have gained itself a stay of execution as a hardware maker but I for one feel that the writing is on the wall. The Switch has likely been in the works for a while. As such, it’s unsurprising that the company wanted to proceed with a launch given what it has likely invested into its design but I don’t expect a huge amount of money to be put into future hardware generations until the Switch proves that Nintendo can still churn out a hit platform.

That management are making the right noises is a sign at least that the company knows what it needs to do, now the question is whether it can deliver on those words.