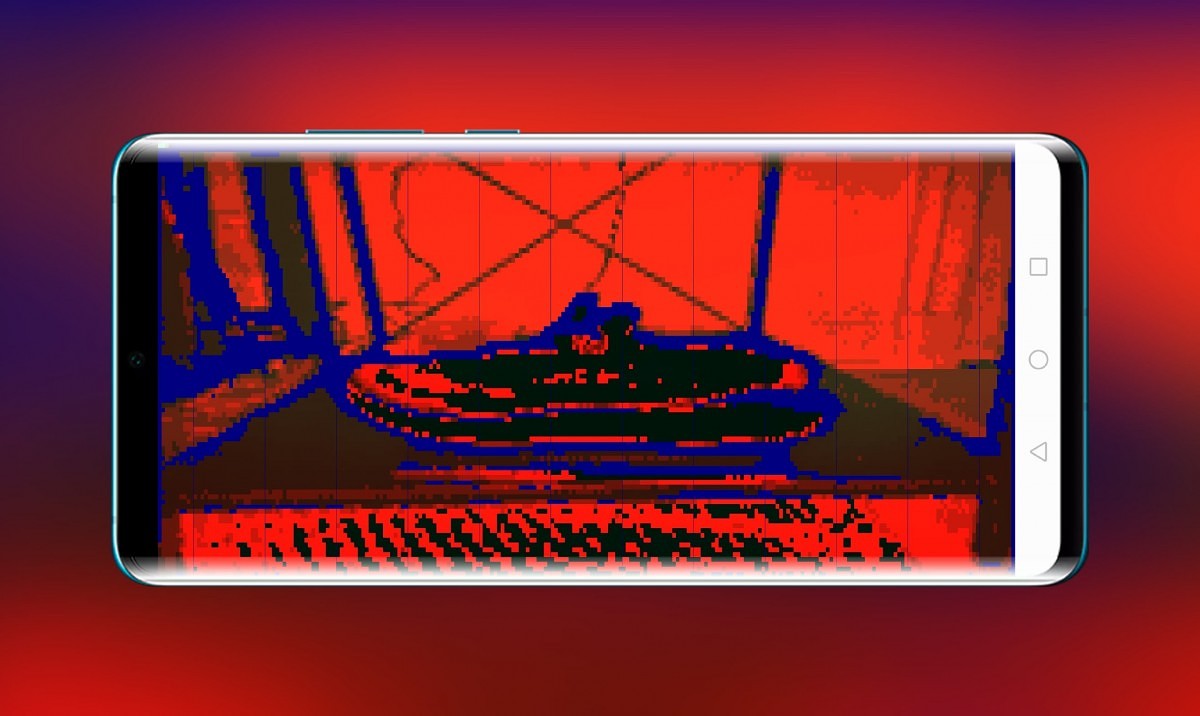 Time of flight sensors are a lot more common than we might know. Hardware facial recognition is one of the applications that make use of these sensors. When Samsung released the Galaxy S10 5G, it packed a Time of Flight sensor that helped the device with its 3D face unlock method. What does ToF sensor do? Well, it is responsible for tracking the distance between two objects based on the speed of light.

In the past, developers have used data gathered from ToF cameras to create virtual 3D models with depth data in order to create night-vision modes. This has been done on Huawei phones in the past, and now you can do it on your Galaxy S20 Plus, and basically any other phone that comes with a Time of Flight sensor.

Now keep in mind that it is not actually a proper night vision mode but the results so far are pretty convincing. I just installed this app on my Galaxy S20 Plus, turned off the lights and tried to see things through the viewfinder and it is pretty impressive, to say the least. Especially when you consider the fact that I tested this app in complete darkness.

Sadly, the app does not allow you to take a photo. So, I had to make do with taking screenshots. Additionally, the resolution on the Galaxy S20 Plus is a measly 320x240, but you can make out most of the stuff in the picture.

You can look at the picture of my arm in complete darkness, the app allowed the sensor to differentiate between my skin and the part that is tattooed, which is pretty impressive.

Since the ToF sensor works by factoring in the distance, you can actually take the phone and walk around in complete darkness without bumping into anything. But it will not show objects that are far in the distance. Below is another picture of my Razer Huntsman Elite.

The best part is that you don't really need to tinker with any settings on your device. All you need is a ToF sensor and can enable this night vision mode, too. Just know that the app is in experimental stages and there is no other functionality available at the time of writing.

If you do own a device that has a ToF sensor, you can download the Night Vision app and see if you can make sense of your environment using the viewfinder. I tried it and managed to walk towards the other side of the building without bumping into anything.