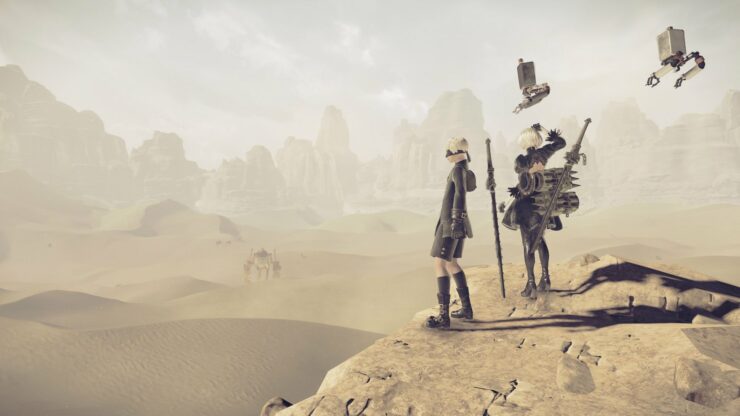 Nier Automata, the second entry of the series published by Square Enix, is definitely among the most interesting PlayStation 4 exclusive currently in development, and fans are dying to learn more of the game currently in development in collaboration with Platinum Games. While no new detail has emerged recently, today Nier fans can check out some brand new screenshots.

The new Nier Automata screenshots, which have been shared on Twitter by Nova Crystallis, showcase the game's beautiful environments, including a desert location that has not been shown before. You can check out the three screenshots right below.

Square Enix showed more of Nier Automata two months ago during the E3 2016. The game's latest trailer featured plenty of intense action, so fans of the action experience of Platinum Games' titles will surely find something to like in Nier Automata, even if they are not fans of the original Nier.

Nier Automata was originally scheduled for a 2016 release, but the game won't be available until next year. We will keep you updated on this very interesting PlayStation 4 exclusive as soon as more comes in on it, so stay tuned for all the latest news.

NieR:Automata Game of the YoHRa Edition Coming to PC and PS4 on February 26th, 2019