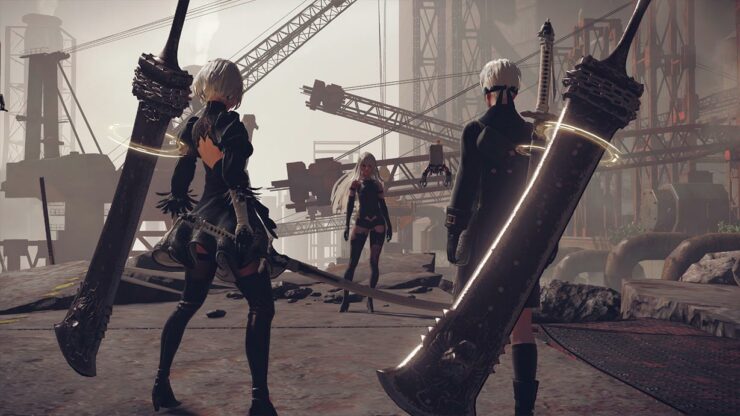 Nier Automata, the new action role playing game currently in development by Square Enix in collaboration with action games masters Platinum Games, has been revealed last year to pretty much everybody's surprise. While the original game gathered its own loyal following during the course of the years, nobody expected to see a new entry of the series. With the game's getting closer to release, the Japanese publisher is ready to show more of it in action.

A few hours ago, Square Enix shared a new Nier Automata trailer in time for the E3 2016, showcasing the game's characters and locations, and some incredibly intense action. You can check out the trailer right below.

Unfortunately, it's not all good news for Nier Automata at the E3 2016. Square Enix confirmed that the game will be released in early 2017, and not during 2016 as previously announced. The game looks quite good already, so the extra development time will allow the team to make an even better game.