Given its popularity, it is only a matter of time before someone tries to cheat their way around Pokémon Go. People have attempted to use a plethora of tactics ranging from using mock location apps to emulators in an attempt to complete in-game goals such as hatching eggs. There were even some third-party apps that helped players. Today, Niantic has reportedly filed an injunction against a hacker group that developed one of these apps.

According to a report by Business Insider, Niantic has filed a suit against Ryan "ElliotRobot" Hunt, Alen "iOS n00b" Hundur, and 20 other members of Global++, an "association of hackers" that it accused of making and distributing PokeGo++, an "unauthorised derivative version" of Pokémon Go. According to the lawsuit:

MARVEL World of Heroes Is Niantic’s Next AR Mobile Game

Among other things, defendant's schemes undermine the integrity of the gaming experience for legitimate players, diminishing enthusiasm for Niantic's game aid, and in some cases, driving players away from Niantic's games altogther. Defendands' schemes therefore damage Niantic's reputation and goodwill and interfere with Niantic's business. 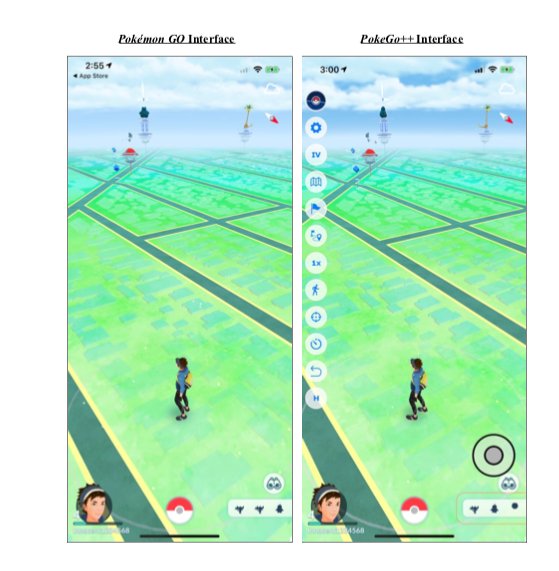 The lawsuit further alleges that the group has earned money by selling "subscriptions" for these apps. which gives players an 'undue advantages' over people using the regular app. Gobal++ is also accused of profiting from Niantic's other augmented reality game, Ingress. Ingress++—much like PokeGo++— gives players unfair advantages. Niantic's upcoming AR-title is Harry Potter: Wizards Unite and it is expected to hit the major app stores soon. Currently, the title is being beta tested in Australia and New Zealand. The hacker group is said to have developed a cracked version of the title as well and Niantic wants to stop them in their tracks. Business Insider attempted to reach out to Global++ for a statement but received no response.