With Microsoft’s unified-interface operating system, Windows 10 all set to be announced on June 29, Newegg, a popular e-commerce website situated in the United States spilled the beans on the pricing of Windows 10, at least for the Home and Professional versions. Previously, the only two pieces of information required to complete the puzzle of leaks surrounding Windows 10 was its release date and pricing. Now thanks to Hot Hardware, the last piece has finally been made available to you guys. 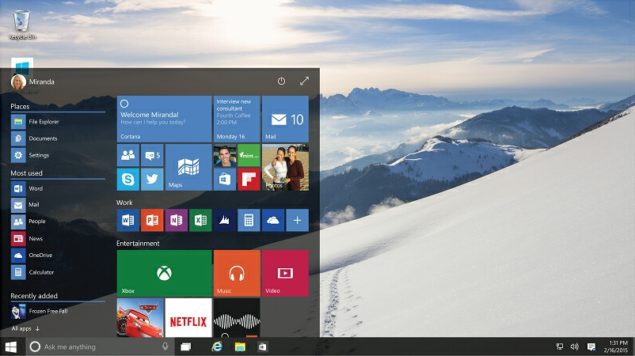 According to the website, Windows 10 Home features a price of $109.99, while Professional costs $149.99. While the remaining versions were not included in the leak, we can assume for now that they will carry a much larger price tag compared to these versions (if there is an Ultimate version for Windows 10).

For comparison purposes, both price tags are $10 more than their Windows 8.1 predecessors. However, it should reiterated that Windows 10 is free for the first year for owners who are running legal versions of Windows 7 or 8, which is going to strike as an interesting deal. 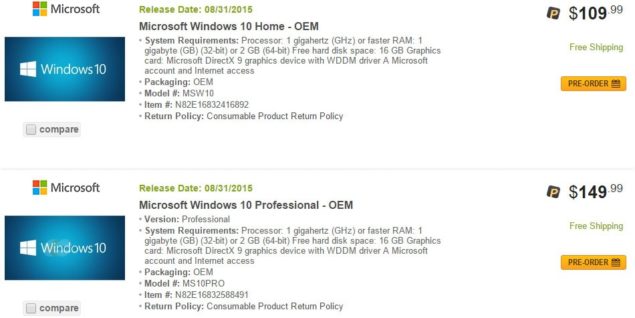 Earlier this year, AMD's Lisa Su had stated that Windows 10 with Microsoft’s next generation graphics API DirectX 12 would be released in July. The executive’s prediction was slightly against the targeted timeframe, but nevertheless, she still came close to it. It is also possible that Microsoft may have pushed the release date forward, which is rare for a lot of tech companies out there.

It all comes down to see if Newegg was right about the prices of Windows 10. Looks like we are just to have to wait and see.