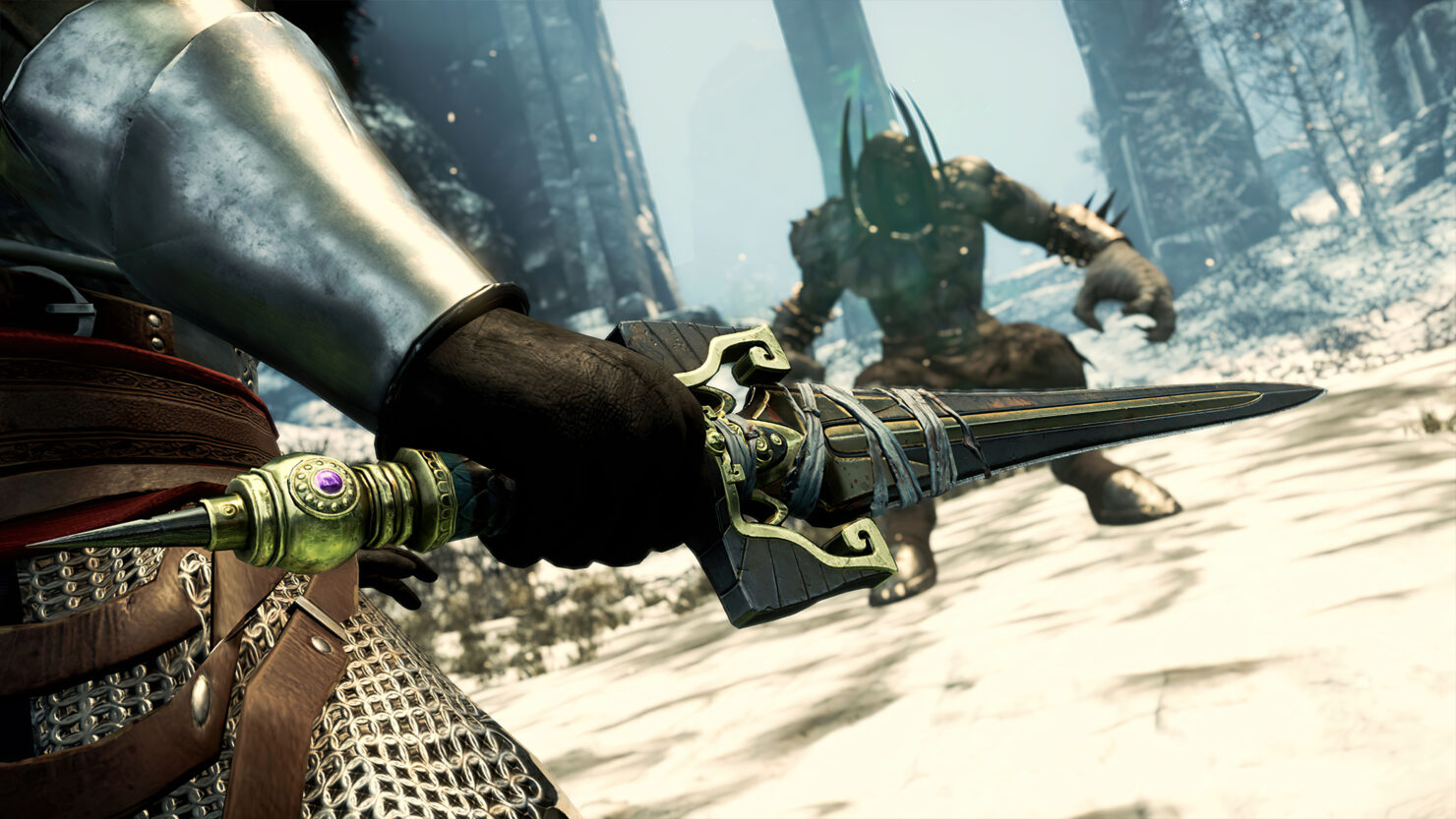 Amazon Games has pushed a new update, version 1.0.4, to its MMORPG New World. This patch is highly anticipated by players for several reasons, such as the re-enabling of character transfers between servers and of the endgame PvP mode Outpost Rush. Both will occur in stages, beginning with US West servers (for character transfers) and with South American servers (for Outpost Rush), and then they'll be rolled out later today over the rest of the world, provided there are no further issues.

New World update 1.0.4 also delivers a host of fixes to annoying bugs and exploits (such as a particularly nasty one that was used in PvP Wars). You can read the whole changelog below.

The fixes listed below are tentative fixes and mitigations. Our goal is to get these changes out and see if issues persist, so we can continue to work on them and address in a future update if necessary.