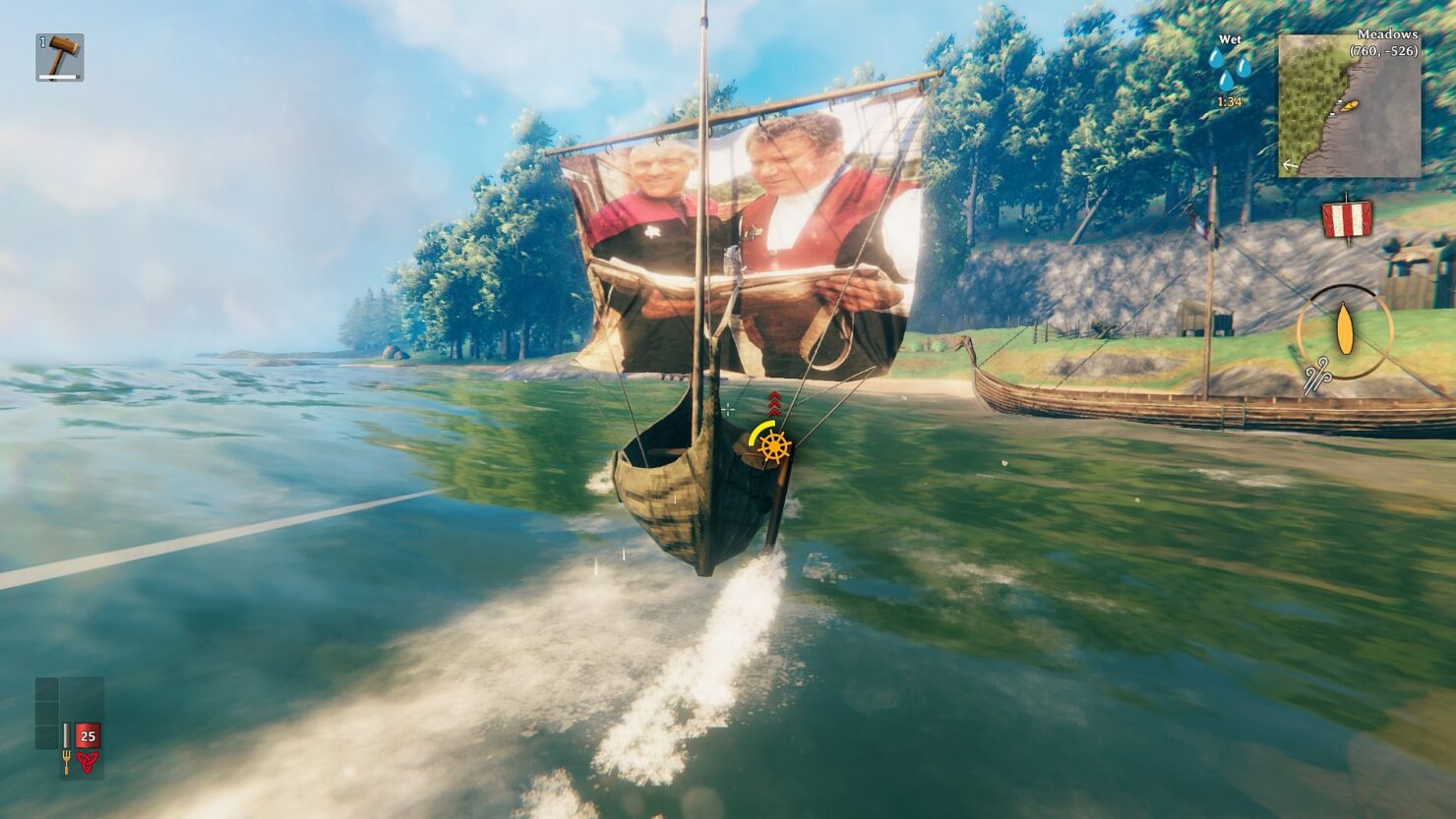 Here's how this Valheim mod works, according to its creator RoloPogo:

The Custom Sails mod will require the BepInEx plugin/mod framework to work. Once you've downloaded the mod, copy CustomSails.dll into Valheim/BepInEx/plugins and voila, you should be able to customize your ship's sails.

In related Valheim news, an enterprising group of modders is attempting to mod the game's servers to allow thousands of players to play in the same world.

Meanwhile, game developer Iron Gate posted an update on the development progress last Friday. The Heart and Home patch won't be rushed, just like Valheim itself wasn't rushed into early access before it was ready.

Tweaks and fixes to improve your gaming experiences are still being made. For example, this week we released a patch that included a new terrain modification system, and a bugfix that hinders draugrs from spawning inside stones (draugrs shouldn’t be smart enough to use camouflage). Please up-vote or report new bugs that you find here: https://valheimbugs.featureupvote.com/.

Some other things that we have worked on are graphical updates to the troll, the second boss, and the third boss to give their old models some new fresh looks, and have their designs better fall in line with how we envision the enemies of Valheim.

More hair, nails and more defined muscles, what do you think of its updated look? These enemy updates will be available in the next patch!

This does of course not mean that we’ve forgotten about our next big update, Hearth and Home. The Hearth and Home development is moving forward, and we are working on new mechanics and new items that we can’t wait to show off!

Valheim was a labor of love and we didn’t decide on a release date before we knew it would be in a state we were happy to release it in, and we are doing the same for this update. Instead of rushing it, we want to let it take the time it needs to get in a state that we’re happy with.