New Rare Shiny Magikarp Has Been Added to Pokemon GO – Catch it Now! 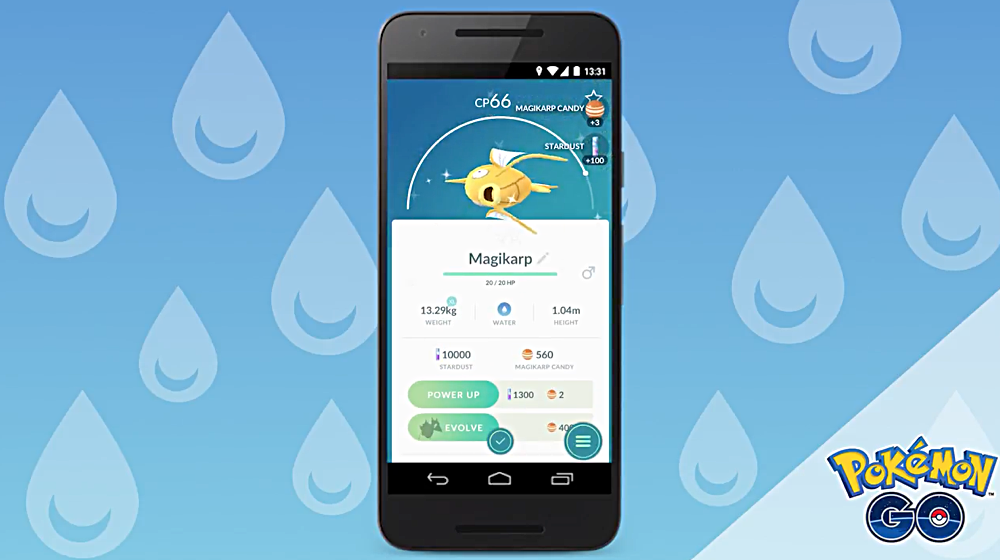 If the Pokemon GO Water Festival wasn't enough already, Niantic is taking things up a notch by adding a Shiny Magikarp to the game.

Niantic kicked off its Water Festival a few days back, and it appears as though things are in full swing already. Now though, in order to take things up a notch, the company behind Pokemon GO is adding a Shiny Magikarp to the game, giving users a chance to catch this rare Pokemon when they are out and about.

Trainers across the globe have reported sightings of golden Magikarp in the wild. These Shiny Magikarp are extremely rare, so pay close attention to the Magikarp you encounter while you’re out exploring the world to make sure you don’t miss the opportunity to catch one!

Have you caught one? Make sure to share your story and a screenshot with us on Twitter using #PokemonGO.

Thanks to the Water Festival, the chances of catching a water-based Pokemon where you normally wouldn't have increased exponentially. And to keep things as interesting as possible, the new addition to the roster of Pokemon is just icing on the cake.

The Water Festival will come to a close on March 29, after which water-based Pokemon can only be caught where there's a water body nearby. So, if you think you have taken a long enough break from the game, it's best to jump right into action for a chance to expand your Pokemon collection in the game.

If you haven't already, you can jump into Pokemon GO by tapping the download links below.

Pokemon GO is free to play as ever. But there are in-app purchases in the game if the player requires a slight hand in getting to the top faster. It will, of course, cost you real money, so make sure you have total control over what you are doing.

We are off to catch some Shiny Magikarp because we are feeling lucky. It's best that you do so as well!