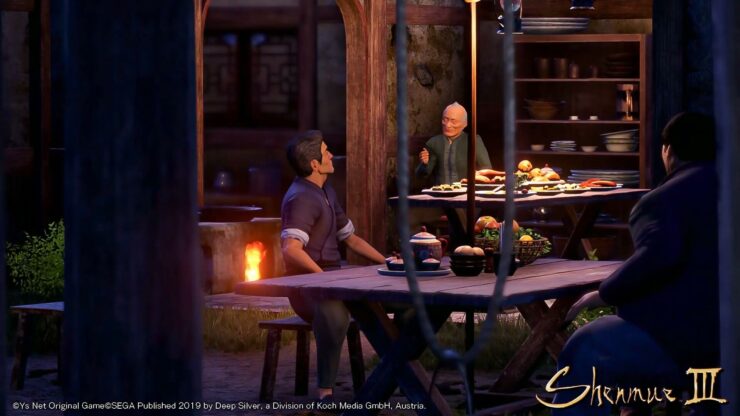 A set of new Shenmue III screenshots has been released by publisher Deep Silver, showcasing some of the game’s environments and characters.

Officially releasing next month on November 19 for PlayStation 4 and PC, Shenmue III is the highly-anticipated sequel to Dreamcast classics Shenmue and Shenmue II. In Shenmue, the player controls teenage martial artist Ryo Hazuki as he investigates his father's murder.

Players must explore the game's open world, searching for clues, examining objects and talking to non-player characters for information, taking them further into enemy territory, deeper into mystery, and even closer to their destiny.

Check out the new screenshots down below:

Shenmue III will be available for PC exclusively through the Epic Game Store. The game is being published by Deep Silver. “I am very pleased to secure this global partnership with Deep Silver, which is comprised of incredible men and women who have a deep passion for bringing Japanese titles to the rest of the world”, Shenmue creator Yu Suzuki said back in 2017. “Throughout this process, Deep Silver has expressed a deep passion for Japanese games, the Shenmue franchise and its fans—this gives me further confidence in Shenmue III and that we have found the best partner possible.”

As said, the game is releasing next month on November 19 after being delayed multiple times.