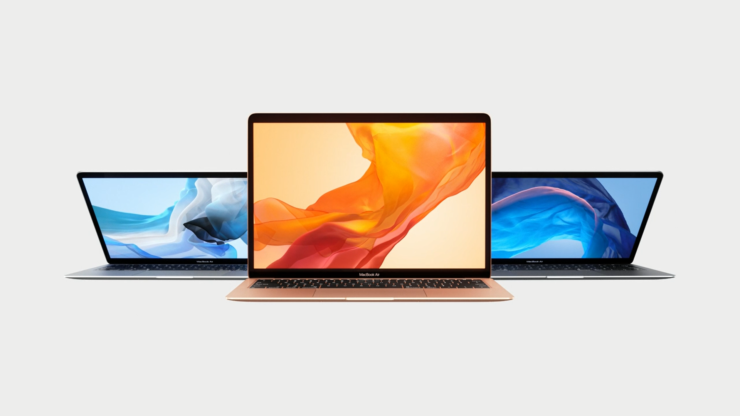 After literally years of speculation, Apple has finally launched its upgrade to the MacBook Air. The upgrade has been a part of the rumor mill for more than a year, and now, it's finally here. The new MacBook Air brings several new features on the iconic low-powered notebook. So take a look below for more details.

At its event today, Apple started off with a new MacBook Air. The notebook features Apple's trademark Retina display which is capable of displaying 4 million pixels. The display is 13.3" in the diagonal, and features razor thin bezels. Apple also introduces Touch ID on the MacBook Air, as the biometric sensor finally permeates the company's product lineup with ease.

Touch ID on the MacBook Air is supported with Apple's T2 chip, with an SSD controller. This ensures that all sensitive information is stored in a dedicated chip. The T2 also features redesigned system and audio controllers. The notebook's redesigned display also includes a FaceTime HD camera. The new MacBook Air's trackpad is 20% larger than its predecessor, and it also features Force Touch.

The MacBook Air features a brand new keyboard with improved responsiveness. The TouchPad also receives an upgrade, with haptic feedback. The notebook has two Thunderbolt 3 ports, a dual-core eight generation Intel Core i5 processor that clocks at 1.6/3.6 GHz. Storage will be customizable up to 1.5 TB SSD that is 60% faster over its predecessor. The notebook will also feature up to 16GB or 2133MHz RAM, and its Butterfly keyboard will be backlit. Apple promises up to 13 hours of iTunes movie playback, and 12 hours of wireless web browsing for the notebook.

The new MacBook Air is 17% lesser in volume and 10% thinner than its predecessor. The notebook manufactured out of 100% recycled aluminum. It will start at $1199, and you can pre-order today. The MacBook Air will be available in three colors which are Gold, Space Gray and Aluminum. Apple's stated delivery date for the notebook is November 7th, meaning that it will be in your hands by next week.