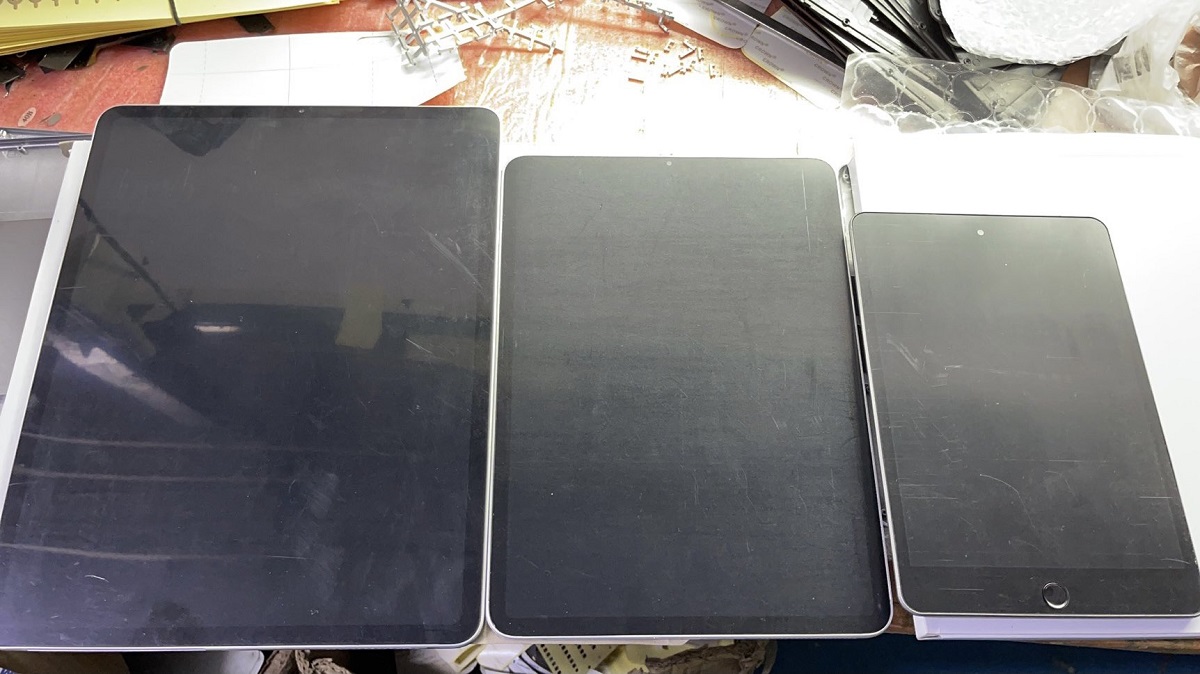 We previously heard that Apple is looking to release new iPad mini and iPad Pro models in the first half of this year. While we are expecting Apple to release the new iPad models this months, the company has not shared any official details pertaining to the matter. Now, a new leak has emerged today which shows details of the upcoming iPad mini as well as iPad Pro models. Let us dive in to see some more details on the leaks and design of the iPad mini 6.

The alleged leaked images by a tech blogger Sonny Dickson appears to show the 11-inch and 12.9-inch iPad Pro models as well as the refreshed iPad mini 6. The images show dummies of various iPad models which are usually based on CAD schematics via the Chinese supply chain. These are used by case manufacturers so to make cases before the product is officially available to the public.

The dummy unit shows the iPad mini 6 with more or less the same general design that we have already seen on the iPad mini 5. It features the same giant bezels on the top and bottom portion and also houses the Home button. According to the leaker, the device looks to be "slightly thicker." This does not represent the speculations coined by Ming-Chi Kuo. He stated that the iPad mini 6 will feature 8.5-inch to 9-inches of display with trimmed bezels. Mark Gurman from Bloomberg also shared the same insights. 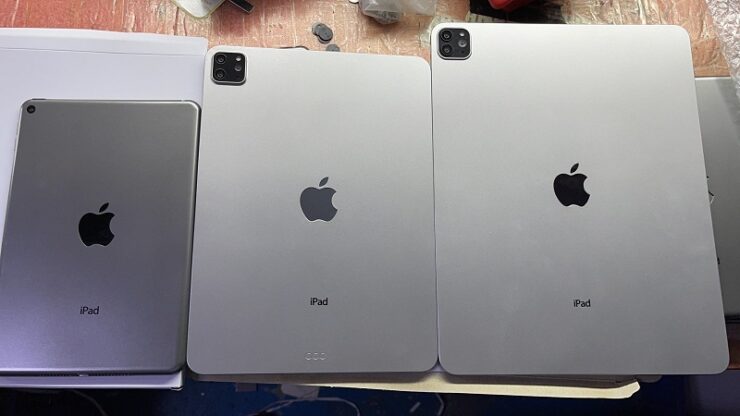 It is unclear what Apple has in mind at this point. If Apple is looking to increase the screen size, we are not sure if the overall form factor of the iPad mini will be changed or the trimmed bezels would compensate for the bigger display.

Other than the iPad mini 6, the dummy units of the two iPad Pro models feature the same array of cameras and sensors at the back. However, the camera bump on the 12.9-inch iPad Pro model is a bit less compared to the 11-inch iPad Pro. IT is expected that the camera itself will protrude but the individual lenses will see less protrusion. As for the bezels, the leaked images appear to show the same size as that of current models.

We are expected upgraded internals on the iPad Pro model - the A14X chip which is said to be on par with the new M1 chip in Macs. In addition to this, Apple will incorporate better camera performance, a mini-LED display on the bigger 12.9-inch model, and much more. Apple is expected to announce the new iPad models later this month, but we can not say that for sure since Apple has remained quiet on the scenario.

That's all there is to it, folks. Do you want an iPad Pro-like design iPad mini 6? Let us know in the comments section below.