Following the announcement last week, Bethesda has released the promised beta version of Fallout 4’s overhauled, more challenging Survival Mode on Steam for PC gamers. Starting today, those who own PC version of the game can play the Survival Mode in beta by downloading the latest update, which, in addition to adding new features to the Fallout 4 Survival Mode, brings a number of important fixes to the game. Bethesda has also pointed out that PlayStation 4 and Xbox One players will have to wait until next month for this update. 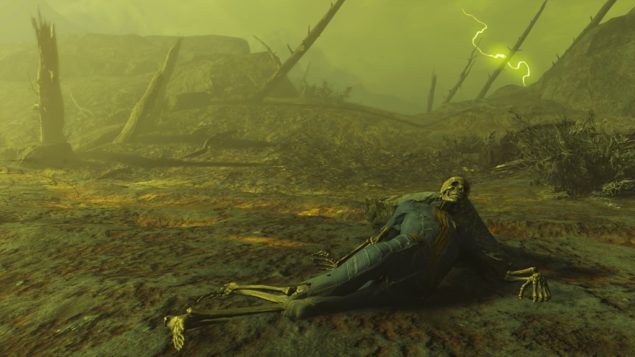 Last month, Bethesda decided to provide Fallout 4 players will a proper Survival Mode, one that didn’t fall short to the game’s predecessors. Today, the developer has rolled out an update for its award-winning action role-playing video game, allowing players to test a number of new features that the team is adding to the Survival Mode to make it more challenging. The latest update 1.5 increases the game’s difficulty by adding realistic features such as “no fast travel, increased lethality, diseases, fatigue, danger and more” to the Survival Mode.

Here’s how you can access the Survival beta on PC.

In a latest blog post, Bethesda has provided a plethora of information on the new Fallout 4 Survival Mode and what to expect from it when it comes out, but the developer has also decided to remain “vague about the specifics of certain things,” because the team is “looking forward to you discovering them on your own and with each other.” One of the main reason for the new, ultra-challenging difficulty features in the game was “to force you to make interesting choices,” reads the blog post. And the developer was able to do that “by bringing more contrasting motivations to Fallout 4 using the type of circular systems you might find in a game like Dark Souls.”

That is not all, the changes Bethesda has made to the Fallout 4 Survival Mode are numerous, and some of them may even come across as annoying and unwelcoming. One example of the exhaustive features added to the Survival difficulty is that players will only be able to save their progress when their character will find a bed and sleep for at least one hour. This, of course, makes it very important for players to discover beds scattered across the in-game world, especially when they want to save their progress before a big encounter.

You can read all about the new Survival challenges in Bethesda’s blog post here. Here are some changes that Bethesda has made to the Fallout 4 Survival Mode (via GameSpot):

As mentioned before, the new Fallout 4 Survival Mode is now available to players on PC for beta testing. The beta update also brings with it a new patch that introduces important fixes to the game. You can read the patch notes here.