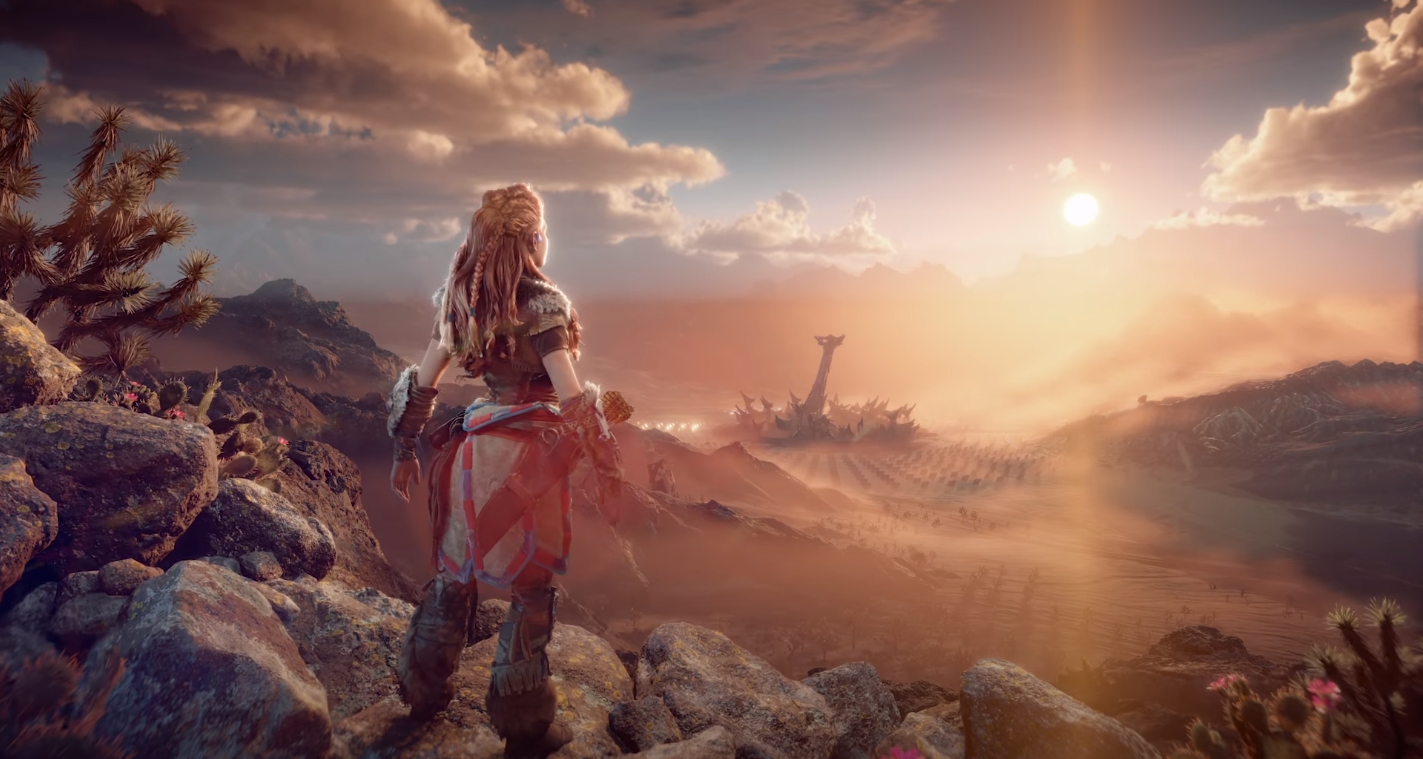 Guerrilla Games' upcoming followup to 2017's Horizon Zero Dawn was finally revealed during the PlayStation 5 reveal event last week and we're continuing to get more information on Aloy's next adventure little by little. A new video has been released by Sony focused on Horizon Forbidden West and what's to come for this open-world adventure game.

Although we got a brief glimpse during the initial reveal trailer, Guerrilla Games has confirmed that the new open-world map to Horizon Forbidden West will take place in the western half of the United States, long after the post-apocalypse that brought about Aloy's first adventure on PlayStation 4. From Utah to Yosemite National Park and further west to the oceanside districts of San Francisco, the region should feel familiar to some while remaining a brand new map to explore. Across the open world will be new tribes as well as mammoths in the frozen wilds.

According to game director Mathijs De Jonge, Horizon Forbidden West could only exist on the PlayStation 5. Horizon Zero Dawn already had some interesting loading tricks to keep the game from dropping sudden loading screens as Aloy travels across the open world but the SSD inside the PlayStation 5 could be a game changer for immersion as well as saving those that have to restart checkpoints a lot of time.

"On the PS5, we can make the world even more detailed and more vibrant and more immersive. With the PS5's SSD, there will be virtually no loading screens. So, in an open world game like Horizon Forbidden West, if you open up the map and fast travel from one end to the other [or] restarting from a checkpoint will be super fast. When you boot up the game, you're right there in the action."

Aloy won't just be traveling across the American frontier in Horizon Forbidden West. The aquatic landscapes where the Pacific Ocean and other bodies of water have reclaimed the land will be explorable in search of new machines to scan and study. Even with all of the new enemies and locations to explore, I'm personally hoping to finally get to ride a Stormbird across the open world in lieu of fast traveling.

Horizon Forbidden West will be launching exclusively on the PlayStation 5 sometime in 2021.