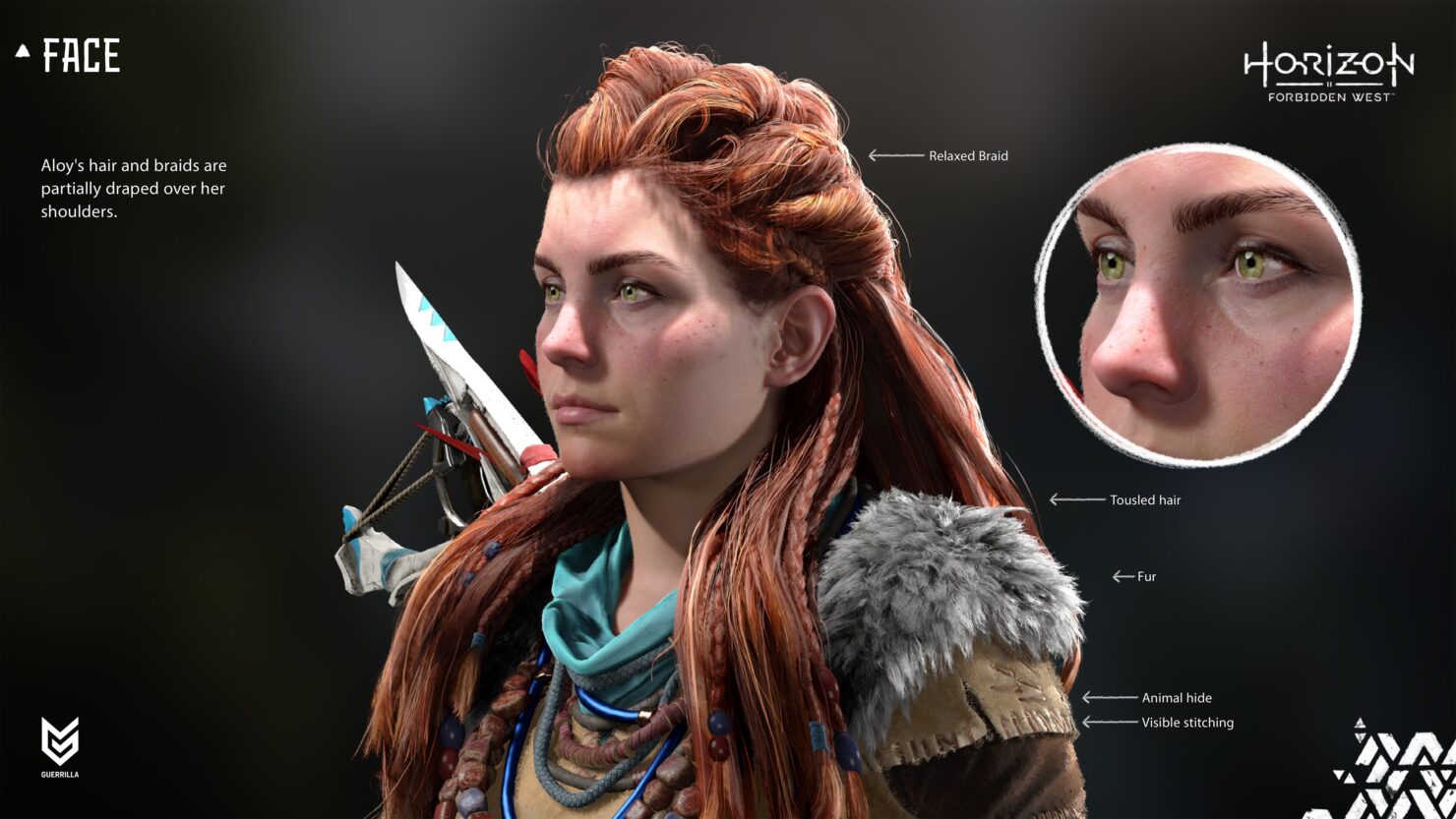 In a new post on the official PlayStation Blog, Guerrilla Games dived into the evolution of beloved main character Aloy in the upcoming Horizon Forbidden West sequel.

To begin with, the game's developers talked about the narrative changes.

Born and raised as an outcast, Aloy has a unique perspective on the world. She is deeply compassionate towards those who suffer, and highly driven to punish powerful oppressors. Although she has made many friends during her adventures, she still feels like an outsider, and the truth is, she has no real home. These aspects of her character will be explored in depth as she ventures into the mysterious frontier of the Forbidden West.

This goes for the story as well. It starts with the same Aloy that players fell in love with during Horizon Zero Dawn. But we’ve added new tribes, new companions, and new complications, all of which will force Aloy to change. We don’t want to spoil how, but there are some big surprises along the way! We have no doubt that players will enjoy watching her evolution.

Guerrilla then discussed how Aloy will look better in Horizon Forbidden West, particularly when playing on PlayStation 5.

Each generation of consoles brings extra power that lets us add even denser polygons to our character models, so we can create finer details such as peach fuzz, smooth contouring, or finer texture details and accurate materials expression, to name a few. And not only do visual aspects benefit from the new PlayStation 5 hardware — we have also increased the number of skeletal joints to bring our deformations and facial expressions to a whole new level for more credible and immersive character performance. All in all, a dream come true for both players and developers.

We actually developed and tested the game simultaneously on both PlayStation 4 and PlayStation 5, because it’s very important to us as a studio to ensure PlayStation 4 players get an equally immersive experience. With our knowledge from Horizon Zero Dawn, we knew that we still had some unexplored resources that could push the realism and quality of our character assets forward; it’s great to now be able to tap into that knowledge and experience for the sequel.

From an artistic point of view, Horizon Forbidden West really stands on the shoulders of a successfully established design foundation in Horizon Zero Dawn. The most noticeable differences and improvements for Aloy in terms of technology is the push of facial and body capture accuracy, allowing more realistic shapes and surface details on characters as well as the careful increase of polygon density to capture handmade and used outfits.

Horizon Forbidden West lands on both PlayStation 4 and PlayStation 5 on February 18th, 2022, five years after the previous game.