Even though Microsoft seems to only drop major details about Halo Infinite during their online press events, new details seem to emerge from the unlikeliest of places. At least this time, details about a triple-A shooter didn't leak out on the back of a bag of crisps. Instead, we have a toy retailer to thank for spilling the beans on what's to come in Halo Infinite.

Thanks to an Irish toy retailer known as Smyths Toys, a small tip about what's to come in Halo Infinite dropped on our doorstep. The 'greatly reduced load times' are pretty much a given with the Xbox Series X's SSD but it's two other little morsels that caught our eye. First is the inclusion of up to 120FPS graphics on the Xbox Series X. We already knew that the console could handle this higher frame rate but this might be the first confirmation of a Microsoft first-party title to take advantage of the technology. Previous announcements by Microsoft and 343 Industries only confirmed the Xbox Series X campaign at running up to 4K60. Secondly, the mention of free-to-play multiplayer is a shocking inclusion. Could this be the sign of Halo Infinite taking a Warzone-like approach and spinning its multiplayer off into a standalone client? Let us know your thoughts in the comments below!

Halo Infinite Multiplayer Preview #2 Out on September 24th; Available to Many More Players 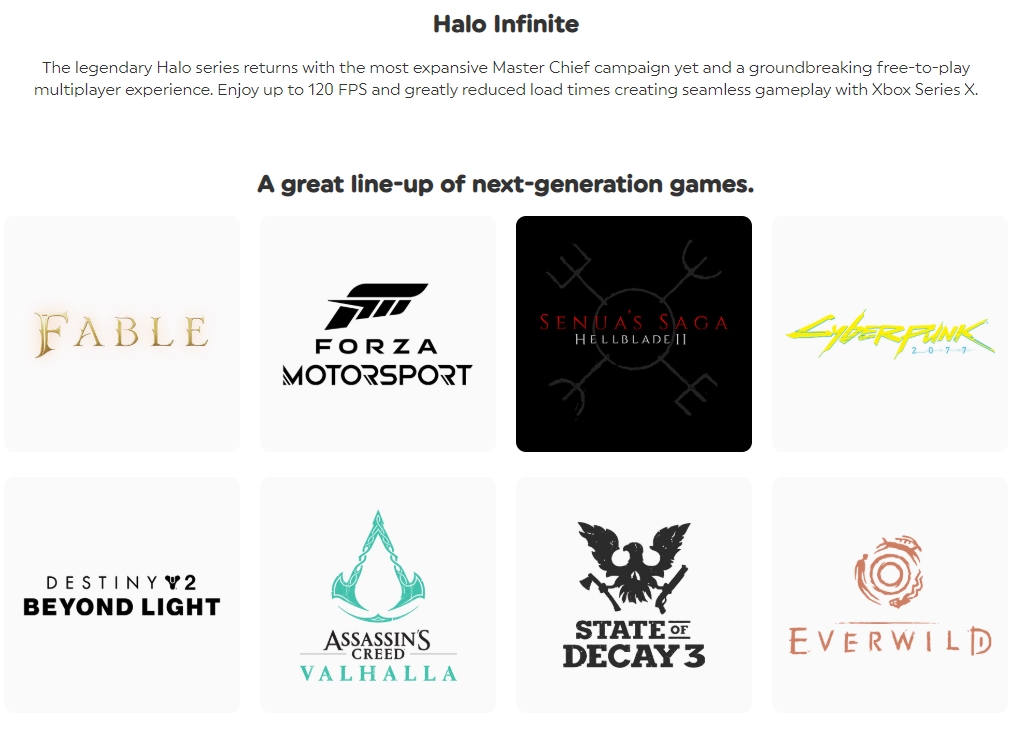 The recent gameplay reveal for Halo Infinite did leave fans pretty split on John-117's latest adventure when it comes to graphics. In the latest Halo Waypoint post, 343 Industries explained how they plan to increase visual fidelity for the final release.

Halo Infinite is on track for a release later this Holiday 2020 for both Xbox One and Xbox Series X as well as Windows 10 PCs. It will also be available day one for Xbox Game Pass subscribers, ensuring that players won't miss out on the campaign regardless of whether or not they pick up an Xbox Series X ahead of Christmas.