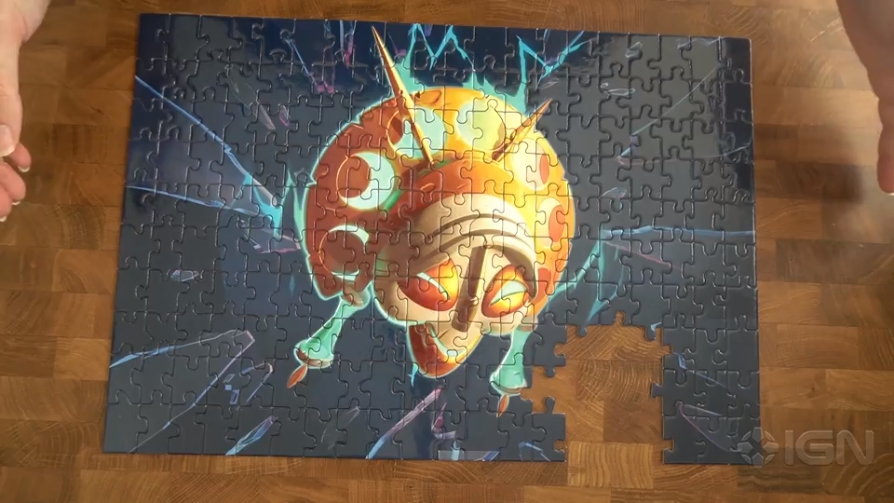 Does Activision think it's time for a new Crash Bandicoot announcement? According to IGN's Jonathon Dornbush, this could be very likely. Thanks to a mysterious gift sent to him, a new piece of the puzzle has emerged for what's next for the nitro-busting bandicoot. Note the lunar cycles on the mask's crown, possibly another hint for some focus on time in whatever gets revealed.

A new Crash Bandicoot game being in the works feels like one of gaming's worst kept secrets right now. From new enemies being shown off in Toys For Bob art exhibits to new characters showing up in trailers that no one knows about, there are a lot of hints pointing to another adventure for one of Sony's early mascots. Today's puzzle is just another teaser for what's to come, especially with a number of pieces missing from the puzzle. We suspect Jonathon will have a follow-up video very soon with another package of puzzle pieces containing the game's title and release date. 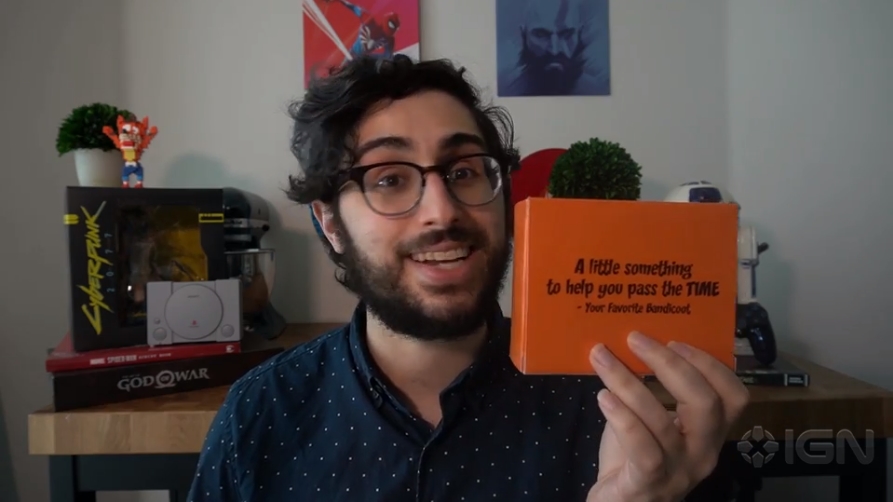 Numerous influencers on YouTube have noticed that this mask isn't something completely new for Crash Bandicoot. While it hasn't been featured in a game (yet), the foreign mask did have a guest appearance in a live action trailer for Crash Team Racing.

This clearly isn't the first time that Activision has sent out tchotchkes to members of the press ahead of announcing a new Crash Bandicoot title (I still have a pair of Crash socks Activision sent me from the N Sane Trilogy but those came long after the game launched. As for the Toys For Bob art exhibit, the original post containing some unreleased character designs has been taken down a long time ago but you can still check out a repost of the mysterious character designs on Reddit.