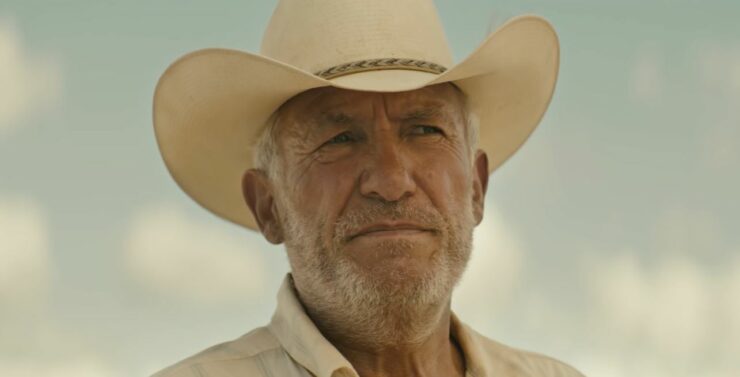 Apple never seizes a moment to brag about its products. Moreover, it releases several ads every now and then as a reminder for users about certain existing features. Take for instance the 'Ping' feature that allows you to locate your iPhone. You can also use your Apple Watch to ping your iPhone if you can not find it. This is exactly what the new Apple ad is all about.

Needle in a Haystack? Apple Ad Shows a Rancher Looking For His iPhone Using His Apple Watch

Apple uploaded the ad on its official YouTube channel with the title "Haystack." Have you ever heard the idiom "needle in a haystack"? Apple in its one-minute ad shows a rancher in search of his iPhone. The iPhone is lost somewhere in the haystack and it is up to the rancher to locate it. What better way to look for an iPhone than to ring it. Well, the rancher initially drives down a rural area that appears to be a farm. He walks with his dog to a huge haystack.

As can be seen in the new Apple ad, the rancher puts his sleeves up and pings the iPhone through his Apple Watch. The iPhone starts to make a sound and all that is left for the rancher is to reach his hand down the haystack and grab his iPhone. Apple states that "an iPhone that's lost is easily found." By the end of the ad, Apple touts "Relax, it's iPhone + Apple Watch."

If you happen to own an iPhone and an Apple Watch, all you have to do is swipe up and tap on the Ping iPhone button. Your iPhone will start making a sound and you can just follow the pinging sound to locate it. Take note that the iPhone should be in the range of your Apple Watch. This is also evident in the new Apple ad, as the rancher had to get close to the haystack in order to use his Apple Watch.

What are your views on the new Apple ad? Are you a fan of Apple's marketing content? Let us know in the comments.