Android 12 Developer Preview 1 has been out for some time now, and we have had a good look at all the changes that it brings. We also learned that the new DP1 has a hidden system setting design that Samsung's One UI inspires. Moreover, Android 12 might bring a new design standard called Material Next, and if that is true, other OEMs will have to follow these design elements.

There is not much known about Material Next aside from the fact that it makes the UI look similar to One UI, which is not bad. Now, folks over at 9to5Google have come up with additional mockups that actually show how the same design language could find its way across other native apps as well.

This is how the reimagined Gmail app looks like.

Not much has changed in terms of the design; the reimagined Gmail app now has a pill-shaped search bar along with a Google account avatar, but it still gives this app more character in terms of design. 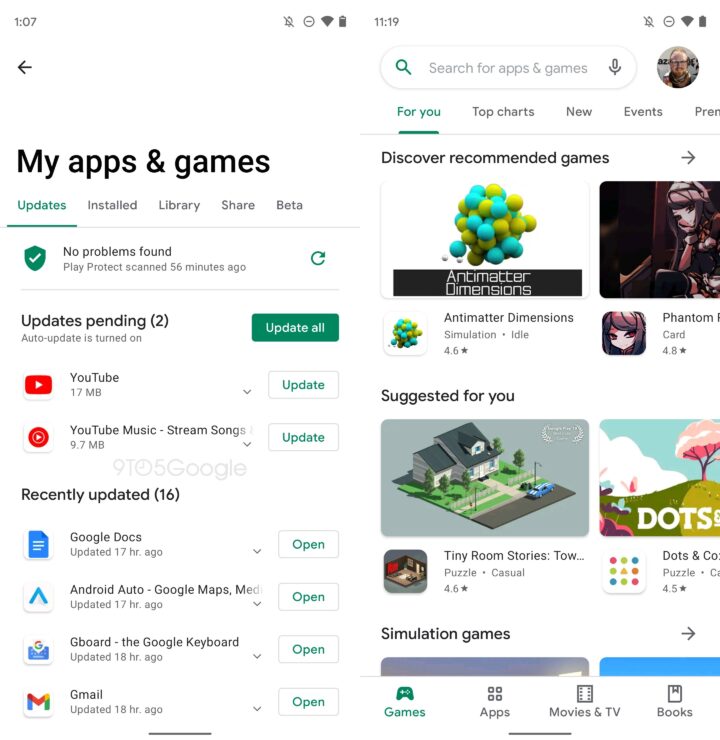 The Play Store sees a good change in design and looks a lot similar to what we have seen in Samsung's One UI. Of course, this is still a mockup, and the final design is likely to change, but it looks a lot cleaner and more accessible now.

The Contacts app sees a similar redesign that will make it easier for people to use the phone with one hand.

Lastly, we have the Google Files app, which has gone through the same treatment called Material Next. Again, these are just mockups. Therefore, it is advised to take this with a grain of salt as Google has a habit of making changes to their design language, resulting in the entire One UI-inspired element being just a thing of the past.

Whether you like it or not, Android 12 looks like it will bring some changes as far as the design elements are concerned, and honestly, we are all for it.

If you are interested in installing the Android 12 DP 1 on your Pixel phone, you can go through this tutorial and get started.