After Net Neutrality Repeal, AT&T Proposes “Internet Bill of Rights” to Cover Both ISPs and Tech Companies Under the Same Rules 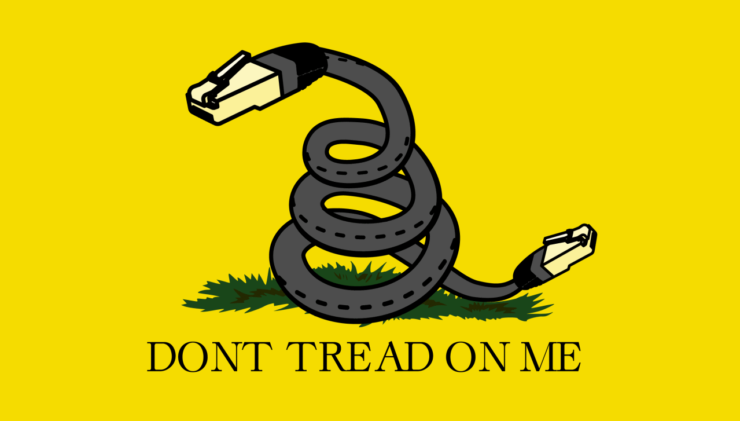 Big Telecom may have won the fight over the repeal of the landmark net neutrality protections, major corporations are still trying to continue the conversation and justify the repeal in the face of public outcry in an effort to make the FCC and FTC even weaker. AT&T is running a nationwide advertisement carrying an open letter from AT&T Chairman and CEO Randall Stephenson. The open letter suggests that the company supports the principles of open internet and has proposed a new Internet Bill of Rights that encompasses both the ISPs and the tech companies.

Tech companies aren't governed under the net neutrality rules because they don't provide access to the internet or have control over lanes that are used to give users connectivity. AT&T does, however, hit the nail saying that "regulators under four different presidents have taken four different approaches". The open letter reads:

"Courts have overturned regulatory decisions. Regulators have reversed their predecessors. And because the internet is so critical to everyone, it’s understandably confusing and a bit concerning when you hear the rules have recently changed, yet again."

AT&T has called on Congress to make new laws that make things a little less confusing, but until that happens, the company promises it will be committed to an open internet, won't block websites, censor content, or throttle access based on content. The company avoids mentioning the use of fast lanes, which is essential to an open internet. With fast lanes, big tech companies manage to gain an edge over startups who can't afford to pay for that access.

AT&T wants ISPs, device makers, app makers, and every big and small tech company to be governed under the same rules

While there is a clear distinction between the critical services that an ISP provides and highly competitive services that the tech companies offer, the ISP continues to suggest that all companies associated with the internet should be covered under the same laws. "But the commitment of one [i.e. AT&T] company is not enough," the company said.

"Congressional action is needed to establish an “Internet Bill of Rights” that applies to all internet companies and guarantees neutrality, transparency, openness, non-discrimination and privacy protection for all internet users."

The open letter adds that such a legislation "would provide consistent rules of the road for all internet companies across all websites, content, devices and applications". It's interesting how Stephenson suggests that a company like Snapchat, for example, should be treated like a company that has monopolistic control over internet infrastructure in several parts of the country; that actually has the power to turn off or slow down access for millions of its consumers.

The company also subtly sells the need for fast lanes by saying that "technological advances like self-driving cars, remote surgery and augmented reality will demand even greater performance from the internet," hinting that the ISPs are right to offer special access to meet that demand.

While legislation actually sounds like a good answer to the continued back and forth on the internet regulation discussion, looking at how ISPs spend millions of dollars buying lawmakers, it won't be surprising that even the Congress-approved bills would actually carry a stamp of approval of the ISPs. Those on the other side call this so-called "Internet Bill of Rights" as AT&T's ultimate hypocrisy. In an email to The Verge, Gigi Sohn, a former FCC counselor, said that such a bill "supported by AT&T will leave the FCC powerless, net neutrality and privacy protections weak, and consumers and competition left out in the cold".