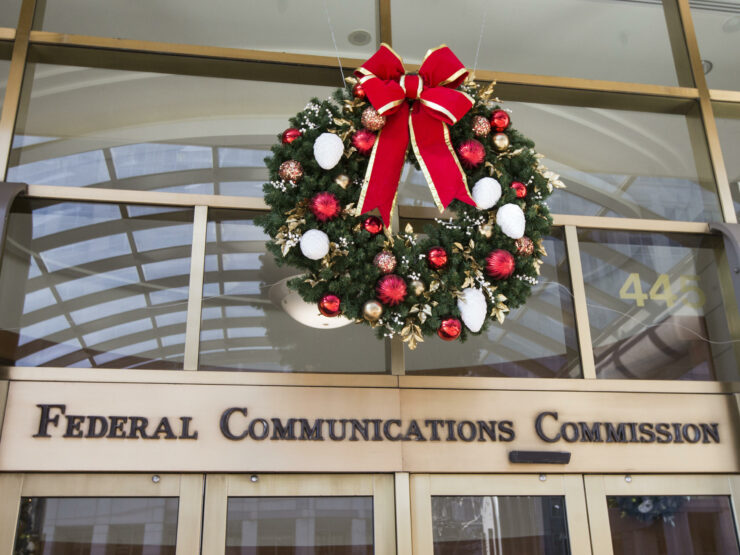 The FCC held its monthly meeting today. With a number of other items on the agenda, the meeting was primarily set for the Commission to vote on the controversial repeal of net neutrality rules. The vote approves the new Internet Freedom Order and removes the Title II classification of internet providers. The new Order also sees the FCC pull itself from enforcing rules like no prioritization, no blocking, no throttling, and no paid fast lanes.

"Because the public can plainly see, that a soon-to-be-toothless FCC, is handing the keys to the Internet - the Internet, one of the most remarkable, empowering, enabling inventions of our lifetime - over to a handful of multi-billion dollar corporations. And if past is prologue, those very same broadband internet service providers, that the majority says you should trust to do right by you, will put profits and shareholder returns above, what is best for you." FCC Commissioner, Mignon Clyburn

While a majority of Americans had commented in opposition of this repeal, the Chairman of the FCC had said before he was even made the chair of the FCC, that he will see these rules gone, no matter what.

While the telecoms industry starts partying early this season, users will be facing the results of today's decision in the coming years, if not sooner. As Commissioner Clyburn said during her dissenting statement, internet users won't be seeing the results of throwing out net neutrality protections right away.

"Most of us will get up tomorrow morning and over the next week, wade through hundreds of headlines, turn away from those endless prognosticators, and submerge ourselves in a sea of holiday bliss," she said. "But what we have wrought will one day be apparent and by then, when you really see what has changed, I fear, it may not only be too late to do anything about it, because there will be no agency empowered to address your concerns."

The repeal, while approved today, will take months before it actually takes place since it needs to be approved by the Office of Management and Budget according to one FCC spokesperson. In the meantime, "the existing 2015 rules remain in place until the new rules are cleared".

"This item insidiously ensures the FCC will never be able to fully grasp the harm it may have unleashed on the internet ecosystem. And that inability might lead decision makers to conclude, that the next internet startup that failed to flourish and attempted to seek relief, simply had a bad business plan, when in fact what was missing was a level playing field online." Clyburn

Commissioner O’Rielly actually said during today’s hearing that there are clear benefits to paid prioritization. All that Pai and his two commissioners have ensured is that the ISPs will disclose before they are going to engage in any anti-consumer or anti-competition practices. Well, that's good - you will be informed when the telecom giants mess up your internet access. If you aren't grown up enough to deal with your own issues, the FCC has graciously appointed the Federal Trade Commission to take care of your problems.

"Now our broadband providers will tell you they will never do these things. They say just trust us. But know this: they have the technical ability and business incentive to discriminate and manipulate your internet traffic. And now this agency gives them the legal green light to go ahead and do so." FCC Commissioner Jessica Rosenworcel

The FTC, however, isn't willing to do this job and has said that don't expect the trade commission to fight your wars because it's overworked and is being set up by the FCC to fail. In short, the open internet as we know it is done and no one in the US government cares because the telecom giants have spent over $100 million to buy lawmakers' support.

Pioneers of the industry are asking Americans to persist and continue holding their representatives in Congress accountable.