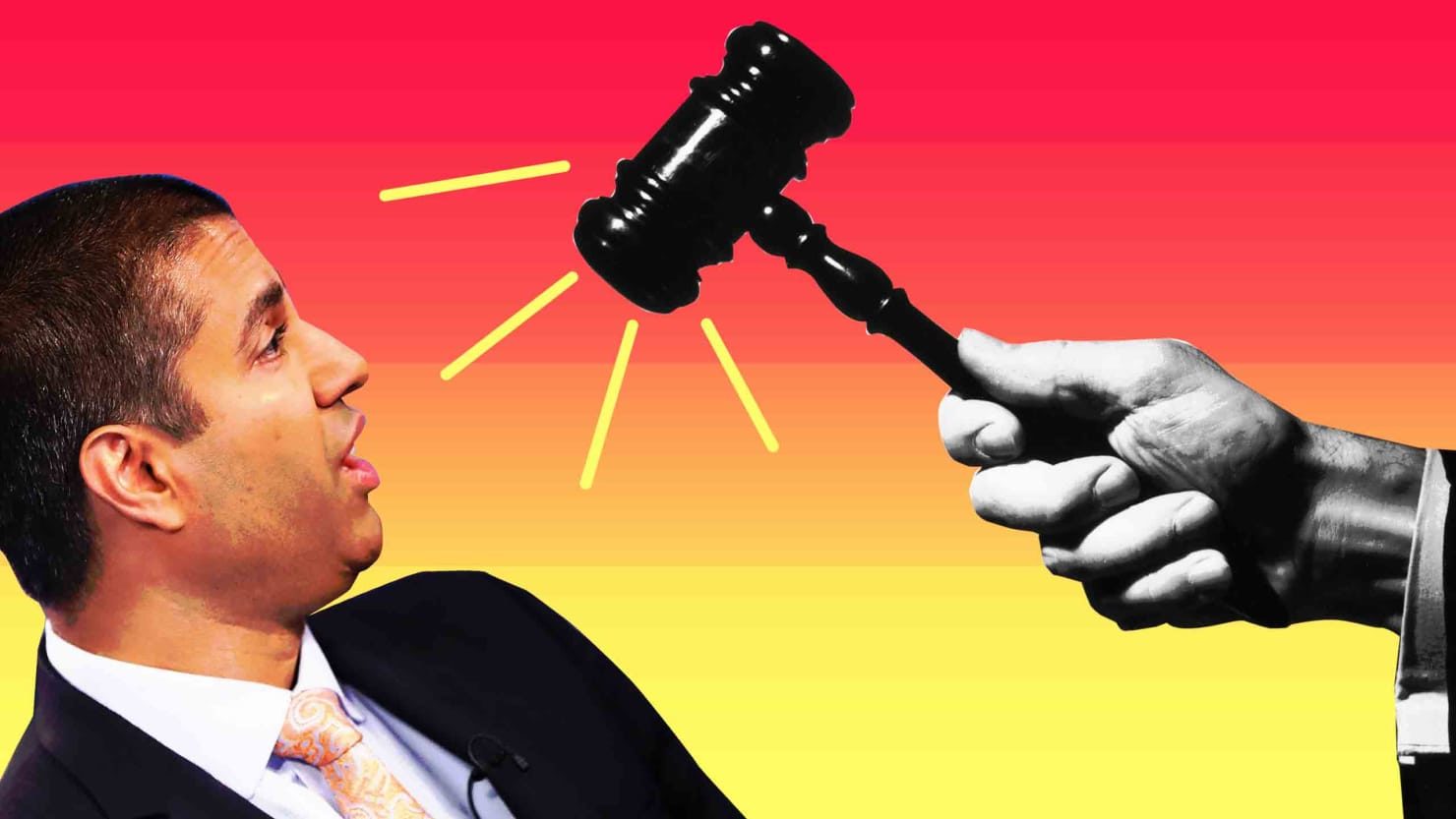 The Federal Communications Commission finally repealed the net neutrality rules after months of efforts trying to turn it into a partisan issue (surprise! it's actually not), disregarding public comment, and making fun of everyone who was telling Chairman Ajit Pai he was a Verizon puppet... While it will take the new Internet Freedom Order at least a few months before it's implemented, as expected several organizations and states are considering reversing this repeal.

[On a side note, Pai continues his misinformation campaign even after this repeal. In an appearance on Fox News, he said on Friday: "Those who’ve said the internet as we know it is about to end have been proven wrong starting this morning. We have a free internet going forward." Every idiot knows the repeal didn't actually take effect on Thursday, but why start sharing facts now?]

With the new Order, the FCC is stripping itself of the powers to hold Big Telecom accountable as the job has now been given to the Federal Trade Commission, which remains unwilling to take it up and considers itself a scapegoat for the FCC. While the FCC may have become "toothless" as one FCC commissioner had called it, officials in more than a dozen states are trying to take on the job of protecting net neutrality.

After the FCC repealed the net neutrality rules of no prioritization, no blocking, no throttling, and no paid fast lanes, the New York Attorney General Eric Schneiderman said he would lead a multi-state lawsuit against the Commission to preserve the open internet protections. The lawsuits were actually expected since the FCC essentially bypassed the due process by completely ignoring the public comment process.

After New York, according to reports several other states have also pledged to join this lawsuit, including:

"Today, I am announcing my intention to file a legal challenge to the FCC's decision to roll back net neutrality, along with attorneys general across the country," Washington State Attorney General Bob Ferguson said.

"We will be filing a petition for review in the coming days. Allowing Internet service providers to discriminate based on content undermines a free and open Internet. Today's action will seriously harm consumers, innovation, and small businesses."

The new rules (or lack thereof) also make sure that states cannot enact their own net neutrality rules - a clear favor to the big corporations. This part of the new Order is probably what's getting on the nerves of most of the states.

Net neutrality advocates in states that haven't yet publicly pledged to suing the FCC are encouraging people to contact their representatives (here's how) to make sure they know their voters aren't happy with this decision. It should be noted, however, that at least 105 lawmakers had written a letter to Pai supporting his war on the internet. As it later turned out, Big Telecom has been paying in hundreds of millions of dollars to buy lawmakers on both sides of the party line.

Apart from lawsuits, Senator Charles Schumer of New York said he is considering trying to force a vote on the FCC action under the Congressional Review Act. However, this reverse requires the approval of the Senate, House and President Donald Trump, with both the majority of Republicans and President himself in support of the repeal.

Since now it's okay for the Democrats to fight in favor of the net neutrality rules (it had taken several years of activism and public outcry before they were originally passed during a Democratic government), several Democrats in Congress have planned to file a legislation that could reverse this repeal. While some Republicans had publicly opposed net neutrality repeal, it would be surprising to see this legislation get through Congress, where a majority of Republicans are in favor of the repeal.

"We will fight the FCC's decisions in the courts, and we will fight [them] in the halls of Congress," Sen. Ed Markey (D-Mass.) said. "Our Republican colleagues have a choice - be on the right side of history and stand with the American people who support net neutrality or hold hands with the big cable and broadband companies who only want to supercharge their profits at the expense of consumers and our economy."