NASA planned to launch five rockets into the upper atmosphere of the Earth between January and March. One of these rockets was launched on 13th February from the Poker Flat Research Range in Alaska. The rocket launched will form white artificial clouds during its brief 10 minute flight. And each of the rockets that will be launched will contain certain tools to explore the aurora borealis and its interaction with the Earth’s upper atmosphere and ionosphere.

Unbelievable man made white puffs will appear in the skies

Under the current scenario, NASA launched two 56- foot long Black Brant IX rockets into space at the same time. This will lead to the formation of artificial clouds in the space which will be around 60 to 100 miles away from the Earth’s surface. The two rockets will fly to different altitudes above the Earth and will help the researchers understand the aurora in much more detail.

One of the two rockets launched is expected to fly to an apogee of 201 miles while the second one is expected to top out at around 107 miles. Only the rocket with the lower altitude will form the white luminescent clouds during the course of its flight. The artificial clouds will form a sky-high structure of the movements particularly of the aurora winds.

“This experiment seeks to understand the height-dependent processes that create localized neutral jets within the aurora.” 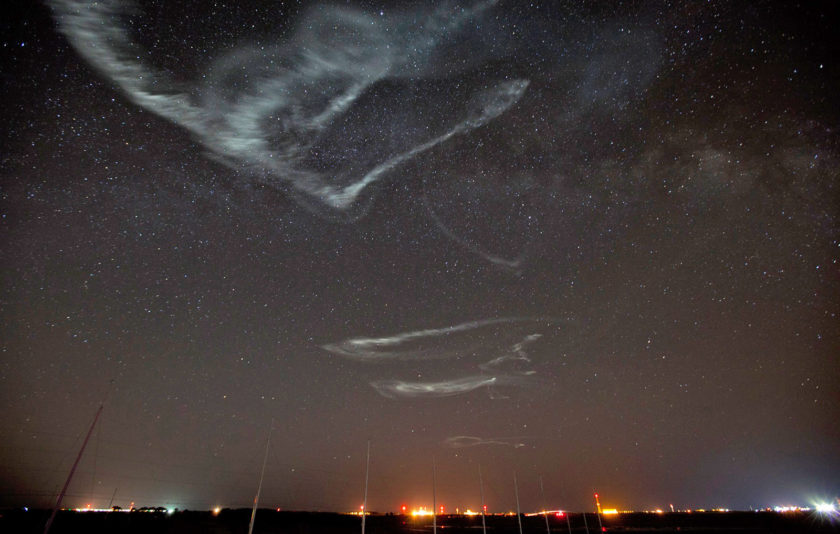 NASA posted on its website: “Scientists at NASA’s Goddard Space Center in Greenbelt, Maryland, explain that electric fields drive the ionosphere, which, in turn, are predicted to set up enhanced neutral winds within an aurora arc”.

This is absolutely non-hazardous according to the space agency

According to NASA, the amount of the material used is even less in quantity than a traditional fireworks display therefore it “poses absolutely no hazard to the community”.

This is a good initiative that the researchers at NASA are taking. The better understanding of the aurora winds is much needed while this formation of the luminescent clouds will be cool to see. NASA has also made plans to explore Europa, the icy moon of Jupiter, in the coming years. Do let us know what you think about all of this in the comments below.

You can also watch the videos of the live stream that took place here.