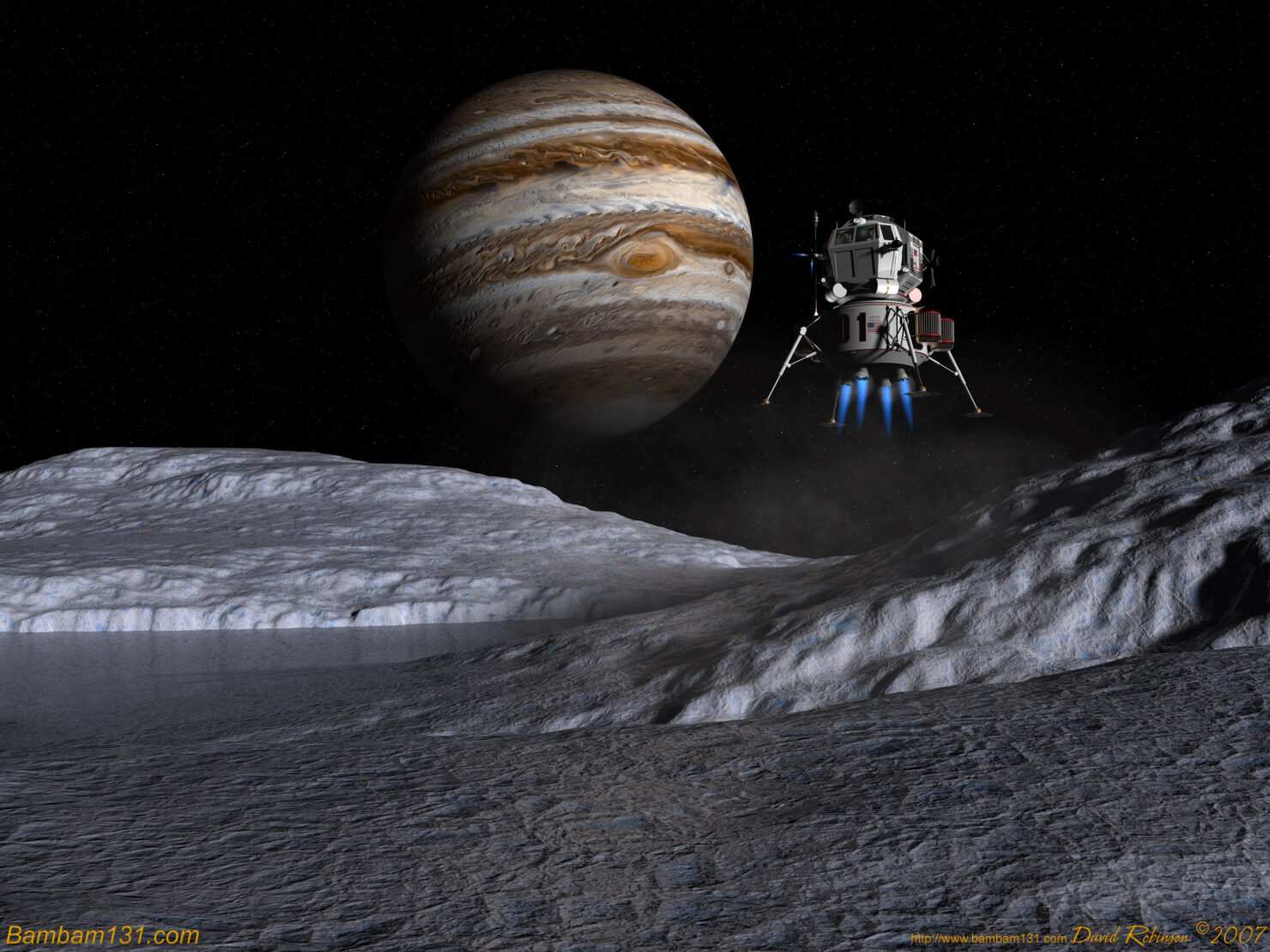 NASA has been exploring our universe in search for extraterrestrials to no avail. But the determination is still strong and now a team of researchers at NASA plans to send a mission on one of the moons of the biggest planet in our solar system, Jupiter. The scarred, icy moon of Jupiter is called Europa and is the smallest of the four Galilean moons that orbit the planet.

The search for extraterrestrials continues

The plan is to drill the moon’s surface in search for extraterrestrials. A report from NASA has shown details of a plan for a lander that will potentially be able to dig about 4 inches deep into the crust of the moon. This probe will then analyze the samples that it digs, using on-board instruments, and will report back the findings to the space agency. The findings will then be used to determine whether alien life was or could ever survive on the planet. 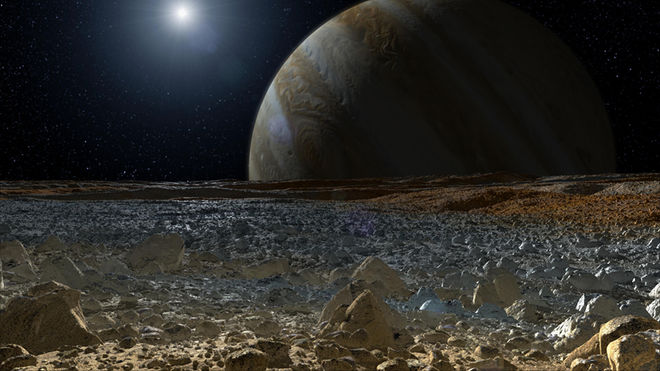 A simulated view of Europa

Even though there have been several fly-bys near the moon, we still don’t have a lot of information about it. The environment of the icy moon is still dubious and therefore the researchers expect the probe to have some trouble with unexpected conditions that may have to be dealt with on the ground. But, they think that they may be able to crack this problem with the new lander concept. This new mission will probably be launching in the year 2024 and will hopefully arrive by 2031.

"I was skeptical that we could in fact design a payload with a reasonable technological maturity and relative simplicity. Thanks to the engineers, a very practical solution was found and the payload we put together is not overly ambitious."

"The bottom line is I became much more of a believer that this is a mission that can be done in a time frame I'd be interested, in the next 20 years or so," he added.

The researchers are also very keen to look for signs of any past or present life that is on the icy moon. The evidence of which will be hidden in elements like isotopes (biosignatures). Apart from looking for any kind of alien life on the planet, the researchers are also keen to view the potential habitability of the moon. In addition they are also looking forward to understanding the surface of Europa so that successful missions could be sent to the moon in the future.

The future missions that may follow this one will eventually drill down to the underground ocean that is presumed to be below the surface of the moon. Although that may be a long way down the road as the ocean is thought to be around 11.8 miles below the surface. And there is still doubt that the ocean actually does exist, but if it does, and evidence strongly suggests that it does, then Europa may be the best chance we have of finding any alien life. I say this because usually where water is found, life follows. 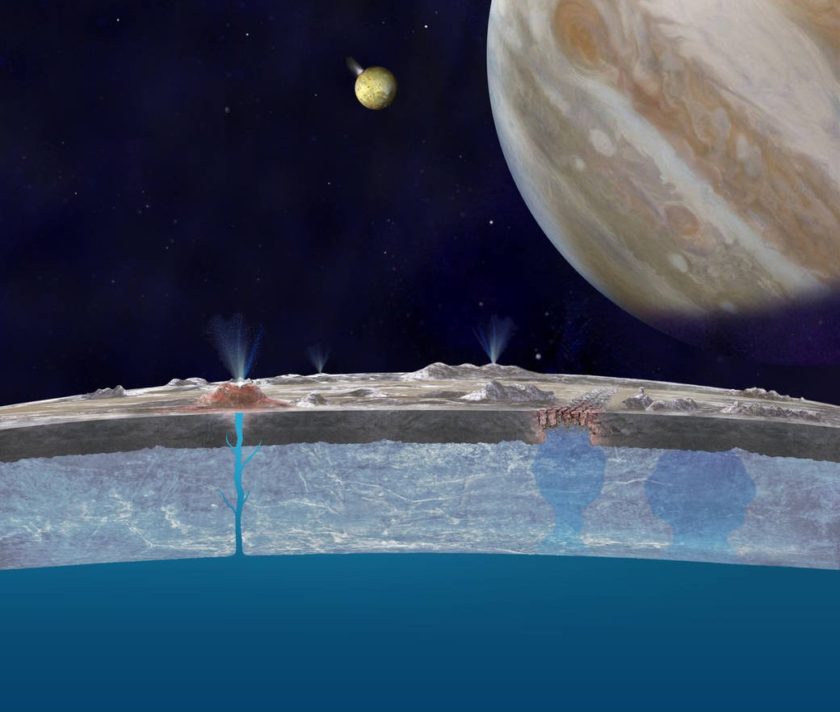 More than a decade long wait

Another way that researchers will be able to gather more data about the moon before the actual probe is launched is by the next fly-by that NASA has planned. It will take place in the early 2020s and the information gathered will be useful to the 2024 launch. The report launched by the team is extensive and hopes to gather some good feedback from the scientific community about what might be a good plan to go about this mission and the design of the lander.

"This mission would significantly advance our understanding of Europa as an ocean world, even in the absence of any definitive signs of life," the researchers explain in their report, "and would provide the foundation for the future robotic exploration of Europa."

If everything goes according to plan then we could see the lander in action in the next decade and would hopefully get some results about the icy moon in a few more years after that. Till then we have to wait and see what happens, maybe something good will show up in the fly-by proposed. Do check out the report on NASA’s website and give us your feedback on this whole issue. Do you believe that alien life does exist? Let us know in the comments below.